Brother Harlan was arriving in EssEff for a meeting scheduled on Monday. Apparently Westnorthern is moving in on Stanford turf. He arrived early so we could make an abalone run. Picked him up after a late flight into SFO, and drove straight to Sea Ranch.  It's our first dive of the season, so we spent the morning getting the license squared away and equipment checked out. Then off to our favorite cove. 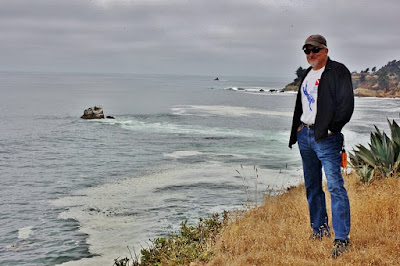 We had high hopes for great ocean conditions in the cove. 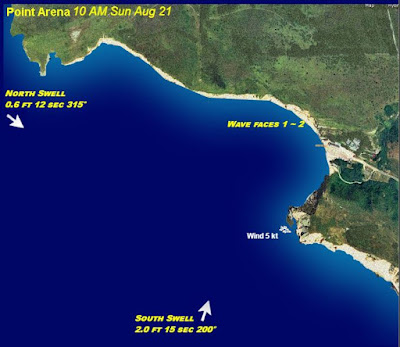 This swell forecast from earlier in the week is what we were expecting for the weekend. It didn't turn out that way.

It was a weird day.  The cove would look calm for 5 or 10 minutes then a series of 3 to 6 big breakers would roll into the mouth and break along the full length of the cove. 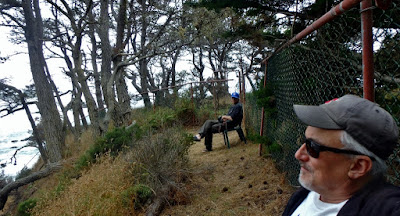 We spent a couple hours staring at the cove, finally deciding caution was the better part of valor. 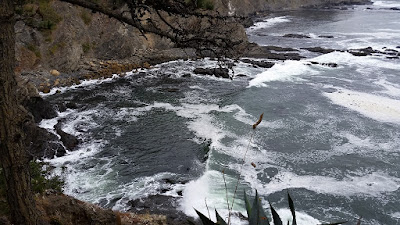 The abalone will still be there tomorrow.  Instead, we went for a hike among the redwoods in Gualala River Redwood Park. 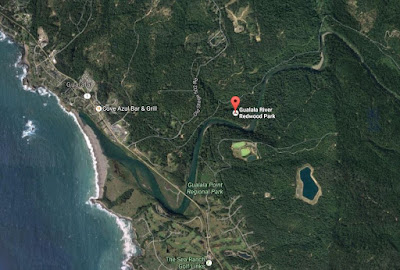 Always amazing to walk among the giants. 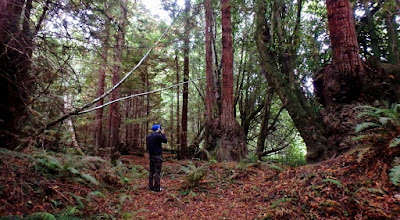 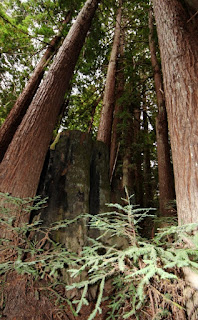 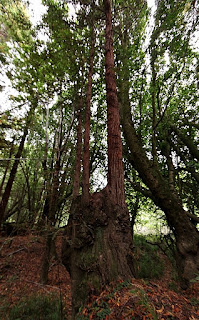 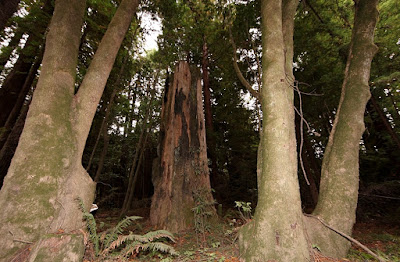 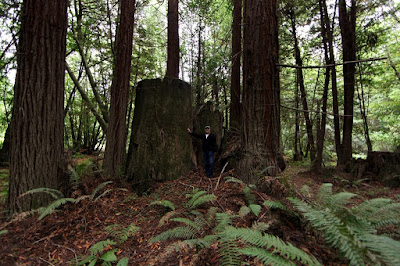 Found this fresh track in the mud and wondered if it might be a mountain lion... 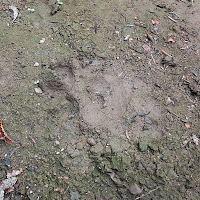 Upon further review, a coyote or big dog is more likely.

Sorry to see some of our favorite local restaurants closed in Gualala, but remembered Cove Azul...