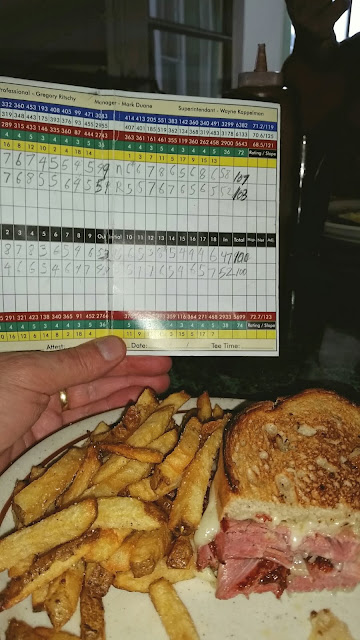 Even a reuben and beer at the Sharp Park Grill failed to assuage my bruised feelings after another collapse on the back nine.

Roy had to audit my arithmetic but the scorecard did not get any better utilising his "elitist" accurate math. The worst part - after leading him at the turn, he won The Grudge Match. I was forced to turn over the coveted Bud Light Mirror Trophy which he will undoubtedly proudly display prominently in his living room.

The shocker is BP at 100. Must have been a tough day. 107's terrible but I've done much worse as I believe you have witnessed.