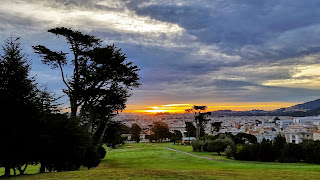 Played the back at Sunrise at Lincoln Park. Wanted to check out the track after the City Championship qualifiers over the weekend. 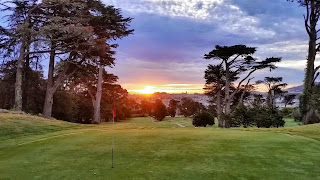 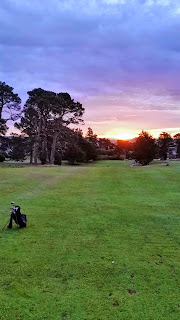 The City Championship is one of the great golf traditions in San Francisco. According to Bo Links, it  is the oldest consecutively played golf competition in the world. Who knew? 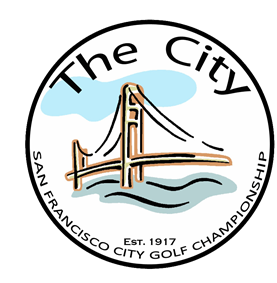 "Although professional golf has come and gone at Harding, it is amateur competition that has kept the legend of this storied links alive. And despite the fact that the national public links championship is the pinnacle for a municipal facility, the two USGA events in 1937 and 1956 are not Harding’s true signature. That high honor belongs to the San Francisco City Championship, inaugurated in 1916 with the opening of Lincoln Park, and later shifted over to Harding following its opening in 1925. “The City,” as the local championship is known, is the oldest consecutively played competition in the world. Even the British Open – golf’s oldest championship, which began in 1861 – took time off when the world was at war. So did the U.S. Open, the PGA Championship and the Masters, the other events comprising the modern “Grand Slam.” So did virtually every other major event. Not so, the City. Players have trudged through rain and mud for 86 consecutive years, even while American troops were engaged on foreign battlefields."

Comparing my 46 from the blues to some of the qualifying scores. 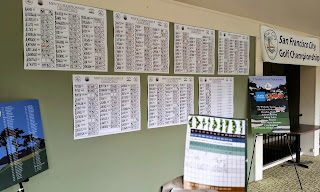 If I played 18 at the same pace, I would have had a 92. The highest score at Lincoln among the entrants was an 85.  I made a wise choice to not enter. Although,  the Senior qualifier is March 21. Just sayin...