Dispatch from the front lines of The EssEff Golf War

Readers who have followed the twists and turns of the on-going Sharp Park Golf War may recall the WEBLEEDU Axis (Wildly Equitable Biodiverse Litigants for Ecological Extortion and Deep Untruths) had their federal lawsuit to curtail golf  operations at Sharp Park dismissed in December, 2012. Subsequently in March, 2014 they lost the vote on a San Francisco Board of Supervisors resolution intended to sabotage needed Sharp Park habitat and infrastructure improvements. Since then Sharp Park has not been in the news much, but that is about to change.  Time to get caught up.

ITEM: Sharp Park will be back in court on Wednesday March 11

The San Francisco Public Golf Alliance has the details:

"The Federal 9th Circuit Court of Appeals will hear oral arguments on March 11 regarding U.S. District Judge Susan Illston's decision to dismiss the endangered species lawsuit filed by Wild Equity Institute and other environmentalist groups.  Judge Illston in December, 2012 declared the case moot after the U.S. Fish and Wildlife Service issued its Biological Opinion that expressly permits continued operation of the golf course and mandates various other actions to protect the California red-legged frog and San Francisco Garter Snake. The case is Wild Equity Institute vs. City and County of San Francisco, No. 13-15046.  Oral argument will be held in the 9th Circuit Courthouse, 95 7th St. (NE corner of 7th St. and Mission), San Francisco, Courtroom 2 (Third Floor, Room 330), at 9:00 AM before an appellate panel of Judges William J. Fletcher, Andre Davis (a judge from the 4th Circuit U.S. Court of Appeals), and Morgan Christen."

Let's review. In March 2011 WEI et. al. sued the City in federal court over golf operations at Sharp. In December 2012 Judge Susan Illston dismissed the lawsuit, prompting an Orwellian post at WEI explaining that by having their lawsuit dismissed they actually won. Whatever. They subsequently petitioned the court to have the City of San Francisco reimburse them $1.3 million in legal fees which they supposedly expended in the dismissed lawsuit against the City of San Francisco. Really. That happened. Ultimately the judge did award the plaintiffs $386,000 in fees, or about 25% of the "billable hours" they claimed. Subsequently, WEI filed an appeal against Judge Illston's decision to dismiss their suit. Oral arguments are on Wednesday. It will be interesting to hear why they need to appeal a ruling they claimed they "won".

It's now four years on since their initial lawsuit. Four years of delaying what scientists, practical environmentalists and government agencies know will improve the managed endangered frog and snake habitat at Sharp Park.  Four years of WEI continuing to pile up "reimbursable" billable hours. You can't say I didn't warn you.  Stay tuned. 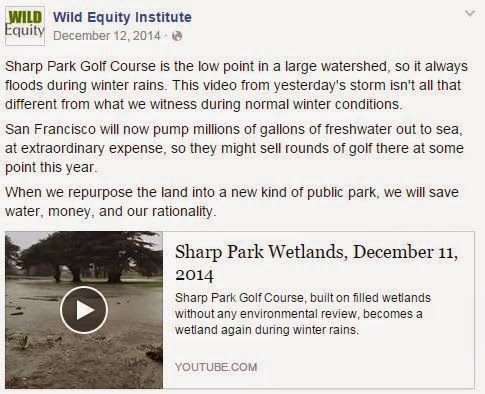 Last December, WEI highlighted a video clip of flooding at Sharp Park during one of the worst storms the region has seen in years.  Apparently WEI is completely unfamiliar with the concept of "winter". Golf courses are outdoor venues and, of course, subject to the vagaries of weather. WEI may be surprised to learn that many golf courses not located in tropical climes actually close completely for "winter". Even tropical venues close for extreme weather events. So it is not surprising that Sharp Park closes some or all of the course for days or weeks during "winter" depending on conditions. For the benefit of WEI, this is called "normal golf operations".  The same kind of  common sense management you would see at any course in the world. Par for the course, so to speak. 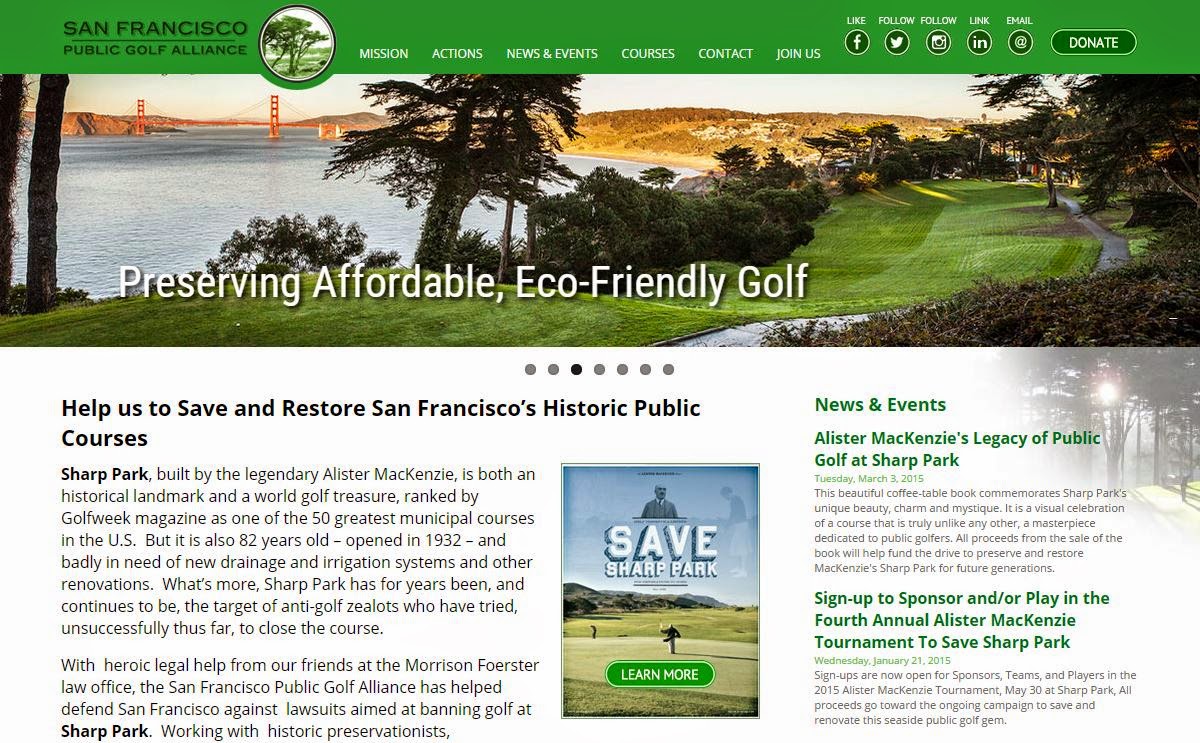 "We've given our website a facelift! The old website served us well in our early years as a grassroots movement defending our San Francisco municipal golf course civic gems from the misguided and misinformed who seek to destroy them.  The battle for Sharp Park is not over. We need to defend against appeals pending in the courts, support needed infrastructure renovations, push for habitat restoration, persuade our civic leaders, and correct disinformation from disingenuous opponents promoting misleading PR campaigns. We hope this new, improved, more accessible website will help galvanize our supporters and better engage and inform the public about our mission.

The changes are more than skin deep. We have also changed our primary domain from SFPublicGolf.com to SFPublicGolf.org in order to better reflect our status as a 501.c.3 non-profit, public benefit organization.

Help us get out the word about our new site and support our mission. Please - Like us on Facebook! Follow us on Twitter! Link us on LinkedIn! Like our pictures on Instagram! The more social media support we get from you, the bigger the impact we can have as an organization."

They've done great work defending a great course and deserve our support. Follow them on social media, donate to the cause, and play in the 2015 Alister MacKenzie Tournament for Sharp Park.

The San Francisco Public Golf Alliance will continue to fight the good fight to protect this important historic legacy for future generations of San Franciscans, Pacificans, preservationists and golfers the world over.

Finally, with apologies to Winston Churchill, this... 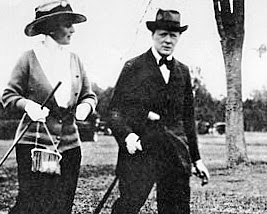 Cross-posted at Fix Pacifica
Posted by mw at 12:58 PM