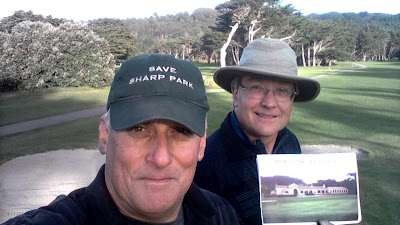 We were planning to spend New Year's Eve with friends in Carmel, but Sigrid woke up with the flu or bubonic plague or something, so we had to beg off.  This created a problem. 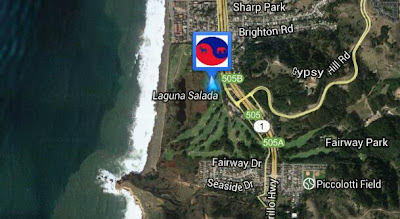 My 2012 New Year's golfing resolution was to play more rounds of golf  than the POTUS. As of this morning I was locked in an 18 round tie with President Obama, leaving me one short of accomplishing my goal.   Roy agreed at the last minute to meet me at Sharp Park for a twilight round to play out the old year. 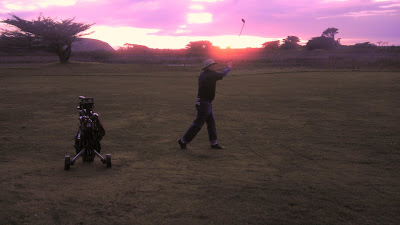 No time to Live Blog. Even with a lot  of creative course management randomly switching holes to avoid the slow groups in front of us, we almost did not get all 18 in and finished the last hole in complete darkness. 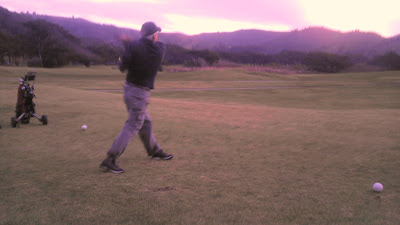 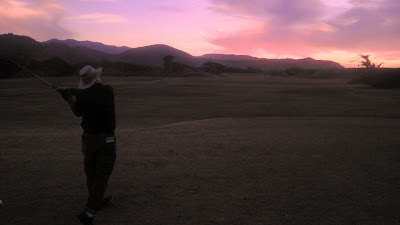 I did not play well, but at least I kicked Erickson's and Obama's ass.

Congratulations on both counts, and also that you didn't come down with a more serious cold/bubonic plague yourself.

Keeping up with the Golfer in Chief is too hard. I am considering a 2013 New Year's golfing resolution quantifying some actual real improvement in my golf game. I don't want to fly too high though. Look what happened to Icarus. Maybe getting my index back to a 25 handle.