At Camp and settling in... 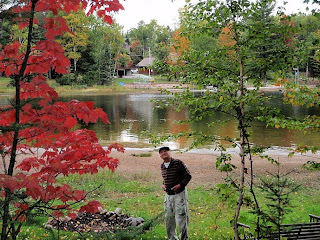 Arrived at Camp around 6ish EDT. Barely had time to unpack the car, admire the early color, and stare in dismay at the receding waterfront, when this happened - 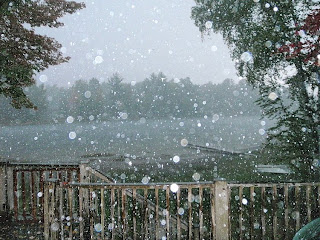 The skies opened up with big lightning, rolling thunder, and even some hail.

This gave us some time to unbox and assess the supplies sent from Joel. We were delighted to see our new favorite cousin included samples to inspire us with our prospective beer brewing venture. He is setting the bar high for Sean to clear with the Escanaba Pail Ale (working title). 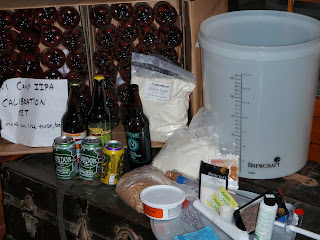 In other news - Shag Cam is back on the air, and the Bears came back from a big deficit in a hostile Quest Field to lay a can of major whoop-ass on the sad sack Seattle Seahawks. I think Seahawk fans have had a complex about the Bears ever since they lost in the NFC Championship Game a couple years ago. All in all, a very satisfying victory.
Posted by mw at 9:59 PM

With Favre revitalizing the Vikes, it looks the NFC North is the elite division of the NFL this year.

well, how deep is it now.? it was 8 1/2 inches at the end of the dock labor day weekend.
glad brian arrived safe and sound. kept thinking last night how uncle sid would have disapproved of the all night drive into the northwoods.
wow 30 deer sited on way up! those deer dont know the rules of the road.
really cold and windy back home too!
Autumn has come in like a lion.!

great pictures... you should send them into the weather channel so all could see the changing of the weather...