I an not sure whether this is a sailing thing, or a Morpheus thing, a personality quirk on my part, or All Of The Above, but it happens every time. We are safely ashore after a passage, and an eating and drinking binge proceeds apace.

Moreover we start drinking things that we know we should not be drinking - sweet drinks, dessert drinks, multi liquor abominations, designer "house specialties"  that virtually guarantee a killer hangover and, inexplicably, often in combination the same night.  It happened after our arrival in the Azores on our first transatlantic passage, in Cabo with the arriving race crew, after returning to San Francisco from Hawaii, and other instances that I didn't blog and/or prefer not to recall. I think I can count 3 of my top 5 worst life-to-date hangovers to the day after a Morpheus landfall.

So, with lessons still not learned, for this post we will simply get this over with and document some of the food and drink consumed in the days immediately following our landfall in Antigua.

We'll start with Flatties Flame Grill. Since the beginning of the passage, Jim has been enticing us with tales of all-you-can-eat-ribs at Flatties. 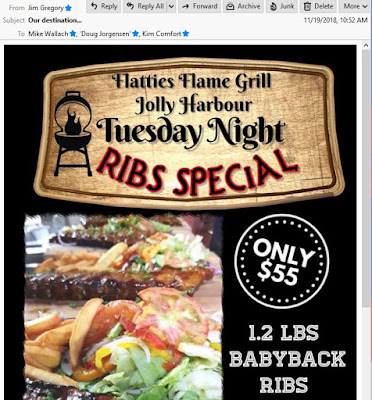 We were a day late for the the Tuesday night special, but we made up for it with two dinners at Flatties in the next 3 days. 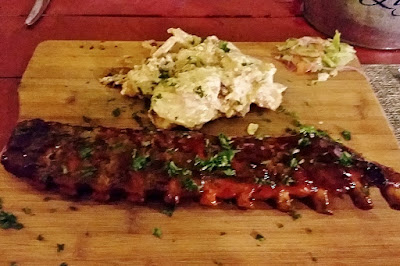 Make no mistake. The food at Flatties is great. The ribs are great... 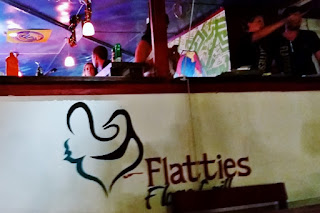 ... but the Espedata is even better. 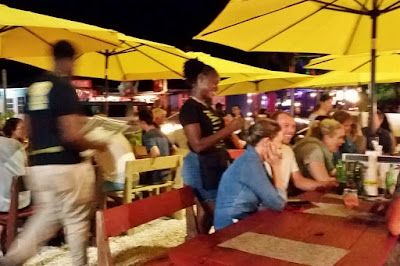 As much as we enjoyed Flatties, the culmination of our arrival was the official crew celebration dinner. The winner of the Morpheus Arrival Pool gets to choose the venue. Despite some question about the integrity of the pool winner qualification process, Kim was declared the winner of the pool.

Her selection of the relatively new Italian eatery Incanto in English Harbour was inspired, the meal was fantastic and, as consequence, all subsequent pool recount challenges were dropped. 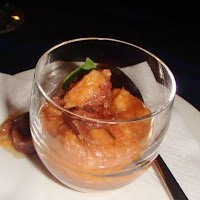 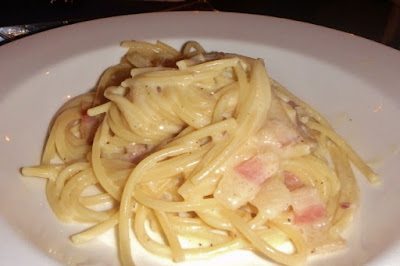 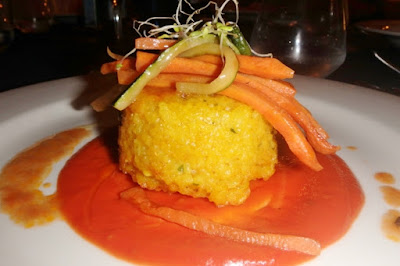 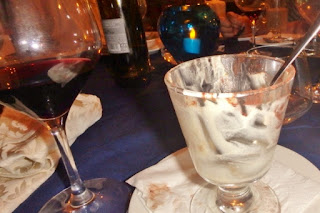 For the rest... these pics happened in Jolly Harbour, Falmouth Harbour, and English Harbour over the days following landfall, but I cannot tell you exactly when and where ... 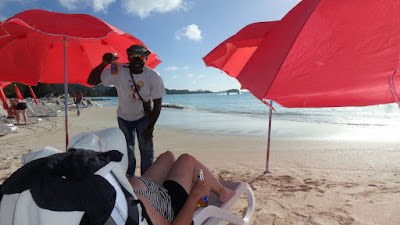 At some point we were coerced into a round of pile drivers (I think) that we did not need at "The Admiral's Inn" under the watchful eye of Admiral Horatio Nelson in English Harbor. 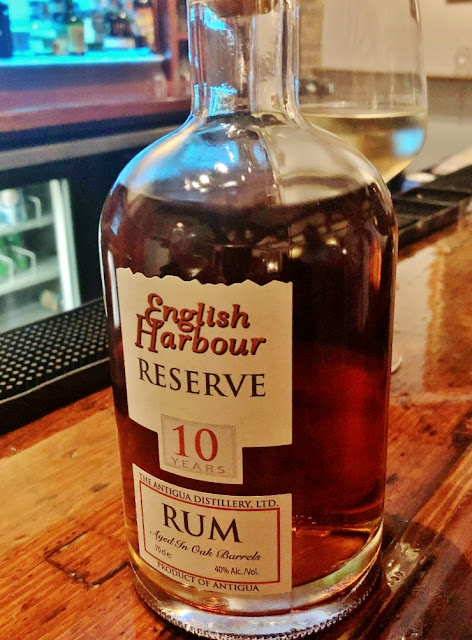 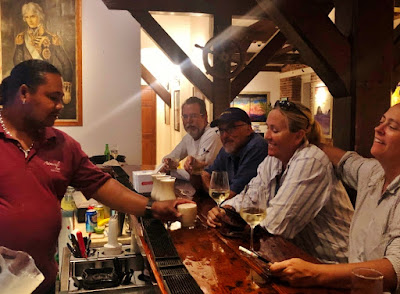 Then we were coerced into another round that we needed even less. 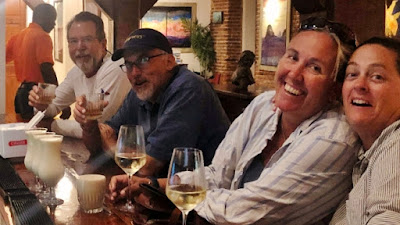 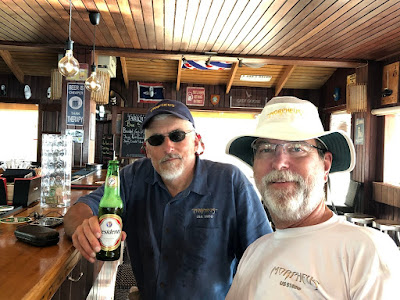 ... and mudslides at a table in Falmouth Harbor. 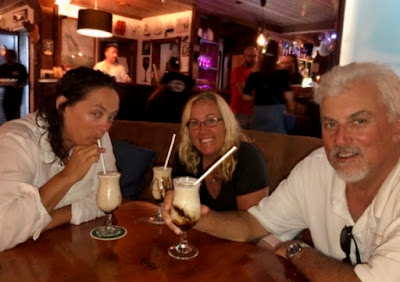 This is Jacqui O's on the beach near Jolly Harbor... 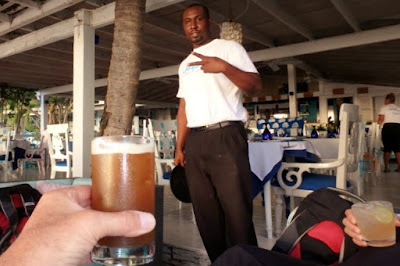 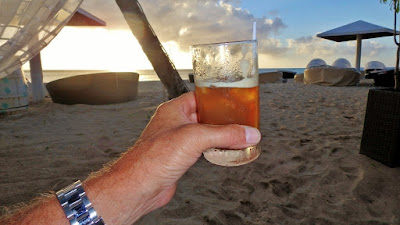 It's a great spot for sunsets on the beach and whatever the hell is in this "signature drink" is that I am consuming in these pics.

It wasn't all formal food and drink. There are a lot of casual eateries along the walk between Falmouth and English Harbor. We were not disappointed in any we sampled. We'll conclude with one standout - Roti Sue ... 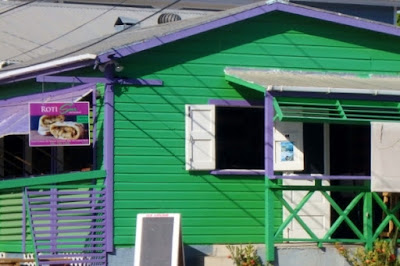 I had the beef, Jim and Deb had the chicken.  A local delicacy, at a local roadside institution, served with local beer and local hot sauce...