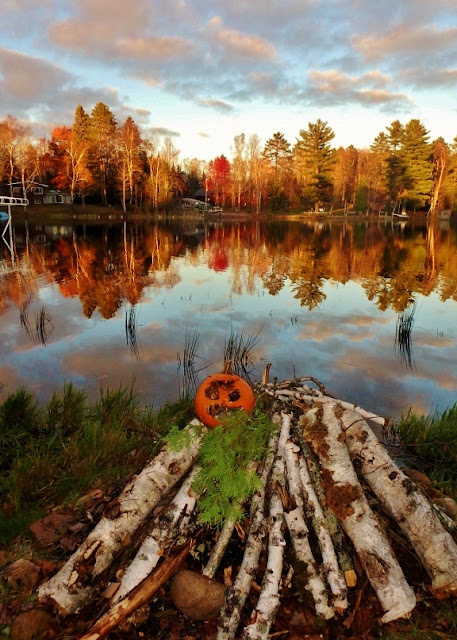 With the fish smoked, and weather taking a turn, it was time to get a little work done. After all winter is coming. We needed wood... 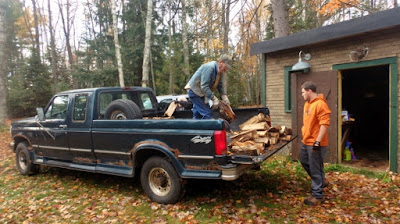 .. and our favorite Yoopers delivered a couple of face cords. 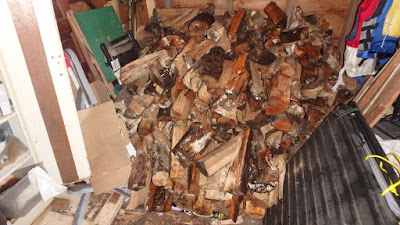 We cleaned up the grounds and collected enough wood for a bonfire... 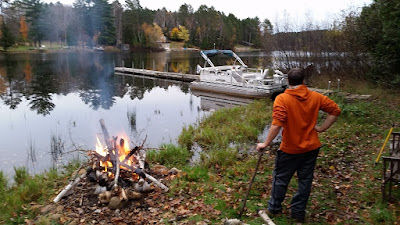 And most importantly, before Brian took off, we needed to get the dock out. Did I mention weather coming in? It was a little more weather than we were expecting: 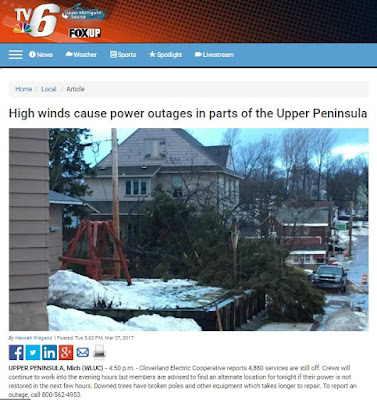 Gale whips area -Storm churns waves, closes schools, causes power outages
“We have a very intense fall storm affecting the upper Great Lakes and obviously producing significant strong winds and very high waves out on the lake,” Zika said. “We probably have to go back six or seven years to (find) the last time we’ve had a full-blown fall storm, high-wind storm, affecting such a large area.” Winds have been recorded up to 70 mph over the lake and 50-60 mph on the coast and inland, Zika said. Winds will continue throughout the morning and start to subside in the early afternoon, with a total of one to three inches of rain expected...

UPPCO spokesman Brett French said in a statement that about 6,000 UPPCO customers were without power in Marquette, Alger, Delta, Houghton and Keweenaw counties as of 10:30 this morning. Hardest hit areas include Gwinn, K.I. Sawyer, AuTrain, Calumet and Hancock."

We lost power and a bunch of tree branches came down around camp. Worst was the top third of a tree fell on the shed, but fortunately hit low enough that it caused minimal damage to Harlan's recently repaired roof. 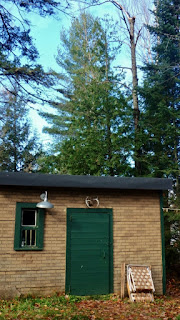 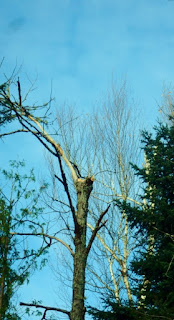 The branch did take out an ATT phone cable.. 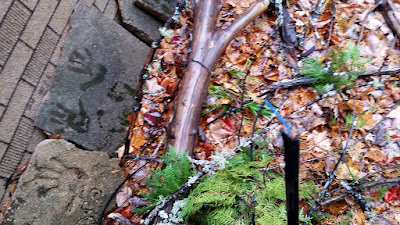 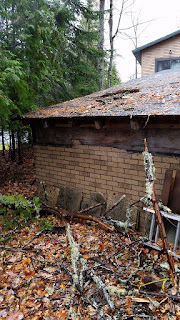 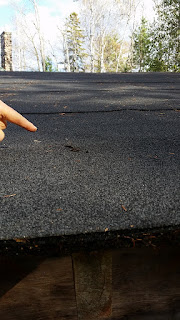 After sweeping off the debris, it was almost good as new. 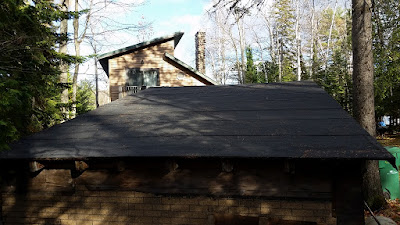 Called Craig and arranged to get the pontoon boat on bricks. 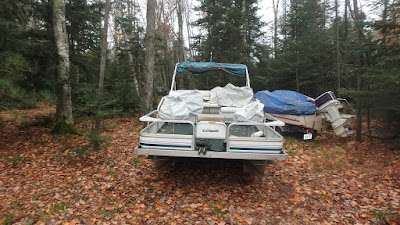 Found enough debris out of the storm for another bonfire. 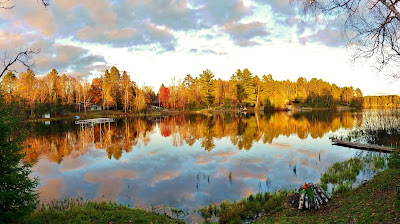 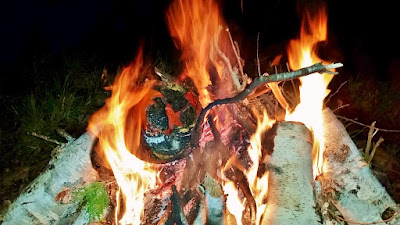 After that, we continue to survive on whatever leftovers we could find in the freezer. 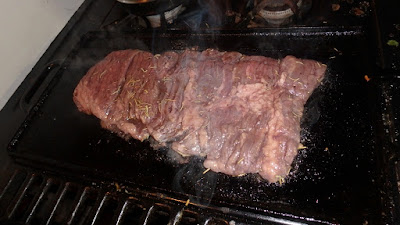 All Harlan left us was a marinated skirt steak. 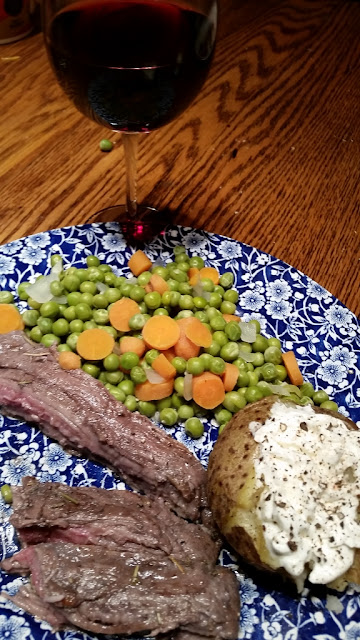 Another day for final cleanup, and we were ready to depart. 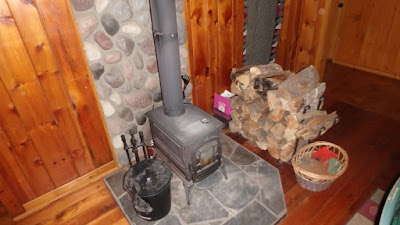 There are a few more details, but I'll save that for my traditional eagerly anticipated Annual Review Camp Close Family e-mail. Time to go.