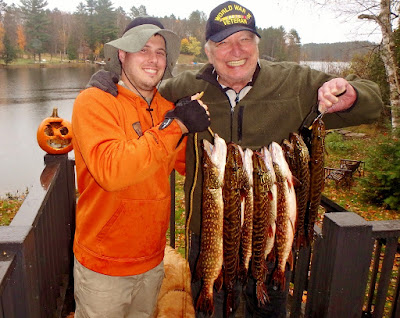 The best antidote for watching the Cubs season end is to get in the car and drive to Shag Lake. The next morning Dad and I did exactly that. This would be a much shorter trip than our usual excursions North. Katie's wedding is scheduled for about 10 days hence, which would only give us about a week at the lake. 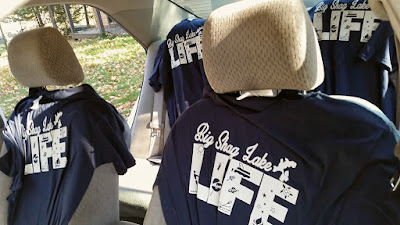 Brian arrived a day earlier, so we were welcomed by a warm fire and open door at Camp. Brian also brought his smoker and that set the agenda for the next few days. If we were to get enough fish to make the smoking effort worthwhile, we had to catch a bunch of fish over the next couple of days. We were past the bass season, so fishing for pike was the order of the day. 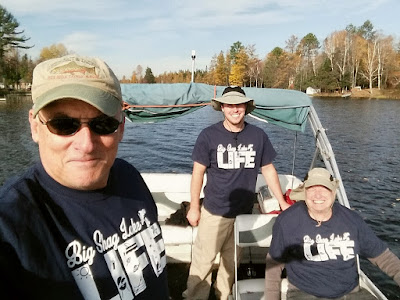 Generally speaking, the fish gods do not respond well to deadlines and mandatory catch size. But they were smiling on us this trip.  Our first day brought 70 degrees, blue skies, and plenty of pike.

I got the first fish and biggest fish with a 26 inch beauty minutes into the first excursion. It was a preview of coming attractions. 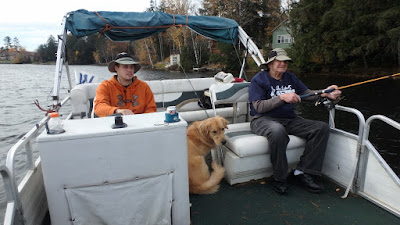 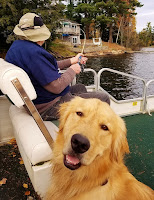 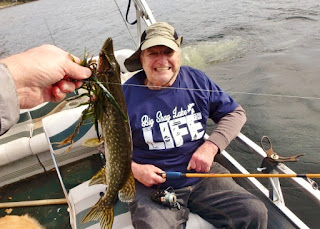 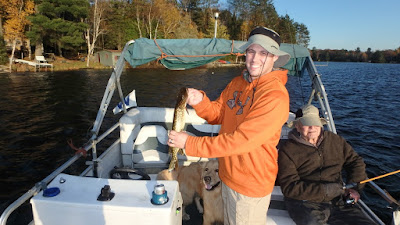 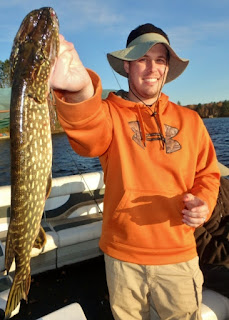 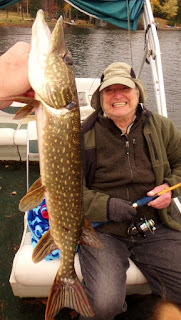 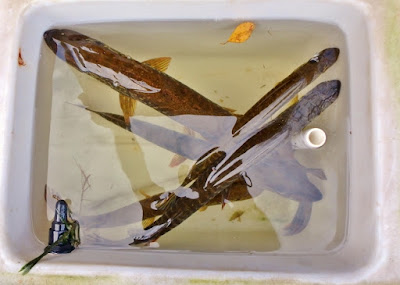 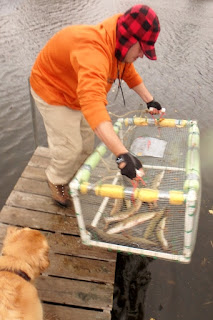 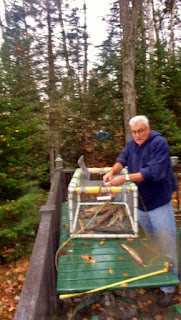 Over the two days, we caught 12 pike. Dad caught the most fish with 7, Brian got 3 and I got 2 (but I was driving the boat most of the time). 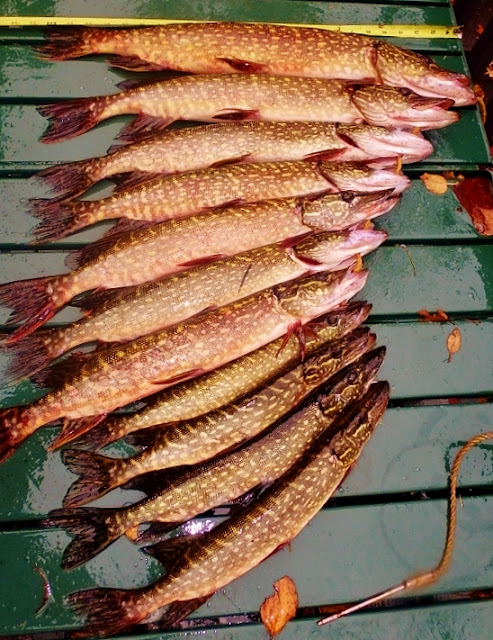 One pike was sacrificed as an offering to the Eagle and Turtle Gods. Four of the fish were filleted for a "Tasty Northern Pike" dinner preparation. 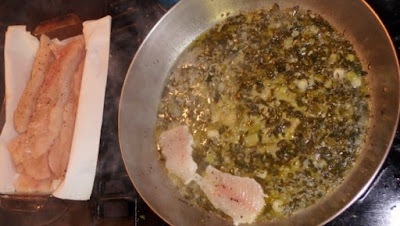 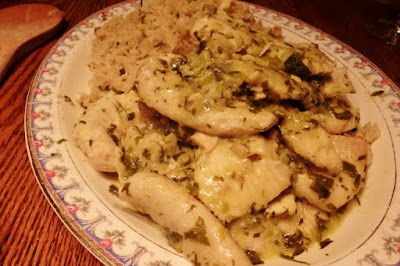 The remainder went into a brine preparation and smoked. 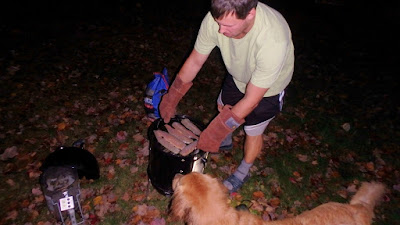 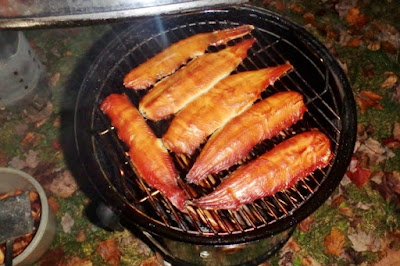 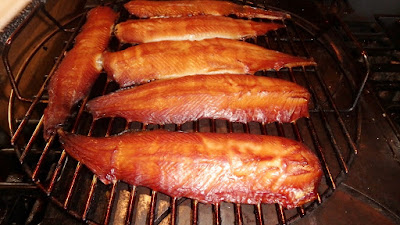 The culmination...
Definitely turned out better than last time.
Posted by mw at 11:16 PM