"After breakfast, our rep and private car will pick you up for last transfer to Cairo Airport to board your flight to home"

"Arrival Amman - Upon arrival, a member of our staff will meet you at Queen Alia International Airport. Transfer to hotel in Amman." 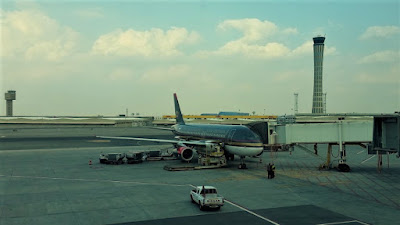 Journal:
We say our final fond farewells to our Egyptian hosts and are again expertly transported to and through the Cairo Airport. It's a short flight to Amman, but the Royal Jordanian Air flight was delayed over an hour before we got off the ground. Our bags were inspected three times from the curb to the seat. Once through an x-ray machine as we entered the airport. Again through the normal security as entered the gate area. Finally our carry-on bags were inspected by hand on the gangway as we boarded the plane. We're not sure whether to feel more secure or more nervous. 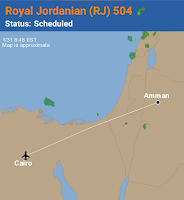 Amman is colder than we expect, but the reception is warm. 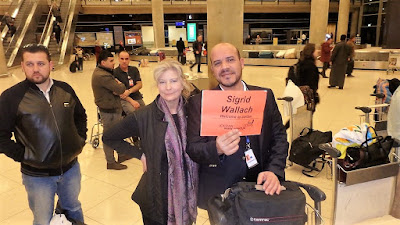 This is an inflection point in the tour. Different country, different tour operator, but everything is still on track. Machmud greets us at the airport, escorts us through immigration, helps me get to an ATM and points me to the right network service to swap out the sim card on my Samsung.  We meet our driver Alaa who will be our point person accompanying us through our 10 days in Jordan. he drives us to the Le Meridien Hotel  through a cold rain. And, of course, yet another birthday cake and another room with a view. This is birthday cake number four if you are keeping track. 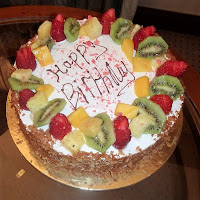 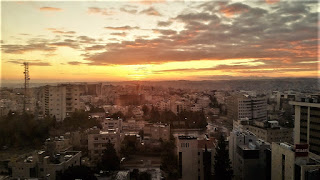 The Egypt portion of our trip is at end, but before we move on I feel compelled to wax poetic about the two weeks of amazing sites, sounds and people we experienced in this ancient land.  I feel like I should do that, but I don't have the poetic skills. So once again I will defer to Mark Twain from his 1869 travelogue "Innocents Abroad".

In this excerpt Clemons expresses frustration at using the written word to communicate the rich history and tapestry of touring Egypt and his reverence for what he saw.  If one of the greatest American writers of all time felt his skills inadequate to describe Egypt, what chance do I have with this little blog? So I'll once again just leave the task to Samuel Clemens and link the places he describes where they overlap our own experiences in Egypt: 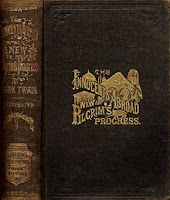 "I shall not describe the great mosque of Mehemet Ali, whose entire inner walls are built of polished and glistening alabaster; I shall not tell how the little birds have built their nests in the globes of the great chandeliers that hang in the mosque, and how they fill the whole place with their music and are not afraid of any body because their audacity is pardoned, their rights are respected, and nobody is allowed to interfere with them, even though the mosque be thus doomed to go unlighted...  I shall not tell of Joseph’s well which he dug in the solid rock of the citadel hill and which is still as good as new, nor how the same mules he bought to draw up the water (with an endless chain) are still at it yet and are getting tired of it, too; I shall not tell about Joseph’s granaries which he built to store the grain in, what time the Egyptian brokers were "selling short," unwitting that there would be no corn in all the land when it should be time for them to deliver; I shall not tell any thing about the strange, strange city of Cairo, because it is only a repetition, a good deal intensified and exaggerated, of the Oriental cities I have already spoken of...

I shall not speak of the boundless sweep of level plain, green with luxuriant grain, that gladdens the eye as far as it can pierce through the soft, rich atmosphere of Egypt; I shall not speak of the vision of the Pyramids seen at a distance of five and twenty miles, for the picture is too ethereal to be limned by an uninspired pen...

I shall not tell how we feasted on fresh dates and enjoyed the pleasant landscape all through the flying journey; nor how we thundered into Alexandria, at last... as the mellow sun went down upon the oldest land on earth... I shall not speak a word of any of these things, or write a line. They shall be as a sealed book. I do not know what a sealed book is, because I never saw one, but a sealed book is the expression to use in this connection, because it is popular.

We were glad to have seen the land which was the mother of civilization --which taught Greece her letters, and through Greece Rome, and through Rome the world... We were glad to have seen that land which had glass three thousand years before England had it, and could paint upon it as none of us can paint now; that land which knew, three thousand years ago, well nigh all of medicine and surgery which science has discovered lately; which had all those curious surgical instruments which science has invented recently; which had in high excellence a thousand luxuries and necessities of an advanced civilization which we have gradually contrived and accumulated in modern times and claimed as things that were new under the sun; that had paper untold centuries before we dreamt of it--and waterfalls before our women thought of them; that had a perfect system of common schools so long before we boasted of our achievements in that direction that it seems forever and forever ago; that so embalmed the dead that flesh was made almost immortal--which we can not do; that built temples which mock at destroying time and smile grimly upon our lauded little prodigies of architecture; that old land that knew all which we know now, perchance, and more; that walked in the broad highway of civilization in the gray dawn of creation, ages and ages before we were born; that left the impress of exalted, cultivated Mind upon the eternal front of the Sphinx to confound all scoffers who, when all her other proofs had passed away, might seek to persuade the world that imperial Egypt, in the days of her high renown, had groped in darkness." - Mark Twain


Editors Note: I intend to pre-load and schedule automated blog posts with the daily itinerary for our Egypt and Jordan adventure. For those interested, this may be an easy way to follow along. Internet access is always a crapshoot. My hope is that by pre-loading the itinerary it will be easier to add some pics and journal commentary as time and the internet permits. If there are no pics or commentary, you'll just have to wait until we get back. Further Edit: Links and pics will be added to Clemens excerpt as I get around to it updating this journal in the weeks and months following this trip.

I love "Innocents Abroad," especially the descriptions of the American religious nuts he is touring with in the Holy Land. Good choice of travel reading material.