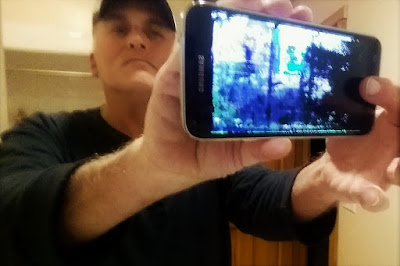 I hate it when this happens. My waterproof, shock-resistant, protective cushioned cover Samsung Galaxy 5 -  didn't. 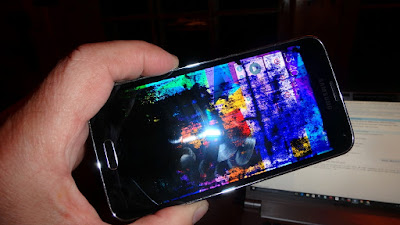 This was my first major mishap with the Samsung. Although, truth be told, a cracked smartphone screen is not a particularly unusual event for me. I am not saying it was my fault, but I was on the dock in flipflops to take pictures of the early frost... 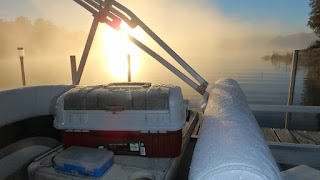 ... when something bad happened. Let's just say a small crack formed in the lower right corner of the screen, which precipitated a purple black cancer slowly spreading across the screen and eventually led to the Blank Screen Of Death.  So after a few hours with T-Mobile and the crappy Assurant phone insurance I overpay on a monthly basis, a replacement phone was enroute. Which would ultimately lead to more hours of switching apps, contacts, and backup photos.  Did I mention I hate it when this happens? The good news is that I remembered what is was like to be off the phone for a few days. 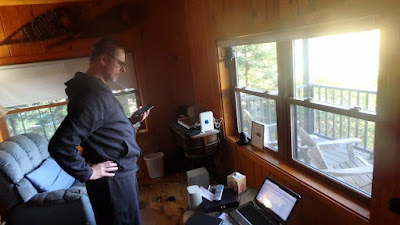 In other Tech Fail news, the ShagCam installation was showing it's age with periodic hallucinogenic color shifts across the deck and lake. Jeff brought an upgraded camera to replace the primary lake shot, and we decided to see if we could initiate a second ShedCam to monitor the winter snows on the the roof. 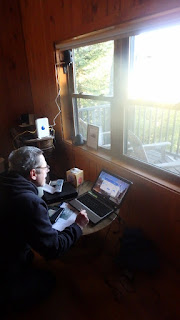 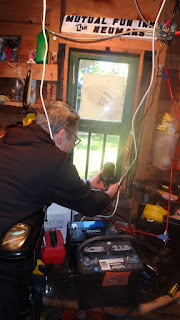 After much frustration, gnashing of teeth, and numerous calls to the vendor, we finally got it working.

UPDATE: After determining that WiFi would not be a reliable ShedCam connection, an additional Yooper work-around was devised - nuff said. 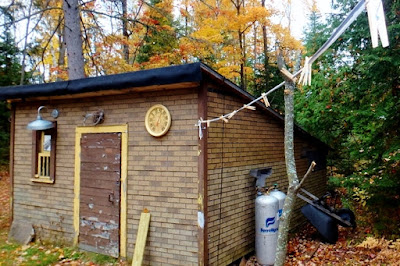