Cubs, Omens, Strange Signs and Portents in the Sky 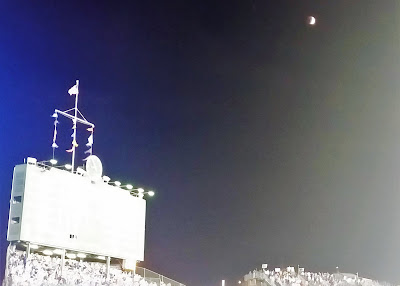 The night was filled with strange signs and omens in the sky, no doubt foretelling great and momentous events.  Significantly it was a full, blood, harvest eclipse of the moon:


"There is a total eclipse of the moon on the night of September 27-28, 2015. It happens to be the closest supermoon of 2015. It’s the Northern Hemisphere’s Harvest Moon, or full moon nearest the September equinox. It’s the Southern Hemisphere’s first full moon of spring. This September full moon is also called a Blood Moon, because it presents the fourth and final eclipse of a lunar tetrad: four straight total eclipses of the moon, spaced at six lunar months (full moons) apart. Phew!"

More significantly, the Chicago  Cub, led by likely Manager of the Year Joe Madden,  have clinched a spot in the post season playoffs. This young talented team is too naive and inexperienced to understand the utter hopelessness and despair of being a Chicago Cub player or fan. It's our best chance in decades.

This night the Cubs are playing their likely Wild Card opponent Pittsburgh Pirates. The likely Cy Young Award Winner Jake Arietta is on the mound, likely MVP Anthony Rizzo, and likely Rookie of the Year Kris Bryant in the lineup. 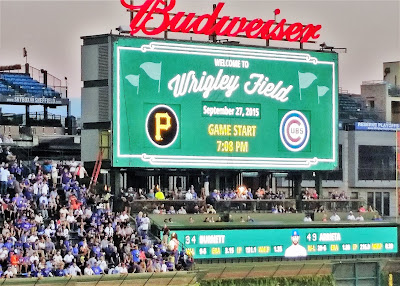 And I am there - in the Holy of Holies at the Temple - in the left field bleachers at Wrigley Field with my brother and nephew.

I was here, in the left field bleachers for the World Class Choke of 1969 - but this is no time to wallow in the failures of the past...

... or worry about recent disappointments. This is a time to believe. This is the year. And this was quite a game.

Jake Arrieta hit the only run he needed with a solo home run. And I called it. 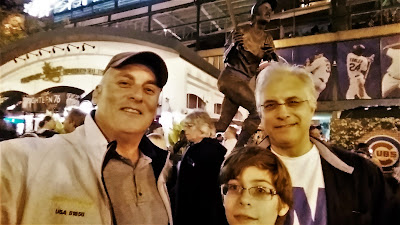 Another filthy Arrieta win with six innings of no-hit ball and a shutout:


"Arrieta (21-6) retired his first 18 batters before Gregory Polanco grounded a leadoff single into left field in the seventh. He struck out nine and walked none while improving to 15-1 with a dazzling 0.89 ERA in his last 19 starts." 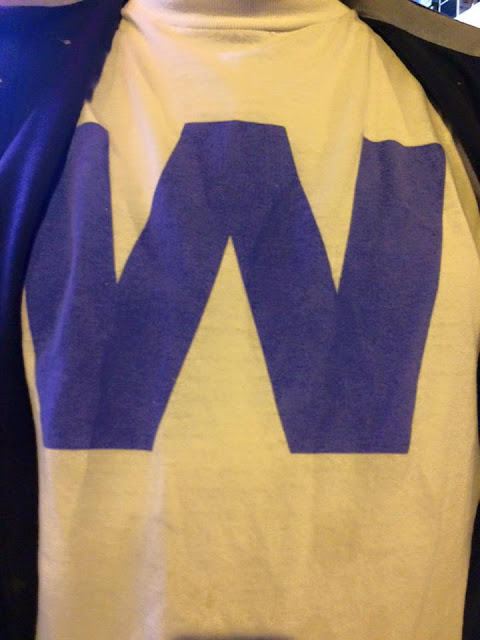