I had a great day playing a scramble at Sharp Park with Russ, Oliver, and Chris of the visiting MacKenzie Society.  The membership of the MacKenzie Society are mostly Club players from Alister MacKenzie designed courses the world over.  Every year they schedule an event/pilgrimage to one of the member courses.  This year, the host was the Meadow Club.

It was billed as a tournament, but it was more like a casual introduction of private club golfers to our "cheerful" "scruffy" municipal diamond in the rough.  These are players with a deep appreciation of the MacKenzie pedigree, but are accustomed to more carefully groomed greens and fairways. I had to bone up on the course history and the comparison to the original MacKenzie layout so I could pretend to offer some expertise to these patrons of the game's greatest architect. As per usual, if  I didn't know the answer to the questions, I just made stuff up.

Good guys and a fun round - some pics from the day: 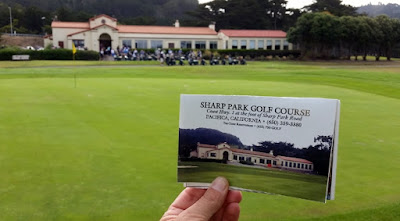 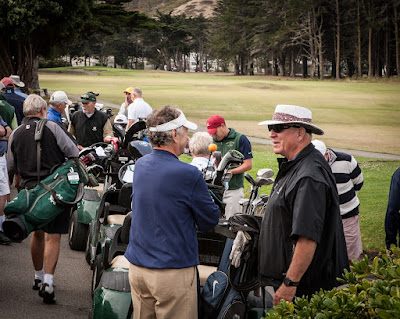 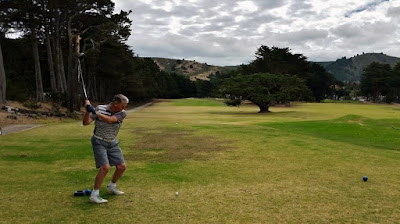 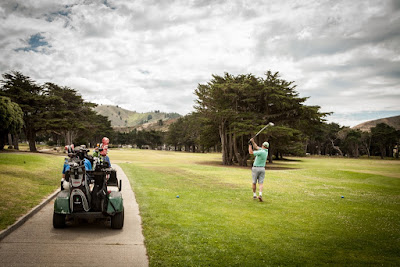