Spent a great afternoon enjoying the World Golf Match Play Championship at Harding Park. After a week of sunshine and Malibu-like temperatures, I was glad to see some real EssEff weather (fog, wind and cold) make an appearance.

Caught the last day of the round robin part of the tournament before any of the players were eliminated. The new format made for some exciting golf. A selection of pics from the day:

We spent much of the day following the Bubba Watson / Louie Oosthuizen match. It was an exciting match - back and forth with several lead changes. 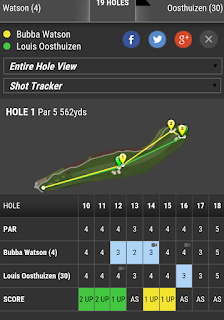 It took 19 holes before Oostie made a putt... 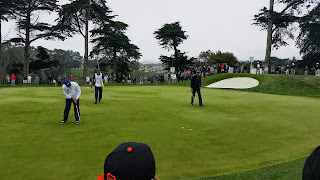 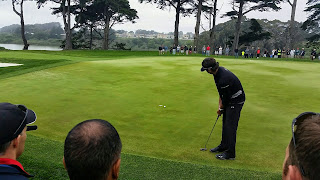 We also watched Lee Westwood sink a crucial putt on 17 to go one up on Jordan Spieth, then hold on to win the match.

Watched Spieth sign every autograph he was asked on the way to the scoring tent despite losing a tough match. 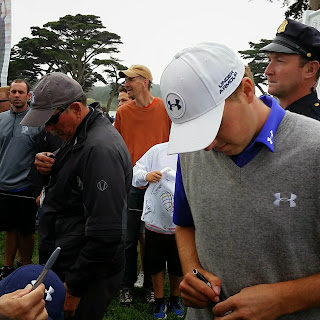 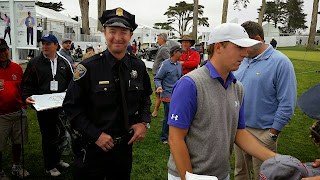 The guy is a class act and a great ambassador for the game.