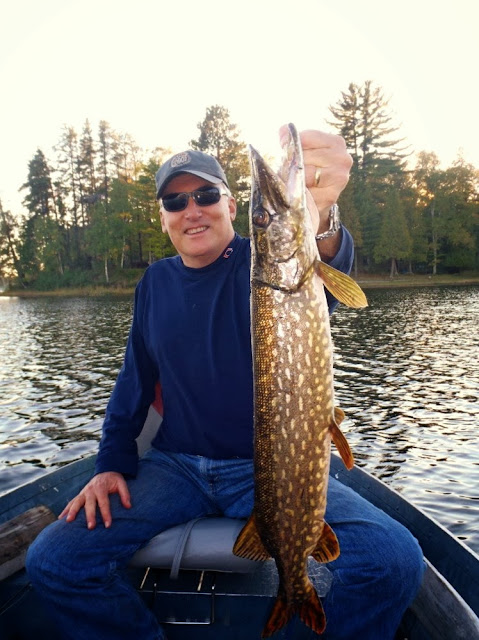 "Grab the net, Erik."   With the rod bent in two and line streaming into the lake against a strong drag, it didn't require a sophisticated touch to understand that I had a nice fish on the line.

"What do you mean there is no net in the boat?

The line stopped streaming out and I again began to pull the fish off the bottom.

Before you went fishing with Dad yesterday you asked whether to bring a net. What did I say?

"You said always bring a net."

I saw the fish as he broke the surface- a big pike  With a splash he was gone the line was streaming back out again.

Long short - After three days of fishing without so much as a nibble my first and only strike was a lunker (for Shag Lake) pike. Luckily, I grabbed a rod & reel with a steel leader out of the random "grab bag" of gear in the shed.  The fish was well hooked and I didn't think there was anyway to lose him. Taking a lesson from Morpheus mishaps of fishing without a net, decided to play him, wait until fish was exhausted, pulled him next to the boat and out by hand. Erik caught some of it on video.


My initial quick and dirty measurement in the boat was sufficient to determine legal size but inaccurate. Net-net: 27" - as documented below. Probably the biggest fish I've ever pulled out of this lake. 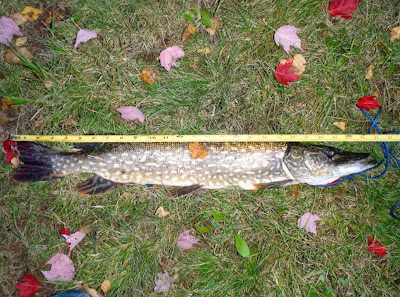 Which of course mandates the full-on detailed over-documentation treatment. 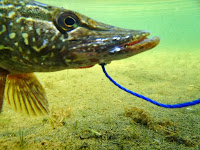 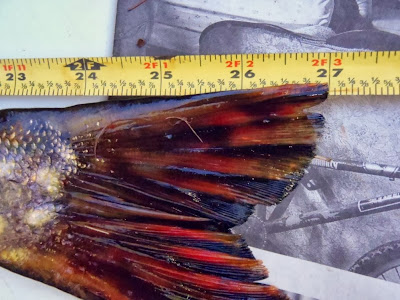 I'll spare the reader the horror of the fillet photos, unless Erik decides to post his iPhone pics shot during the entire gory mess. We used the "Boneless Four Fillet Technique" for dealing with the Y-bones using this YouTube as an instructional video. I was quite pleased with the fillets. 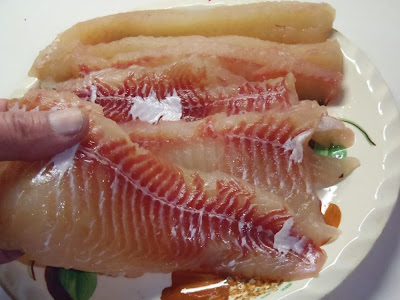 Next step - decide on a prep. This recipe looked good.

Surprisingly, fresh tarragon was not available at Larry's Supermarket in Gwinn. Neither was dried tarragon. So we made a few modifications - more olive oil than butter, more garlic, added some wine and ginger to the sauce. All  in all - a great success. Served with a side of wild rice pilaf. 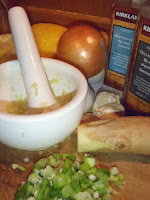 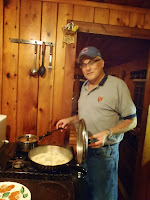 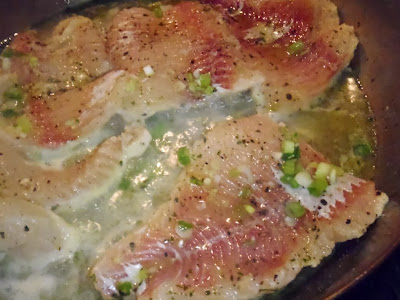 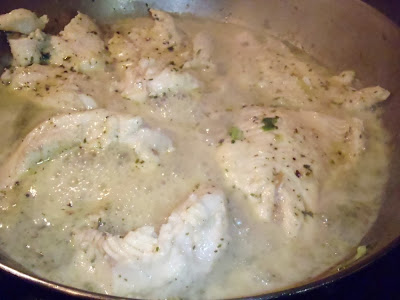 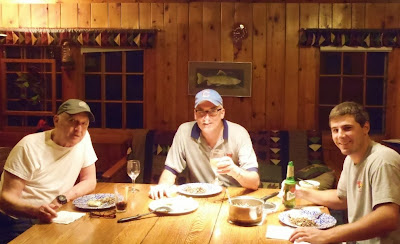 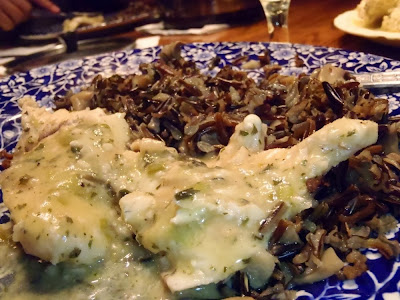 Erik makes up for the missing net faux pas. 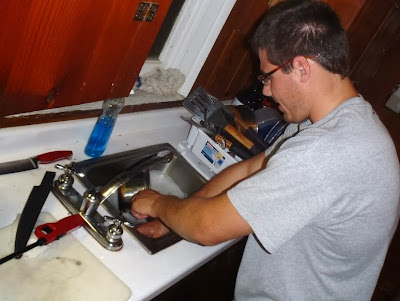 Mike,
You have gained new respect as a fisherman from yours truly. Congrats on a really big fish.
Rick