Sunday at the Lake House with Jay 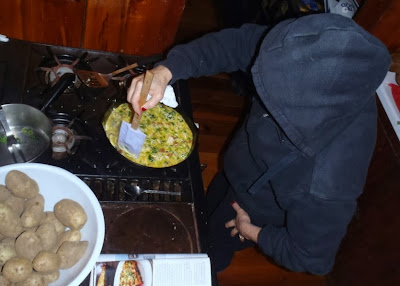 After the Saturday festivities extended late into the night, Sunday morning started slow. A mystery chef kicked the day off right with a righteous breakfast, starting with a Chard and Chorizo Fritatta recipe that was improvised with found ingredients into a Spinach and Salami Fritatta masterpiece. 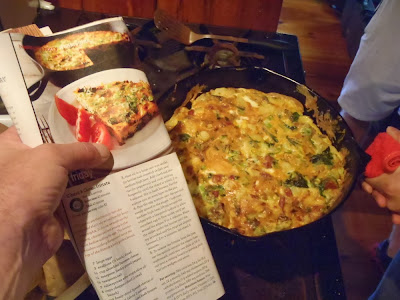 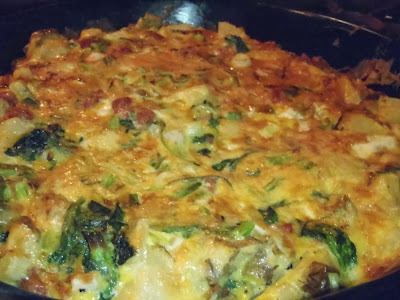 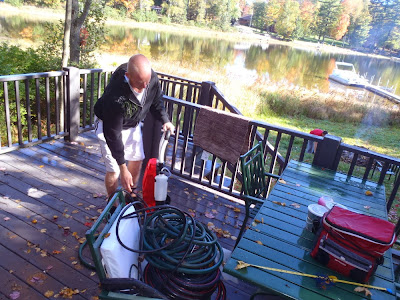 After the cleaning, we settled into some football. BALTs and chips accompanied the expected Bears thrashing of Detroit. 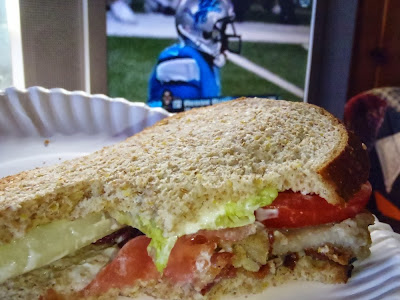 Unfortunately, the game did not go according to script  as Jay Cutler defeated the Bears 40-32.

"DETROIT — All the happy talk over Bears quarterback Jay Cutler's mechanics during his team's 3-0 start overlooked the fact that you can't change his wiring. This is who Cutler is as a quarterback in Chicago, the reason the trains run on time one week and the cause of a derailment the next. You can win often in the NFL with Cutler and occasionally lose because of him, depending on the day. Good luck predicting when those days will come. Several smart football men have lost their jobs trying."

Subsequent to the game, Cutler was also found to be responsible for RGIII's injury and other events:

"CHICAGO— After nearly a century and half of mystery, local historians have discovered that current Bears quarterback Jay Cutler was solely responsible for the 1871 fire that destroyed entire city blocks and claimed the lives of hundreds. “Yup, it was totally his fault,” asserted Chicago Historical Society chairman Bob Chianski during a press conference that coincidentally occurred soon after the Bears loss..."

The second shift work crew departed when it was clear the game was over at halftime.  Nothing more to say at this juncture, except...