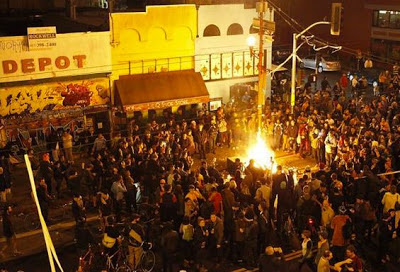 Two Championships in three years. Quite an accomplishment, even if a bit gluttonous.  But - I am not going to throw a wet blanket on their extraordinary achievement by indulging in the usual whining and self pity so often heard from Cub fans like myself. You know - stuff like:  I am a life long Cub fan and I've never seen the Cubs win a World Series my entire life... My Dad is 90, and he has never seen the Cubs win World Series in his entire life...  Haley's Comet has come and gone TWICE since the last time the Cubs won the World Series... You know. Stuff like that. I am just not going to be that guy.

There is nothing like being in a city of baseball fans celebrating a World Series. I really enjoyed watching the celebration last time, or at least until I had to listen to some clueless TV announcer:

"I had to leave when the TV broadcasters started going on and on about the "long suffering Giants fans" deserving this title. Hey I am happy to celebrate with my adopted city on a great World Series Championship. But, as a Cub fan, nothing grates on my nerves quite like hearing anyone else moaning about a World Series drought."

No... no. I am not going there. Lets get back to the celebration. The Mayor arranged for the most rabid fans to watch the game as a mob outside of City Hall on a big screen TV,  and the celebration began as soon as the last out was made.  It was interesting to see the choice of words used by various news outlets covering the outpouring of civic pride: 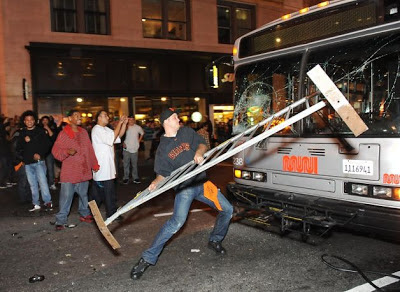 
Only the local fishwrap got it right... 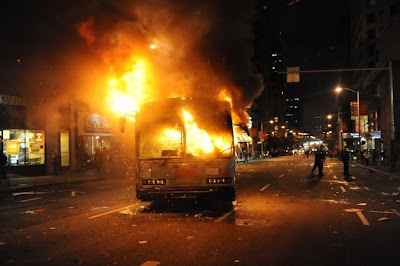 Bonfires in busy intersections, arrests, destroying million dollar municipal buses - just all part of any good civic "celebration".  I mean, c'mon - "riot" or "celebration" - are we really going to quibble about semantics?  It's all in good fun. 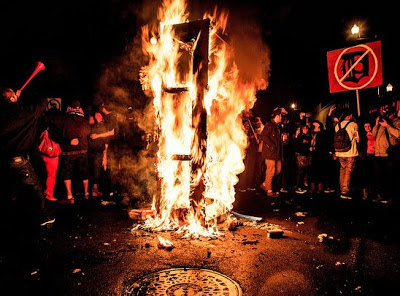 Just not sure how we are going to top this when the Cubs finally win one.

I guess we'll just have to burn the entire city of Chicago to the ground.

Have a great trip to Darkest Africa.

You're a much better writer than a golfer.

That's not saying much about my writing, now is it