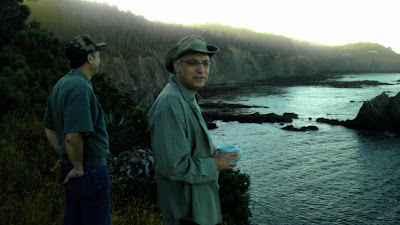 After two great afternoon dives, we thought we would try to catch the end of the early morning minus tide.


Sun is barely clearing the ridge, but the cove looks calm 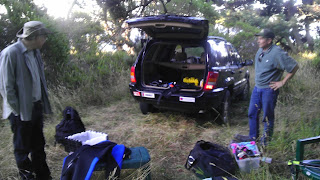 Hmm.. We might have for forgotten something. Probably the less said about that the better. 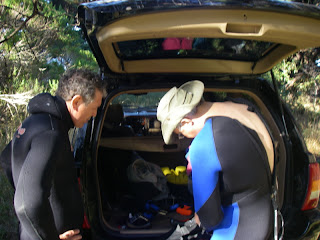 Some time later - the sun is on the cove and we have all the equipment we need. 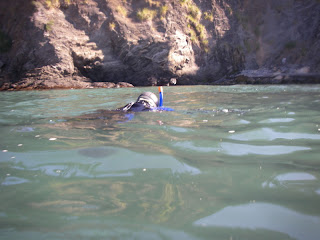 Harlan back in the cove. Visibility is down. 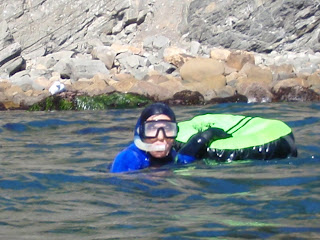 Our audience is back. Harlan in the water and the seal on the rock. 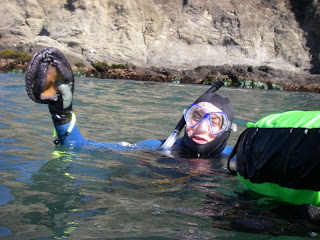 Harlan and I each took one. 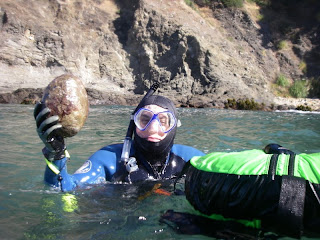 That was plenty after feasting on previous day's haul. 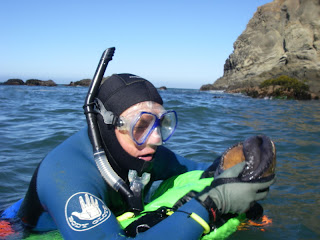 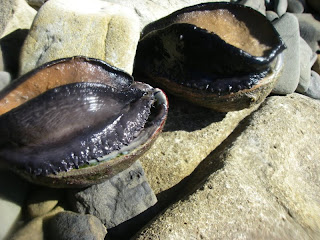 [Some of this] Sent from my HTC smartphone on the Now Network from Sprint!

Mike,
Thoroughly enjoyed the postings! The north coast of California is God's country. The underwater video was fun and unexpected. I didn't know about abalone pearls. Amazing! You guys sure picked a lot of food.
RZ

I have yet to find a pearl myself. It requires going through the guts of the abalone, and I didn't even know where to look until Doug explained it to me. God knows how many pearls I've thrown away.

I've got some other underwater video that I'll post here eventually. However it was my Olympus last dive. It started giving me a "latch open" indicator 10 feet underwater. I think it was the space shuttle problem. Cold rubber O-rings.