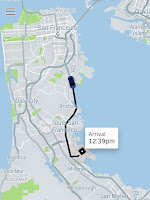 Uber to SFO and United to ORD on Saturday, getting our stuff together on Sunday, and driving to Big Shag Lake on Monday. 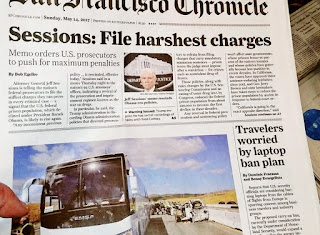 I like to post the current headlines at the airport when departing on a trip. It's a time capsule reminder of what was on the hive mind when we departed. This day the New York Times was wondering about Trump tapes, USA Today was reporting on the massive money flooding into the Georgia District 6 special election and the San Francisco Chronicle was besides itself regarding 1 -the Attorney General threatening harsher drug penalties and 2 - Homeland Security considering a ban on laptops on international flights.

That said, I want to give United credit where it is due - as I reported in my Facebook comments about this flight:


"Given all the crap that United has taken recently, I must report that I actually was impressed by one aspect of United service. While I was sitting at the bar having that beer I received yet another notification on the United App that my flight would be delayed by an additional hour. Along with the notification was a link and invitation to look at earlier flights with no charge for changing. I was able to switch flights while drinking my beer and get out an hour earlier using the app. Here's the big benefit: I never had to speak or interact with any actual human United employees to change the flight. This is the key to United restoring their reputation and brand. They just need to make it possible for patrons to never have to talk to any United employees."

Kudos to United for letting me fix the situation on my phone with an app while a drinking a beer. I switch flights, walk down the terminal to my new gate, and am on my way. 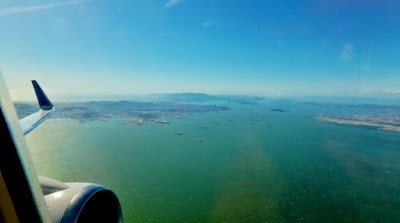 Sunday we do some shopping for the trip, and family gathers for a birthday. I'm not sure who. The family has gotten to the size where there's a birthday celebration every week. 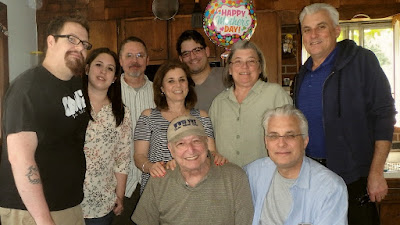 Personally, I've reached the age where I am adamantly opposed to birthday celebrations. But I digress.

Monday we are on the road. 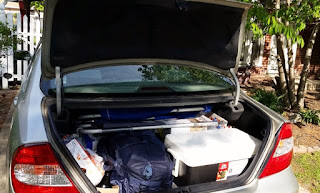 Packed and ready to roll. 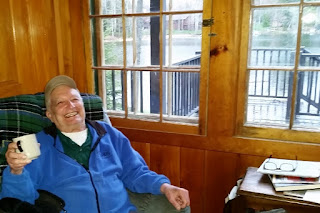 Made it. No problems, although Dad's head & foot are giving him some problems

It is raining when we arrive at camp. A preview of coming attractions: 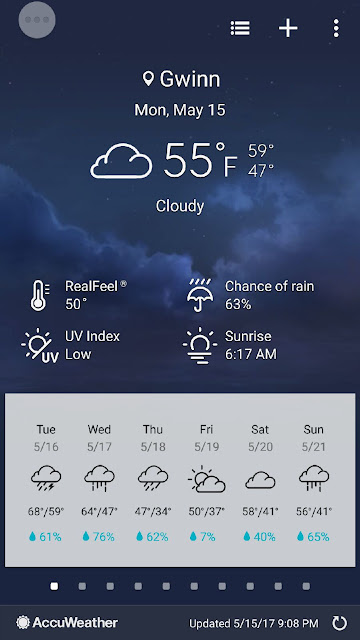