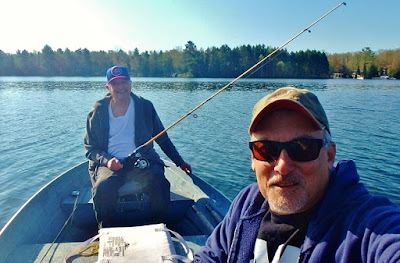 Easton's first visit to Big Shag Lake occurred at 12:30 AM EDT on May 27, 2017 - coincidentally - the first day of bass season. I am sure that is significant at some synchronistic cosmic level. But since Easton arrived quite late (early this morning), he and his entourage were sleeping in. We are going to need more fish if we want another fish fry for this crew, so ... 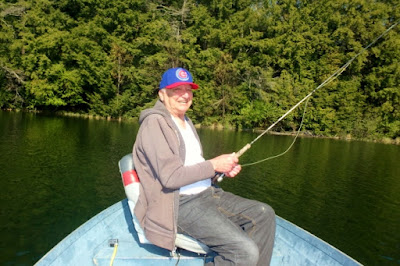 ... Dad and I decided to get out early and go fish for bass and blugs along the west side of Mitchell Lake.

Up until now, we have fished primarily from "The Papa" pontoon boat, mostly trolling for pike. Dad wants to use the fly rod fto get bluegills and bass. We set out in the "Tin Can" to work the sunken logs, brush, and structure in the shallows. 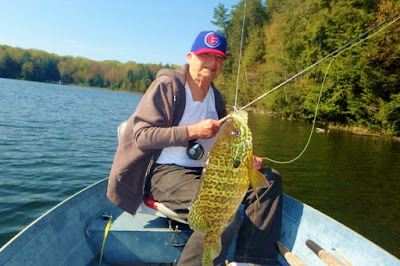 It's been a cold late spring, no beds visible in our bay or in the main lake. But we are seeing bass beds on the other side of the channel. The blugs were biting. We got a few and some undersized bass. Then some other things happened. My phone and Dad's fishing rod got wet.  No worries. My Samsung 5 survived. 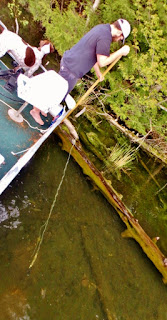 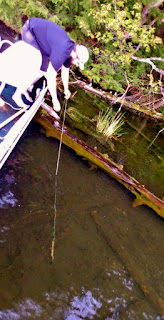 Later, Zach and I went back in the pontoon boat to retrieve Dad's fly rod and do some more fishing. 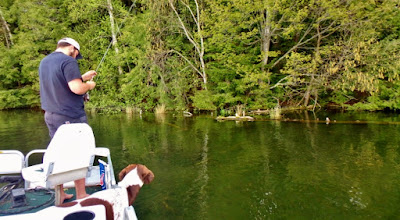 At which point, I got soaked for the second time as the skies opened up again. 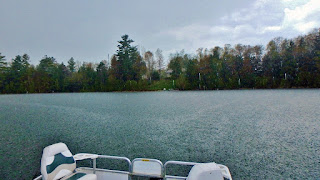 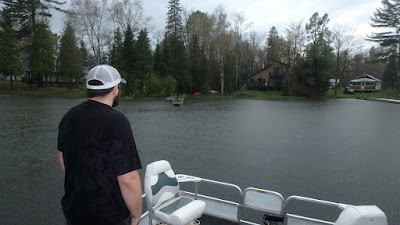 Undeterred, after carefully checking local radar, we were back at it later in the day. In the pontoon boat with Easton on his inaugural boat ride - another first. 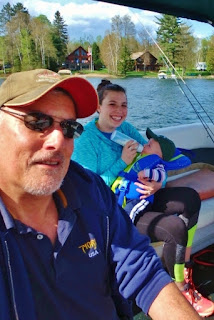 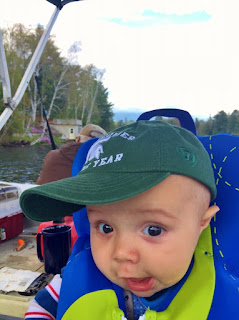 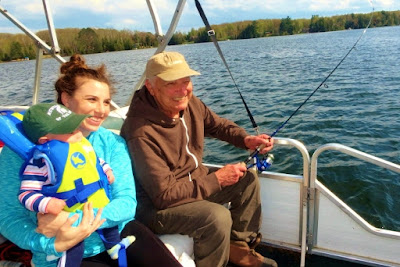 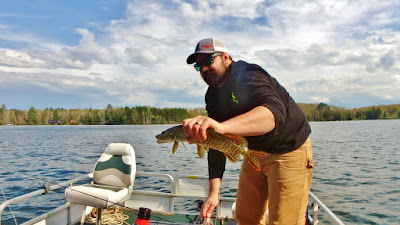 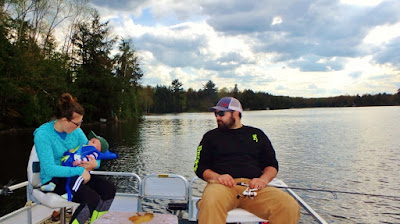 Zach pulled in a couple more pike, but still not enough for a fry, so... 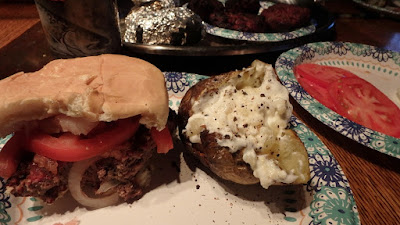 Grilled burgers, corn on the cob, salad, watermelon and baby formula were on the menu for Easton's first dinner at the lake. 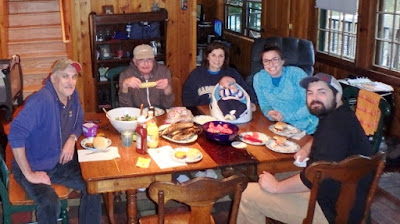