Wait 'til next year.

I have attended an ecstatic city wide World Series celebration. Unfortunately it was here in my adopted home of San Francisco instead of where I left my sporting heart in Chicago. It was amazing, but pales in comparison to the "Cubstock" World Series celebration in Chicago today. I had to be satisfied with watching the wall-to-wall coverage on MLB, ESPN, and WGN networks. There is no way to improve on the superlatives and emotions on display, so I won't try. Everyone, from the people on the streets of Chicago, to the crusty "seen it all" baseball correspondents weeping openly on air and in print felt the magic. Let's just state the obvious and move on: 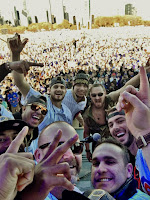 There were just too many story lines to count: The 108 year Chicago Cubs drought vs the 68 year Cleveland Indian drought; Cubs come back from 1-3 deficit to force game 7, Retiring David Ross hitting two home runs in the World Series, including a crucial blow in Game 7; Cubs first losing to, then beating the Giants ace Madison Bumgarner in the NLDS, Dodger's ace Clayton Kershaw in the NLCS, and Indians ace Corey Kluber in the World Series; The extra inning rain delay clubhouse meeting led by Jason Heyward, the double plays by Russell to Baez to Rizzo that won the NL Pennant invoking the  1908 Cubs infield of Tinker to Evers to Chance; The Rickets / Epstein / Maddon rebuilding; Addison Russell's grand slam; Montero's pinch hit grand slam and crucial game 7 hit; The Schwarber comeback; Series MVP Zobrist's back-to-back World Series; Bryant's MVP base running and fielding and hitting - it just goes on and on.

With the media saturation over the last couple days, you'd think the networks had every story covered. But there may be one story that they missed - the goat.  What happened to the goat?  I'll get back to that. But first, there is one other story line that I'd like to kill right now.

Please! Please! Please! Spare me the Cubs "lovable loser", "loss of identity", "who are we now" happy horseshit. I don't care how many sappy, pseudo-intellectual, navel-gazing, melancholic, self-identified Cubs fans spouting psycho-babble about loss of identity you can find. I mean, what is wrong with you people? Just STFU! I don't want to hear this crap. I cut high school to sit in the left field bleachers in 1969, sat in Candlestick Park when Will Clark single-handedly beat the Cubs in the 1989 NLCS Series, and watched in stunned silence after the Bartman Ball in 2003. I won't miss or be nostalgic for one second of being a "lovable loser." 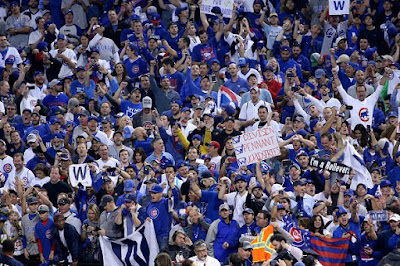 I'll tell you our identity. We are obnoxious winners. As Chicago sports fans we've been there before. 1991-1998 Chicago Bulls. Six championships in seven years. Two three-peats. Michael Jordan. Scottie Pippen. Dennis Rodman. Steve Kerr. Their dominance in the sport was hated by fans in every other NBA city. We reveled in grinding any spark of joy or hope out of the heart of every other team. Los Angeles Lakers. Seattle Supersonics. Portland Trailblazers. Utah Jazz. Detroit Pistons. New York Knicks. All great teams. We sneered at their futility and laughed at the despair of their fans. Ahh. The good old days. Does anyone think that those Chicago Bulls fans then were a completely different group of people than Chicago Cubs fans now? Does anyone think those fans just went away? If you're not sure, just check any on-line discussion about who was the greatest NBA player - Jordan or James? Jordan or Curry? Jordan or Bryant? I rest my case.

This is who we are as Cubs fans. We have the youngest team in baseball with the best hitters, best pitchers, best fielders, best manager, best front office, best owner and best ballpark. Bar none. There is no weakness on this team. We deserve a dynasty, and with this line-up we'll get one.That is our identity. We don't want to be loved. We want to be hated for our greatness.


The only thing left to say at this point: Wait 'till next year.

So - If you want to look for lovable losers searching for identity, look elsewhere. You might try Cleveland. It's pretty clear that the "goat" has found a new home. I mean - look at these idiots: 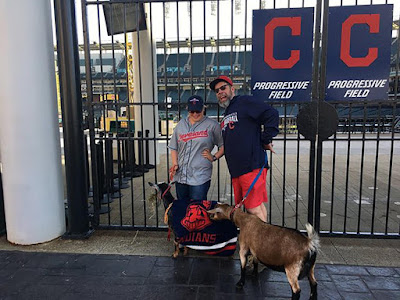 They actually brought a goat dressed in Cleveland colors to the ballpark. What were they thinking? Do they not understand how curses work? Did they not notice that the goat of the "Billygoat Curse" was actually the mascot for the Chicago Cubs dressed in Cub colors and denied entrance to the gates of Wrigley Field? BWAHAHAHAHAHA!  Excuse me. Did I accidentally ALL CAP that derisive laughter? Sorry.

C'mon. None of us really believe in that superstitious nonsense. But still, does it not seem a little odd that in the top of the very first inning of the Cubs return to Progressive Field in Game 6 - this happened: 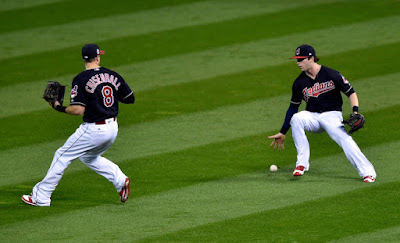 Look. I am not saying that the Billygoat Curse has relocated to Progressive Field.

Oh wait... That's exactly what I am saying. I just wouldn't want anyone in Cleveland to get the idea that I would be deliberately spreading that superstition. I am sure everything will be just fine for the Cleveland Indians over the next century. 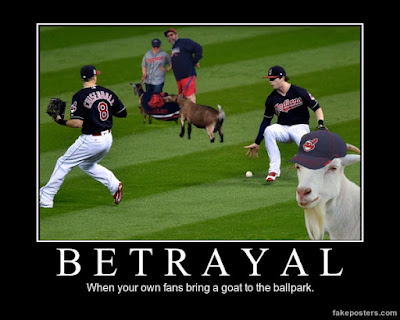 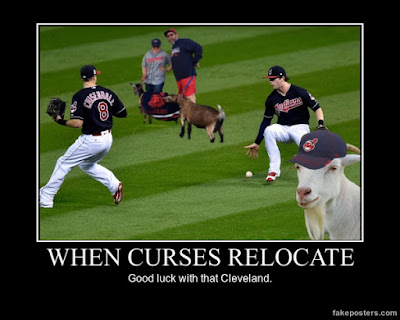 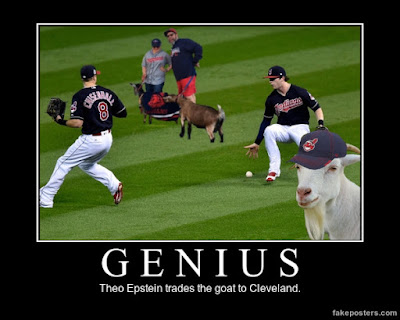 My only other counsel after that heart wrenching loss... Wait 'till next year.
Posted by mw at 8:24 PM