It's duck season. New nephew-in-law Zach is a duck enthusiast. He recruited old nephews Brian and Erik to join him and his dad Jake for the opening.  They arrived at the lake house at 1:00 AM and were on their way to the duck marsh by 4:00 AM. I admire their commitment. Then they were at it again on Sunday.  Apparently no ducks were harmed in the production of this blog post, but two Canadian honkers did not make it much beyond the Canadian border on their way south. 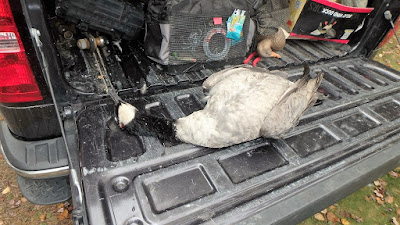 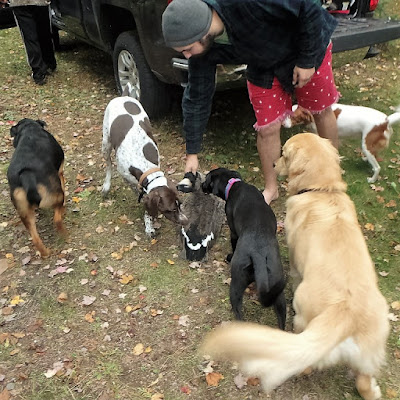 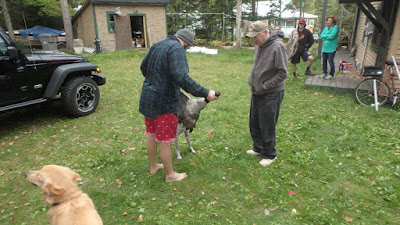 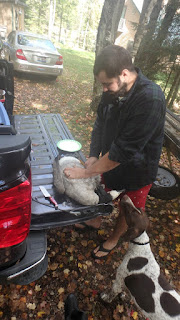 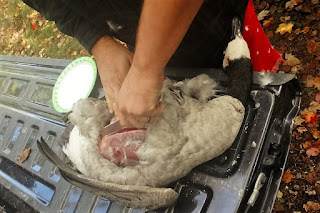 Apparently, simultaneous shots made it difficult to determine who got the goose, but Zach was crediting Erik. I wasn't there and cannot independently confirm.

UPDATE - Tuesday 4-Oct-16:  Zach left Dad and me a pair of goose breasts after they departed. A new culinary adventure is a always an exciting prospect.  Based on Zach's advice and "The Best Damn Goose Recipe Ever" decided to treat the breasts exactly like I would steak. 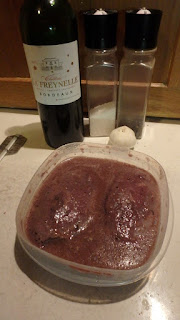 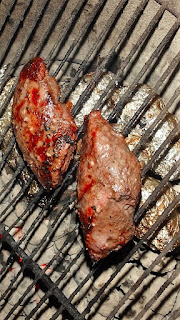 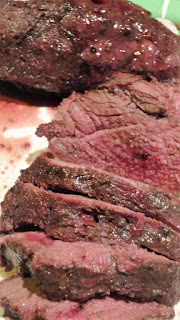 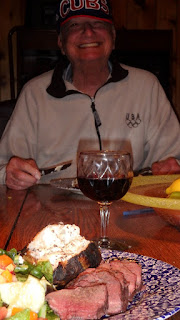 Marinated in red wine, oil, garlic, salt and pepper then seared on the grill and heated until we hit 160 degrees internal temp (plus or minus).  Sliced like a london broil. 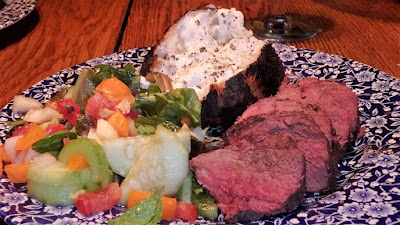 Delicious. Doesn't taste like chicken. Tastes like steak. I will never look at a goose swimming in the bay in the same way again.
Posted by mw at 8:07 PM