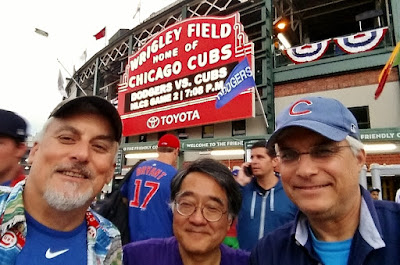 Drove back from the Upper Peninsula on Friday. On Sunday we are at Wrigley Field for Game 2 of the National League Championship Series with the Los Angeles Dodgers.

Ticket prices in the lead-up to the NLCS were, of course, insane. This guy had some good advice on his blog: 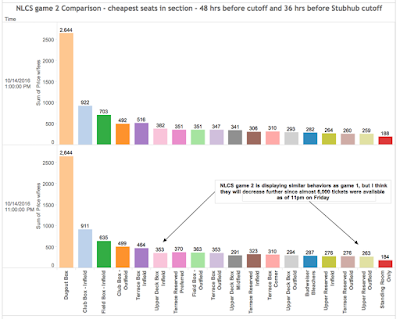 "Interested in going to NLCS Game 2? I think you are in luck (relatively speaking). Since there are almost 6,000 tickets available, it is a Sunday, and with a slightly iffy weather forecast, there is a strong possibility tickets will decrease from their current pricing. See below for some recent observations made at two different times Friday."

It was good advice, but I didn't take it. As soon as game 1 ended, I was on Stub Hub getting bleacher tickets. I wasn't going to be in Chicago for the World Series, this was as close as I was going to get. The atmosphere around the park was electric. 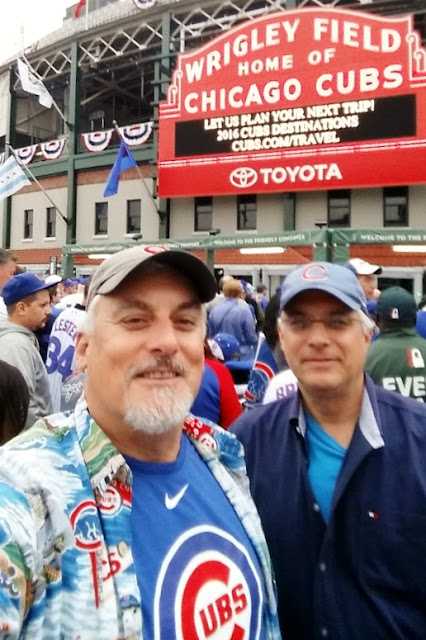 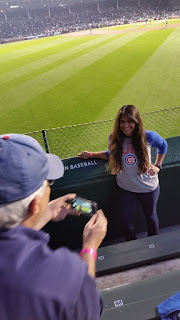 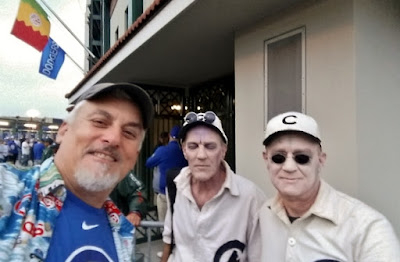 The bleachers are the best place to watch a game in Wrigley.


The game itself, not so good. Hendricks was great, but Kershaw was untouchable. Adrian Gonzalez' home run in the 2nd was the only run of  the game. It landed one section away from us in the left center bleachers: 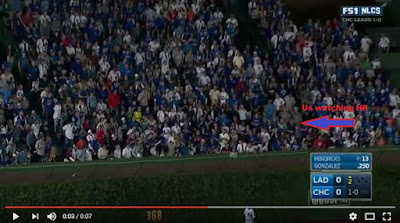 Cubs Dodgers split 1-1 after the first two games of the NLCS in Wrigley.

Cubs shut out by Dodgers 1-0 in Game 2
"Clayton Kershaw came to the Dodgers’ rescue. Pitching on two days’ rest, Kershaw shut down the Cubs during a 1-0 victory by the Dodgers in Game 2 of the National League Championship Series on Sunday night at Wrigley Field....The Dodgers got all the offense they needed on a second-inning solo home run by Adrian Gonzalez. From there it was all Kershaw, who out-dueled Cubs starter Kyle Hendricks. Hendricks went 5 1/3 and yielded the one run on three hits while walking four and striking out five."

Nobody said this was going to be easy.
Posted by mw at 4:45 PM