Second and last dive of the season

The morning sun on the cove was gorgeous: 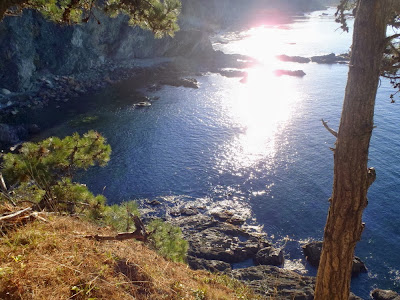 Was it possible that conditions could be even better today than yesterday?  We couldn't wait to find out.  Of course, there was the matter of getting into a cold damp wetsuit on a still cool morning.

The climb down the hill got the blood circulating again and we were quickly in the water. 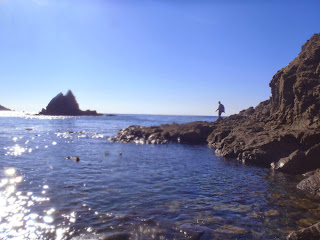 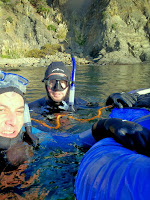 Visibility was fantastic. I was actually more excited about taking pictures and vids than getting abs. 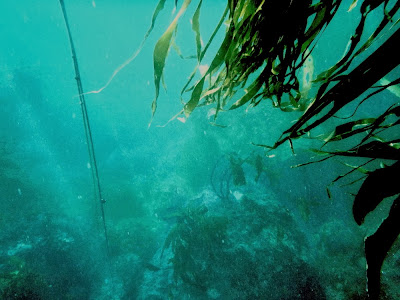 I even got a couple of abs to sit still for portraits: 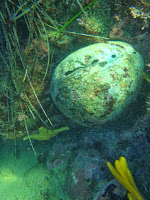 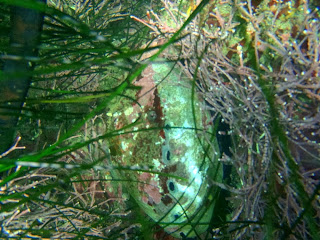 
One consequence of this kind of extraordinary visibility, is that you see things you've never seen before. Here's one: 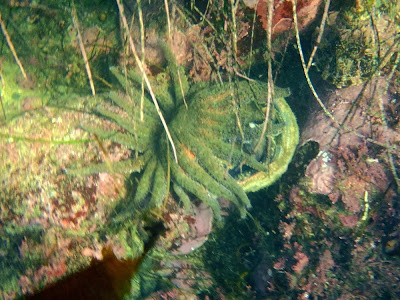 A starfish flipped an abalone on its back and was devouring it. Not sure what kind of starfish this is. If there are a lot of these loose in the cove I fear they could do some real damage to the abalone population.  Will need to do some more research.

UPDATE: Research completed. This is a sunflower sea star (Pycnopodia Helianthoides). They're common up and down the North America Pacific coast and they love to eat urchins and abalone. According to this article:

"When a Northern Abalone is attacked it responds by twisting its shell side-to-side and rapidly gliding away for the attacker. If it doesn't respond quickly enough and the star gets a good grip with its tube-feet, it's game over." 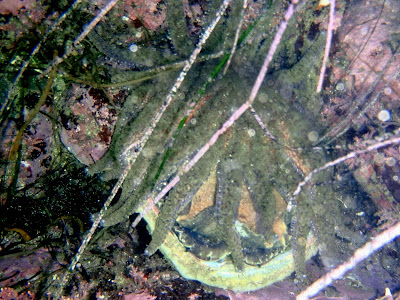 Definitely "game over" for this guy.

Another unique sighting for me this day.... 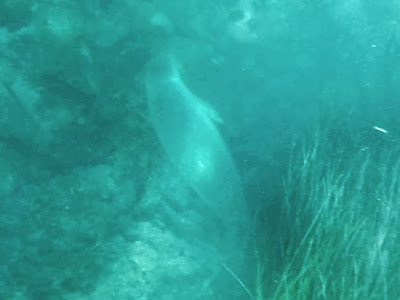 We often see seal in the cove. But I've never watched one swim underneath me to check me out.


In our flippers and neoprene wetsuits, I suspect they think we are the ugliest seals they've ever seen.

After I picked my limit, we swam out to the point where Jeff went hunting for more blackies 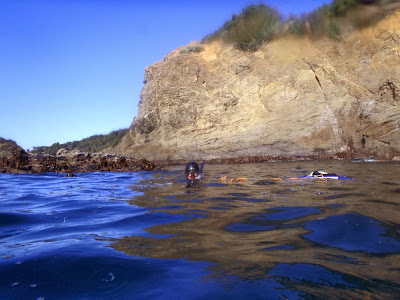 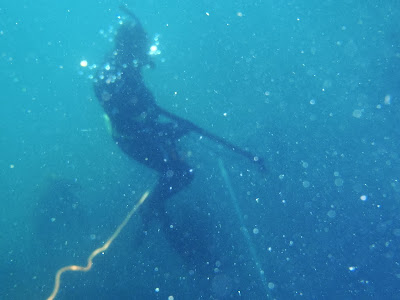 With my limit in the tube, battery dying, and a bit of a chill setting in, I reluctantly left Jeff to wreak havoc on the fish population and swam back to the beach to tag my abalone take. 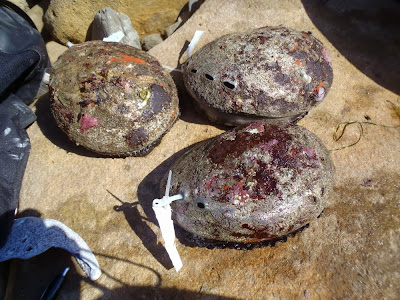 I also took the opportunity to explore the tidal shelf, or what I like to call The Raw Bar. 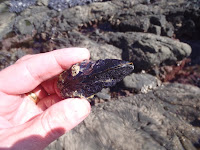 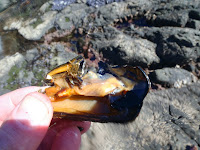 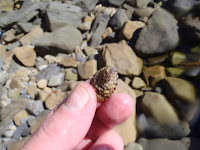 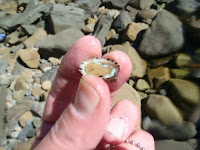 Fingered limpets - a smaller version of the limpet clams I sampled in the Azores ... 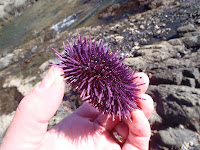 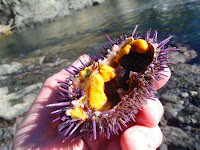 Jeff eventually got out of the water and brought in another impressive catch: 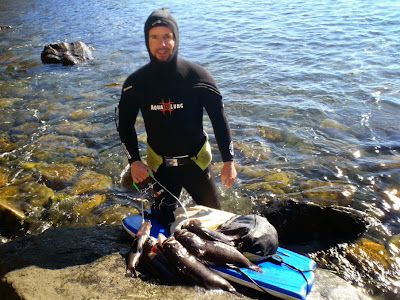 It was a great way to finish the season... 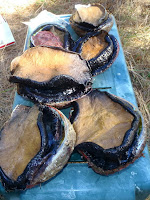 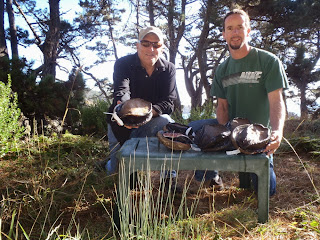 ... or, for that matter, start the season as we did yesterday. I used to think Doug was the alpha hunter in the cove. Jeff may be the new King of the Cove. 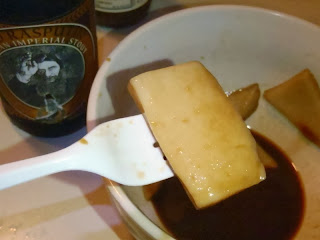 I was too tired to go through the traditional abalone prep,  so enjoyed the sunset with a little abalone sashimi. 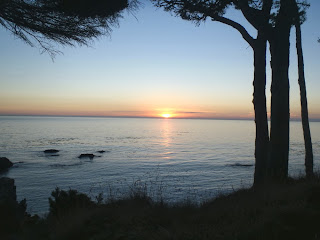 While this may have been our shortest season ever, it may also have been the best.
Posted by mw at 11:08 PM