We have the coolest polling place. 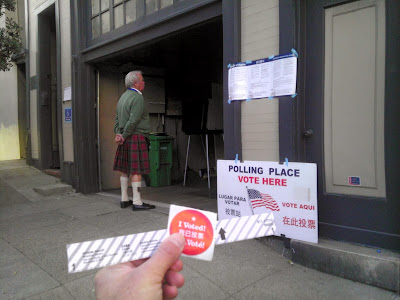 It's election day. Not much interesting on the ballot.  I strolled down the street to fulfill my civic obligation only to discover our polling place moved around the corner to 1088 Green. 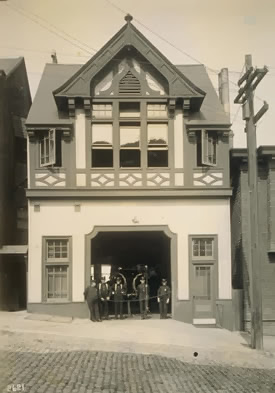 This year I voted in a vintage fire house constructed in 1908 immediately after the Great Earthquake (and coincidentally - the last year the Cubs won the World Series). They built it on the top of Russian Hill so it would be a quick and easy downhill run to any fire. Getting back up the hill was another matter.  Winches were needed to assist the horses pulling Engine 31 back up the hill. 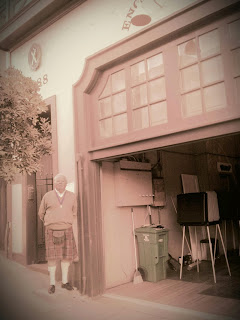 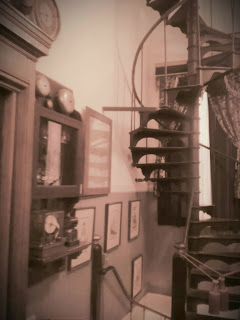 Now owned by the Scottish Heritage Saint Andrews Society, it functions primarily as a museum and meeting place. Gene from the Society was standing watch in his kilt. He noticed my interest and offered to give me a tour after my vote. 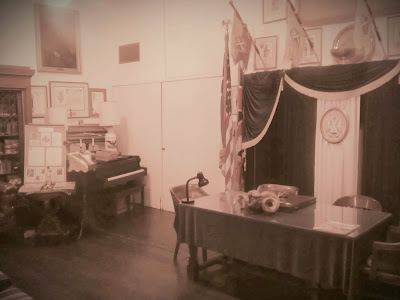 It was great to get a better appreciation of a neighborhood landmark.

I thought it pretty cool to be voting in the same space where the horses that  pulled the fire engines at the turn of the century were stabled. Yet I couldn't help but feel it would have been appropriate if the manure smell still lingered as I perused my voting choices.

As regards the vote itself: The only thing on the ballot that garnered much attention were initiatives B & C.  Former mayor Art Agnos and current board supervisor President David Chiu were featured prominently in an advertising campaign urging a NO vote on the propositions. That was enough for me. I voted YES.

All of the city officials on the ballot were running unopposed. I found that annoying so I wrote in the name of a Civic Center blogger of my acquaintance for the City Treasurer and Tax Collector role. I hope he wins. Judging by the turnout it's entirely possible.

Gosh, I wrote in your name for the same posts. I wonder if we'll be in a runoff.

Other Mike,
Good news. There will be no runoff. The existing Peoples Republic of San Francisco Politburo was reelected unanimously for another term, except for our two votes for each other.

I note that Prop B & C also went down to defeat. Congratulations for being on the winning side of history. Good to know that the waterfront property in question will remain a parking lot and surrounded by a 10 foot fence for rest of both our natural lives.

Why any developer ever tries to build anything in San Francisco is beyond. Clearly masochists.