This being the Year of the Dragon, and considering your loyal blogger was born under the sign of the Dragon* and this the first year we elected a Chinese-American mayor, I thought I should walk down the hill and try again. FWIW some shots and clips: 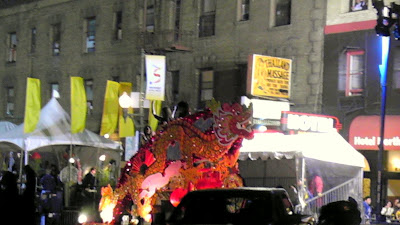 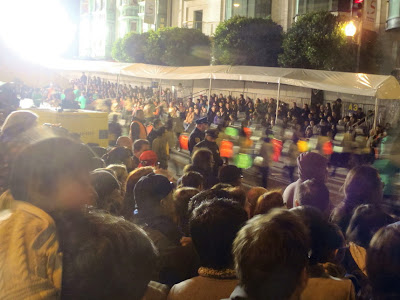 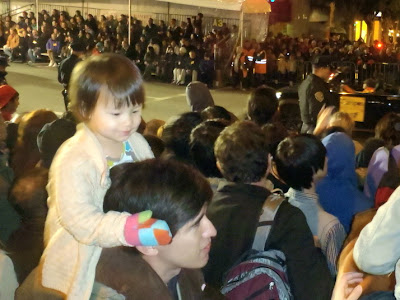 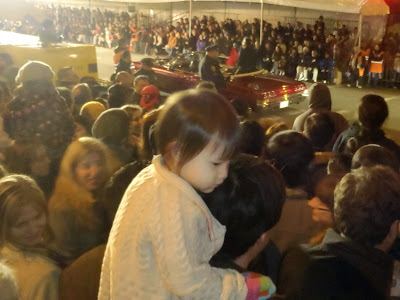 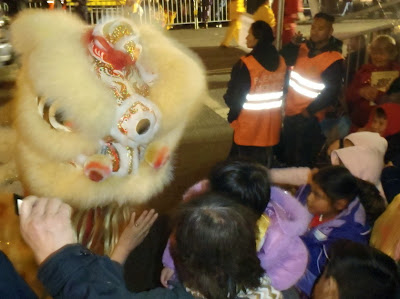 The weather was better, but still found the crowds a bit much... 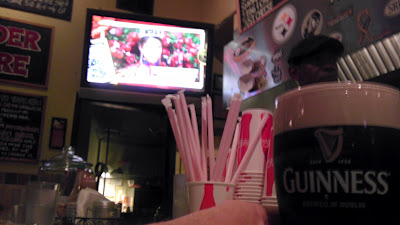 ... so I finished the night watching the Chinese New Year parade on TV at a North Beach Italian eatery drinking an Irish beer. San Francisco Values at their best.
=== 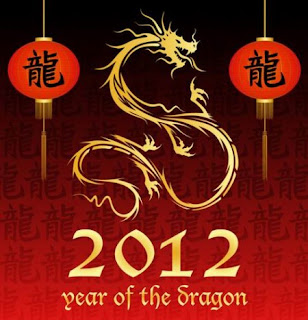 "Force and power are the symbols attributed to the Dragon... those born under the influence of the Dragon are considered the luckiest of all and good fortune simply follows them wherever they go... Indeed, whether male or female, Dragons are libidinous and score quite a hit with the opposite sex."

This note has absolutely nothing to do with the rest of this post. I just thought it important to take note of these facts for the enlightenment and edification of The Reader.
Posted by mw at 11:30 PM