This is not my fish. 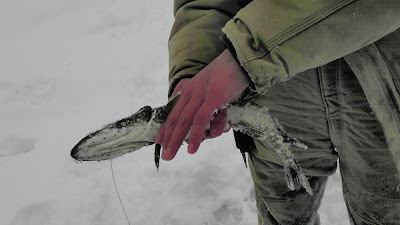 While I spent much of the day trying to cut a picture window out of too thick ice, a nice couple from Marquette showed with a power auger and started drilling holes a little further out on the lake. 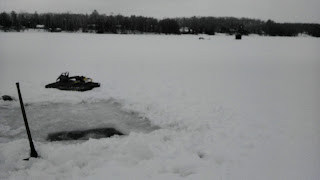 That's them in the distance
Within an hour they had several holes drilled, lines baited and dropped, and were pulling pike out of the lake. Half a dozen at least with a couple of keepers. 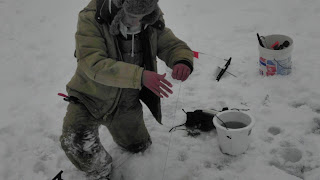 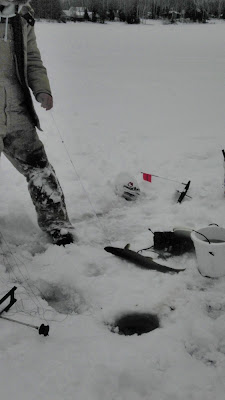 It was good they showed up. I borrowed the power auger and without it I never would have finished cutting the hole.