One would think that, during a pandemic, when one is mostly constrained to staying home, one would become more productive on indoor activities like maintaining a blog. One would be wrong.

It's been a year since I lasted posted on this blog. No excuses. No explanation. However, there is a certain symmetry. My last post documented my annual pilgrimage to the Upper Peninsula of Michigan, running the travel gauntlet in the early days of the pandemic. Now, I am getting back on the blogging horse by documenting the same trip while fully vaccinated and in the waning days of the pandemic.  A lot that happened in the intervening months, and maybe someday I'll backfill some intervening notable experiences. Probably not, but it could happen.

In the meantime, let's proceed from this moment and just pretend that last year didn't happen.

As noted, we're vaccinated, the pandemic light at the end of the tunnel is in sight, but we're still in the tunnel and it's prudent to take precautions.  As I did last year, booked a red-eye on a big jet, hoping for fewer passengers, empty seats and planning for an early morning transit through O'Hare. Took Uber to SFO, sailed through security and got on board. As it turns out, the flight was packed. Still,  I was impressed with United's more comfortable improved seats and screens in "Economy Plus" on board this 777. 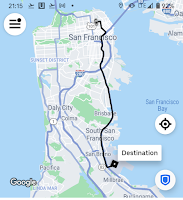 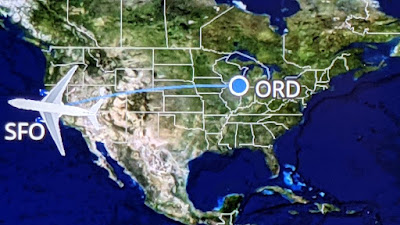 Harlan met me at the airport early and armed with day game Wrigley Field bleacher tickets. We got there in time for batting practice. 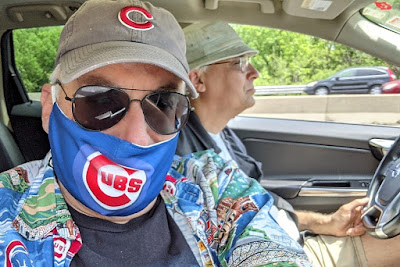 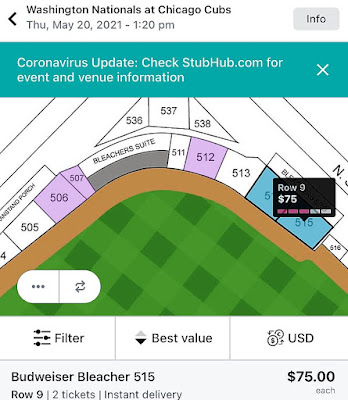 When trying to get used to "normal" again, what better place to attend my first large scale public event than a Cubs game at Wrigley? 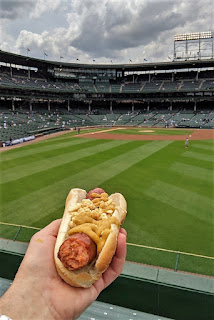 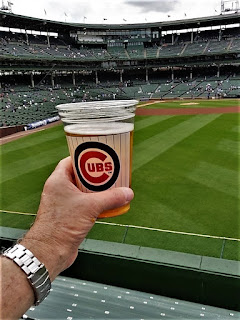 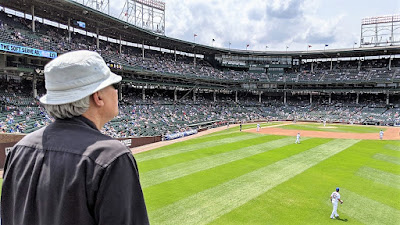 This was the last game with pandemic restricted attendance... 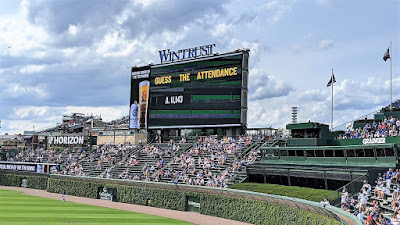 ... which afforded us a unique opportunity in the right field bleachers, 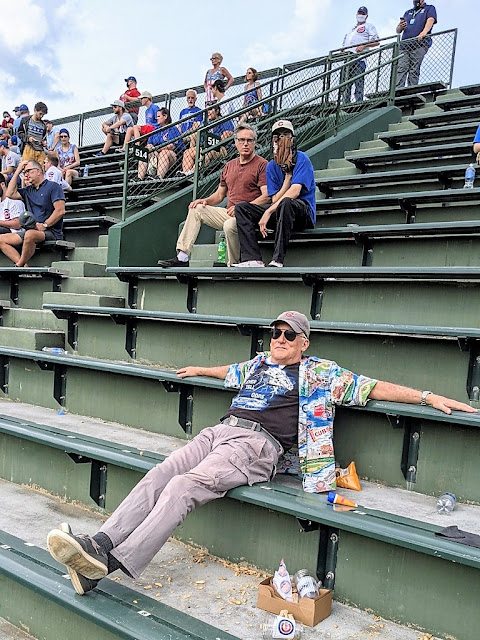 I doubt that I will ever again be able to stretch out like this in the bleachers during a beautiful day game at Wrigley Field. Once in a lifetime.

A great start to the trip.