Over The River And Through The Woods (with Bears).

The first trek of the year into "Lil Camp" on the Escanaba often requires a chain saw to clear winter treefall on the "road". Last year, there was so much winter storm damage that, after hacking our way in, all we had time to do was have a beer, turn around, and head back.

This year a different story. It was an easy drive in. 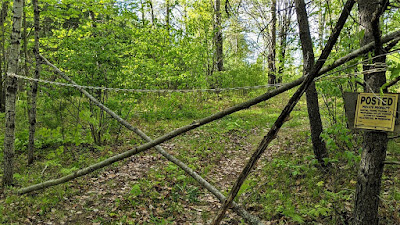 On arrival we had time to stop, relax, and mindfully reflect on that important moment in each day when one switches from coffee to beer before proceeding with the projects of the day. 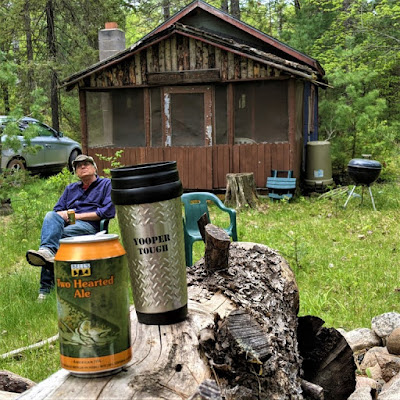 We had two goals for this excursion. 1) Fish for trout and 2) reset the trail cam / automated timed feeder.

Harlan, Clover and I make it down to the river hacking through the underbrush that has overgrown the trail.

Clover is fearless in the cold water, clambering over rocks in the riffles and swimming to keep up with us as we wade downstream. The river was high, but safe. 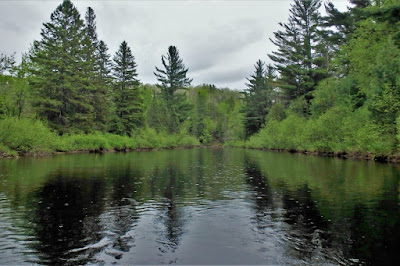 We each hooked a trout on the first cast. Except for Clover. She wasn't fishing. 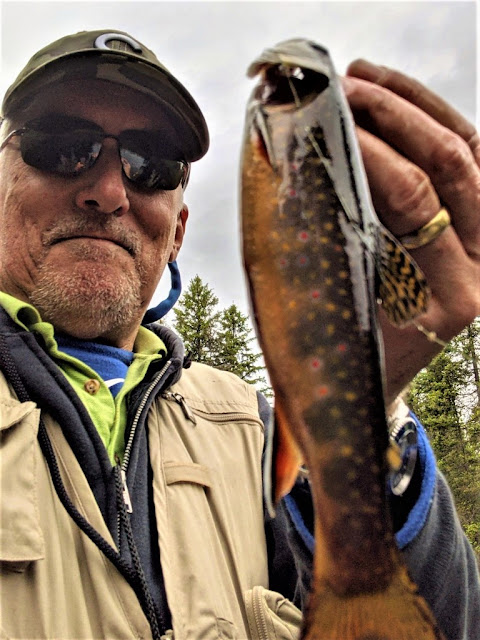 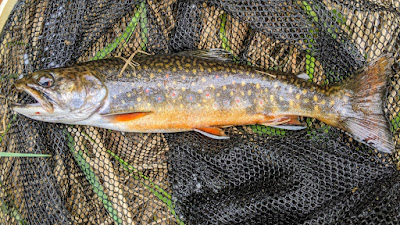 My best day ever fishing on the Escanaba. I've caught trout here before, but they're generally few and far between. I caught more trout this day at this spot than I've caught life-to-date up to this day. We took enough brookies for a nice fry. 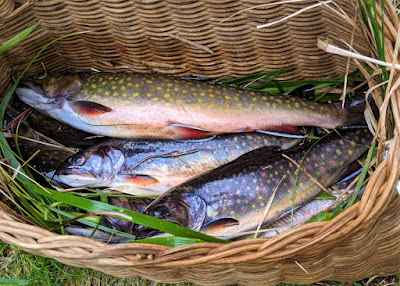 Earlier Harlan texted Emily about our plans for the day. While we were on the river they arrived. Emily led Kowayne and Arthur down to find us. An impressive bit of trail bashing. I'm not sure they were confident in her directions, but she got them down and back. I think. 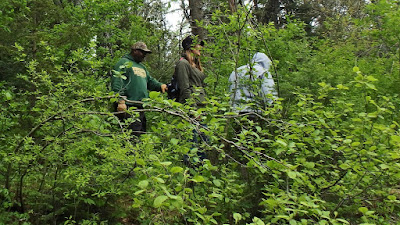 Next up - Reset the Trail Cam / Feeder

Next up, we relocate, reset, and reload the trail cam and automated feeder. It's a bigger job than one would think. Particularly the process of suspending 20 pounds of corn in the feeder eight feet off the ground. But we got it done:

Now we wait to see what critters will stop by for a snack. 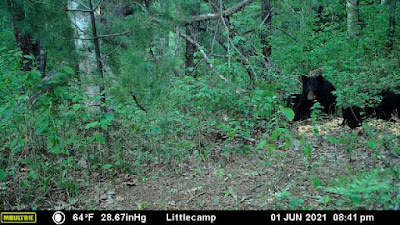 The very next day after reloading the trail-cam and feeder, mamma bear and her cubs show up. 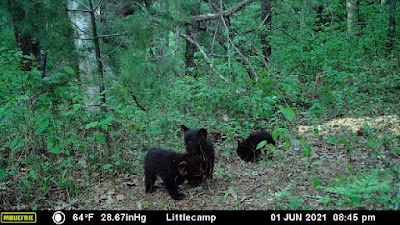 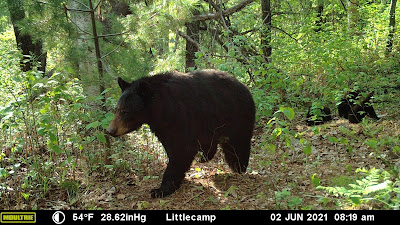 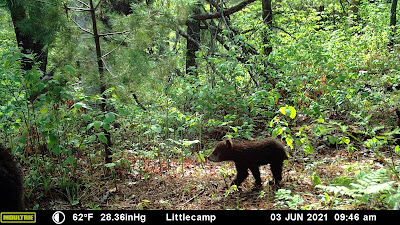 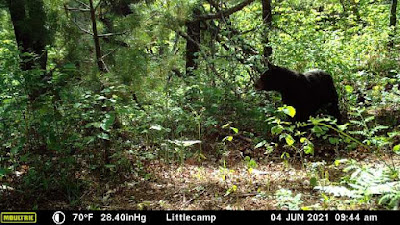 He checks out the situation, and at 9:49 he is snuffling among the corn on the ground... 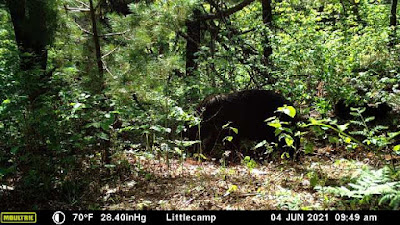 and apparently finds it unsatisfying. Because at 9:51... 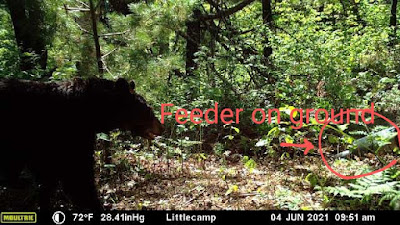 ... he is sauntering back from the tree that held the cable suspending the feeder and the feeder is now on the ground. And 15 minutes later his head is in the can and eating his fill. 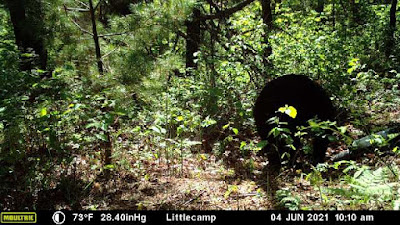