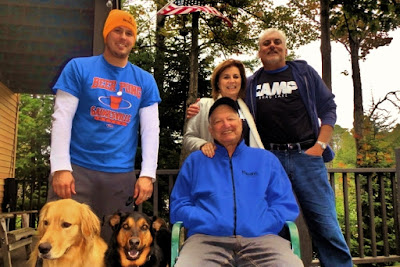 Wendy, Brian and Tucker arrived late Thursday night. Harlan planned to accompany them, but work interfered. Since Dad and I had the place to ourselves (plus Bowser) for over a week, we were ready for some company. They brought a smoker, cooler temperatures and rain. But with rain, comes rainbows: 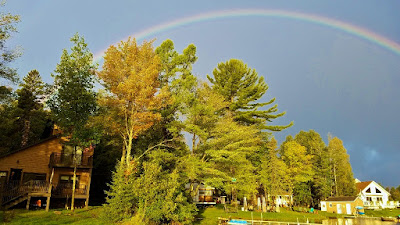 Frist, we had a some work to do. Primarily we had to pull out two sections of the dock as requested by Roy:

Wendy upgraded the camp menu with some tasty treats like Cowboy Caviar and Caprese Flatbread: 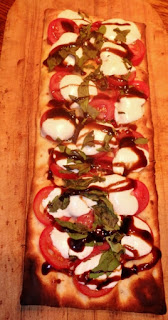 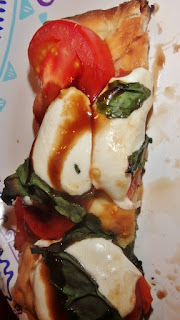 First priority was smoking our Northern Pike haul. As noted in a previous post, we have been catching our fair share of pike.


Although a boney fish, we pretty much keep everything we catch because:
This will be our third smoking effort. I remembered the drill and got things started the night before they arrived. After filleting, the fish go into a secret brine recipe to marinade overnight. 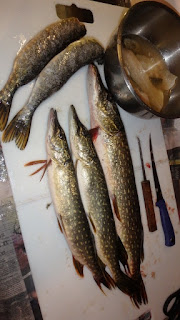 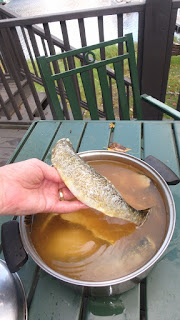 Okay, it's not so secret. After Brian and team arrived they were ready to go on the drying racks for another 6-8 hours: 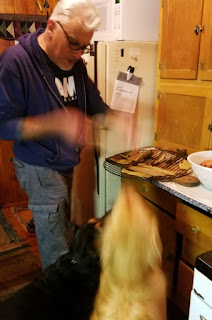 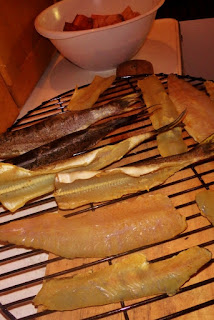 Finally, into the smoker: 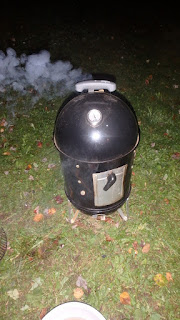 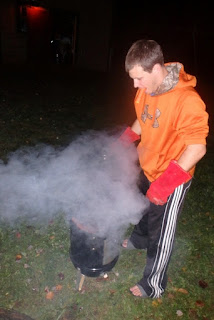 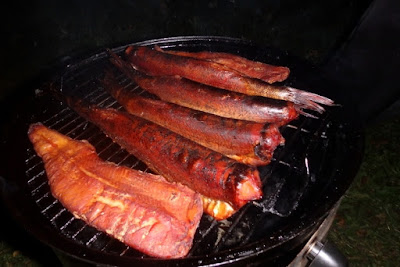 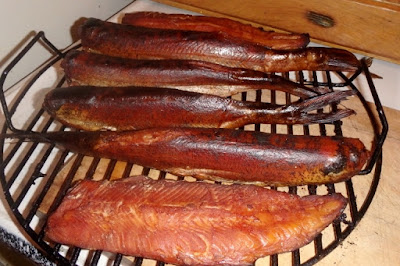 Yes, they are as good as they look. We enjoyed them over a couple of days.