The trout season is ending, the bird season has started, it's "Cast and Blast" time in the Upper Peninsula of Michigan. The idea is to hunt for Grouse and catch trout in the same day.

An almost annual event, we've been making this attempt since 2007, and generally with umm... limited results. Usually it's me and brother Harlan making the attempt. This year, Brian and I continued the tradition:

Over two days we tried a couple of locations around the family River property, with the usual results. SPOILER ALERT: No grouse. No fish. But we did come away with a couple of stories.

Wendy didn't want to loan us her new SUV, but we needed high clearance after the rain.


First, we went looking for birds... 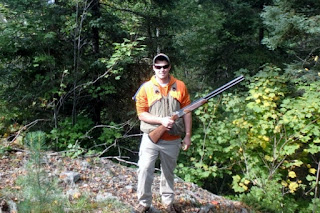 Then we reloaded the trail cam batteries and feeder... 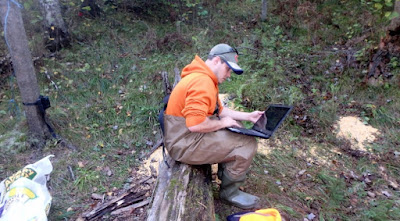 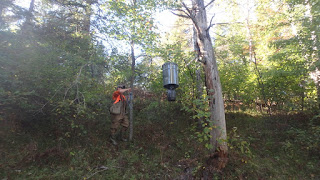 Finally down to the river for some fishing... 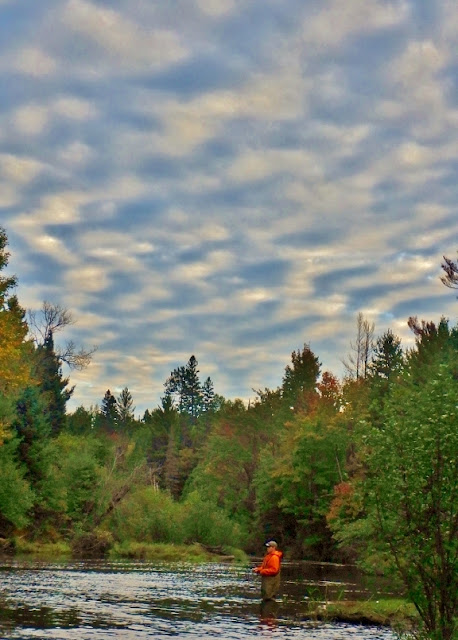 First, a Fish Story:
Brian is unfamiliar with river fishing. I set him up with a small spinner and piece of worm at a known fishing hole on the river. On his second cast (seen in the video below) he snags the bottom. I instruct him to wade upstream to try to free the snag. He successfully frees the snag, and as he begins reeling in the lure is immediately hit by a fish. It's a monster brown trout that jumps completely out of the water and throws the hook. I have not yet put a line in the water and see it all from shore. It was the only fish we would see all day.

Second, a Bird Story:
We spent a couple hours in the river and got out of the water at dusk. After striking out all day, we make our way back up to camp, stow our gear and head back. We are driving along a muddy two rut road with open fields on both sides. The headlights are on, and there, on the road in front of us, we flush a grouse. It flies 50 feet up the road and lands in the middle of the road. There are two more grouse there. I tell Brian "Stop the car... get the shotgun."  While he is unloading the gun, I'm keeping eyes on the bird, then I see it - headlights from an approaching car directly in front of us on the two rut road. I have never seen an approaching car on this road. But... there will be no shot. We put the gun away and drive home.

We decide to come back the next morning and this time bring Tucker: 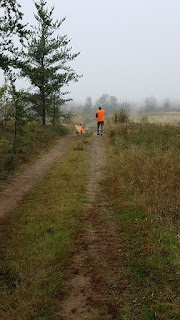 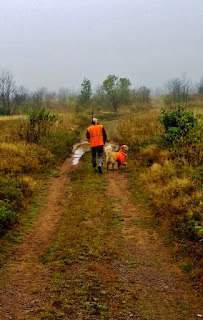 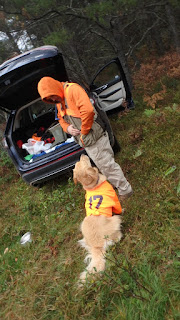 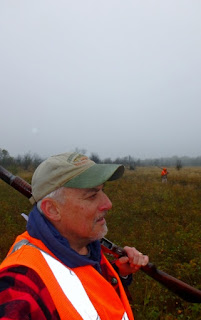 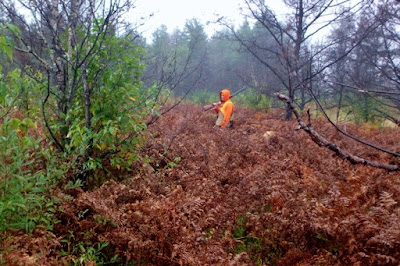 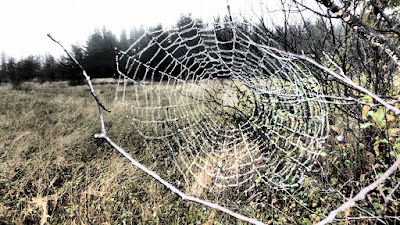 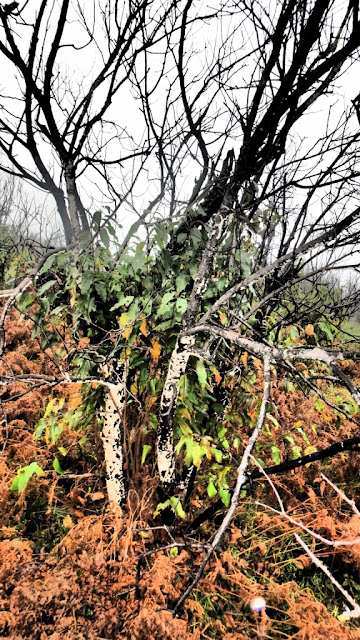 Second verse, same as the first. A little bit louder and a little bit worse. No birds, many picture, and a fun day.