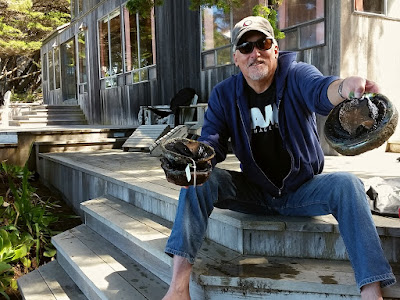 By Wednesday I was convinced. Conditions were looking good for the weekend. We'd have an early minus tide Saturday through Tuesday...

...and it looked like swells would be relatively benign over the same period. 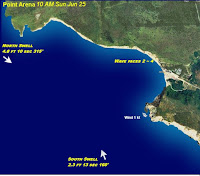 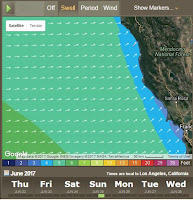 Last year I only went diving once. Got my limit of 3 abalone, but that was it for the year.  I had not been in the water yet this shortened season, and the July closure for the first half of the season was only a week away. Local rumors were flying that CA Fish & Wildlife might close the second half of the season.  It was now or never.

Reached out to the usual suspects looking for a dive buddy. No joy, but was determined to get in the water if conditions permitted. Sigrid joined me for the ride north on Saturday. Whether I got in the water or not we would enjoy the food, friends, and vistas in one of the best places on the planet. 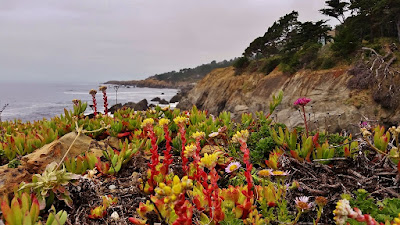 Stayed at a friend's place at Sea Ranch - was very impressed with the new security layer on his gate keypad.

It was a weekend to get reacquainted with the locale and friends. We were invited to a wonderful dinner with Summit neighbors Peter and Bonnie, now living at the Ranch, and also invited for wine and cheese with Charlie and Kathye on their spectacular deck overlooking my favorite cove. 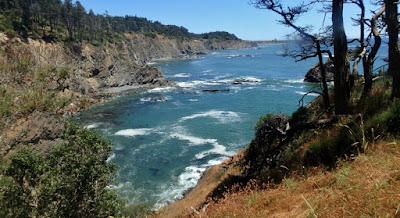 In the year since my last visit, there have been some changes in the area. Two Fish Baking, our favorite source for breakfast pastries relocated from Sea Ranch to Stewart's Point - which is actually more convenient. The sticky buns are just as good, but you still have to get there early before they're gone. My go-to location to get my fishing license - Baker Brothers Hardware & dive shop - closed up operations. The good news was that I was delighted to find my occasional dive buddy Jeff had taken over the Gualala Sport and Dive Rentals with his wife Kelli.  A definite upgrade over Baker Bros,and a great spot to get outfitted for a dive. MW Recommended. The bad news is that Jeff is now so busy he didn't have to time to dive.  Which brings me to the point of the post. Time to get in the water.

If I was to get any abalone this trip, it would be a solo dive. Fortunately, with benign conditions and a minus tide, it was feasible. I spent a lot of time looking over my favorite Mendocino County cove.


It looked safe enough, but visibility was poor. Without a dive buddy, I decided to go with an alternative site.

Our new Sea Ranch friend Frances offered up her private stairwell access to a neighboring Sea Ranch cove. Convenient and (relatively) easy.  Had to check the regs - the cove is within the Stewart's Point Marine Conservation Area.  No problem - regs state that "The following may be taken recreationally from shore only: marine aquatic plants other than sea palm, marine invertebrates, finfish by hook-and-line..."  blah... blah... blah.... Abalone is a marine invertebrate. We're good. 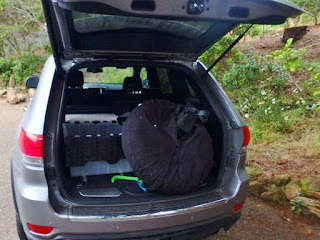 Load up the gear 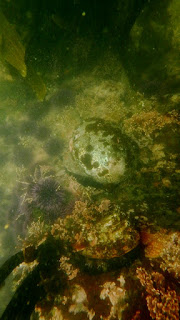 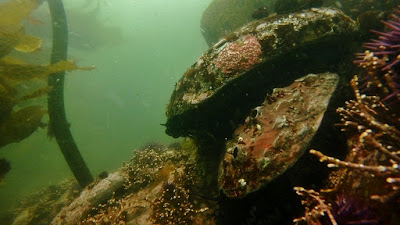 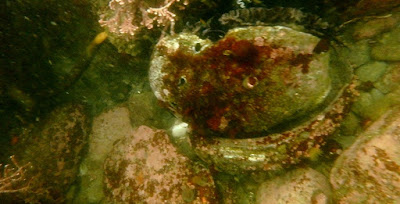 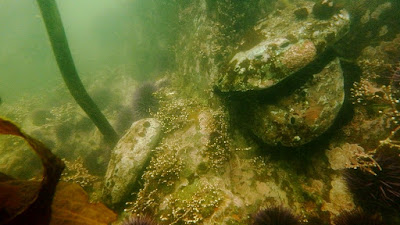 Diving solo in a new locale, I wasn't inclined to do any trophy hunting. Got my limit and got out as the flood tide brought a little more swell than I was comfortable with.  Two good days. 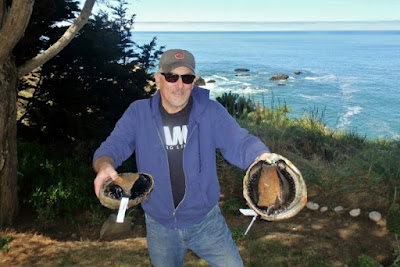 <SOAPBOX> Six abs in two dives over three days. With all the talk of a "distressed" "starving" abalone fishery, it's worth pointing out that I went 6 for 6 in an unfamiliar Sonoma cove with fat healthy abs on my first dives in a year and without a lot of effort. I did see a lot of urchins, and also plenty of abalone that were easy to spot from the surface in about 4 foot of visibility. There was a lot of kelp in the shallows. Mid-cove the kelp was sparser and seemed a little chewed up. This was my first time in this cove, so I can't compare current conditions to prior years. So there's that. </SOAPBOX>. 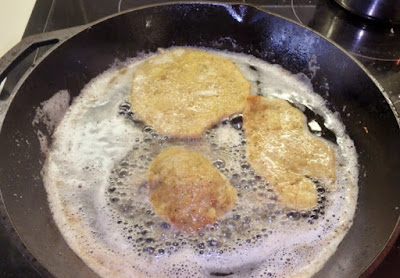 In between dives Bonnie and Peter joined us for an abalone feast. Of course. Tried to get Frances to enjoy the fruits of her cove, but was disappointed she would only stay for a glass of wine and some conversation.
Good company, good food, good fun. Somehow I managed to neglect getting a group shot. I know. Hard to believe. 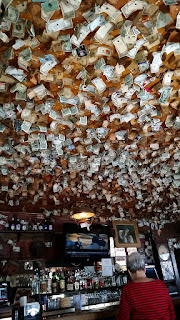 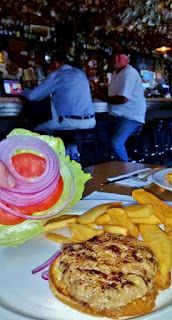 After our second dive we drove home to EssEff with abs in the cooler. Stopped at Washoe House for buffalo burger on the way back.  They're under new management since being purchased by the Petaluma Creamery.  I always thought the food was good but inconsistent. Now they're better. A similar menu but everything from the service to the food is better than before. A definite upgrade.

Cleaned and sliced the three abalone I picked this morning on getting home. Finished the day with my favorite treat after a successful ab hunt.

Life is good. Hopefully we'll have a second season so I can complete my report card.