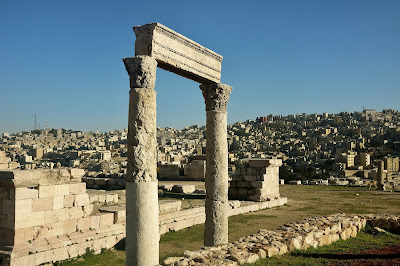 
"Breakfast. Transfer to the Desert Castles. Visit Al Kharaneh, Qasr Amra and Al Azraq castles. These were built by the Umayyads to serve as caravan stations and hunting lodges for travelers, where some of their walls and ﬂoors are adorned with frescos and fragments of mosaic. The closest is al Kharranah, which is about an hour’s drive from Amman. The next one is Amra Castle, which is a UNESCO World Heritage Site, and the last castle in the northeast located in the town of Azraq is Qasr Al Azraq, which served as the residence of Lawrence of Arabia during the Arab Revolt. Return to Amman to visit the ruins of the Amman Roman theater, the Citadel and the Umayyad Palace. The tour includes visits to the Archaeological and Folklore Museums. Transfer to QAIA for departure."

Journal:
As previously noted, this was our last day in Jordan, the last day of our trip, and we decided to take separate paths for the morning excursion. I played 18 holes at Jordan's second best golf course, while Sigrid stuck to the itinerary. These are some her photos of desert castles: 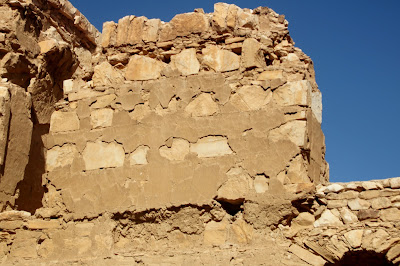 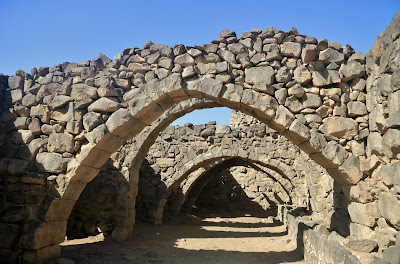 Which I could relate if I participated in the morning tour, which I didn't. 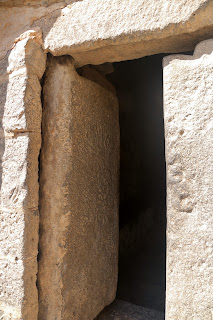 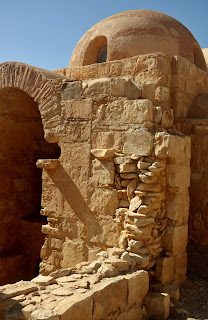 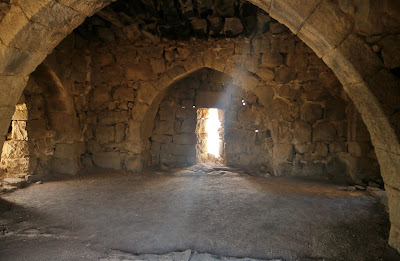 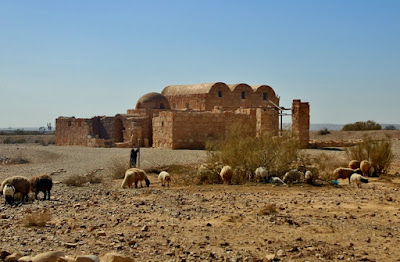 Sigrid's favorite photo from the morning: 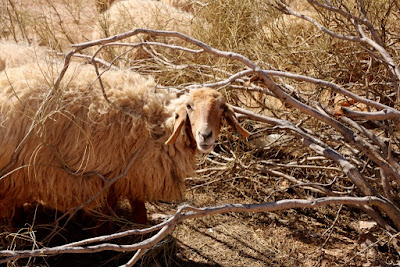 Alaa and Sigrid picked me up after the 19th hole, and we returned to tour the Citadel, Roman Amphitheater,  local museums and spectacular vistas of Amman. 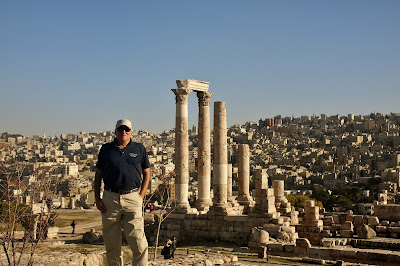 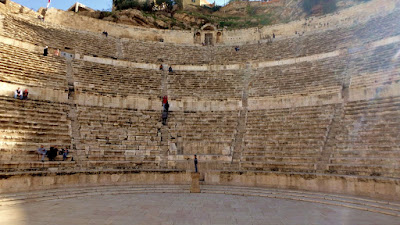 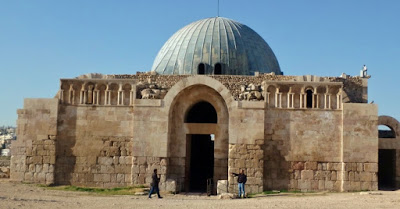 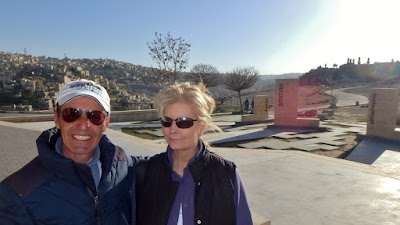 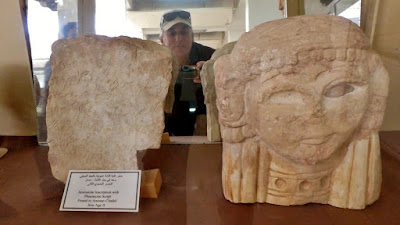 Our last stop was a walk through the Amman Souk (markets). 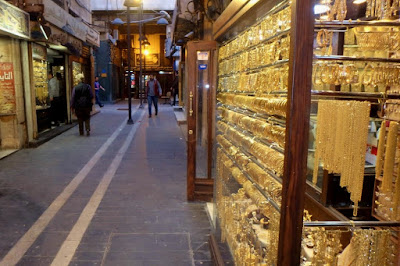 We stopped in the gold market and got an education on Jordanian traditions for welcoming a newborn into a family. 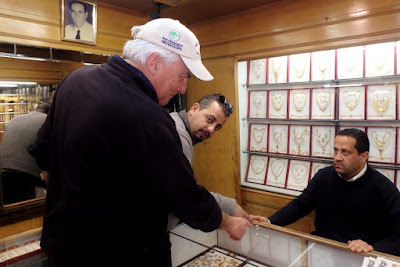 And finally, after 26 days, our tour was at end. Hard to believe. Alaa insisted that we make one more stop before heading back to the hotel to pack for the airport.  We had to sample the traditional and favorite dessert of Jordan - kunafa - a sweet hot gooey, cheesy, fila and honey infused confection. 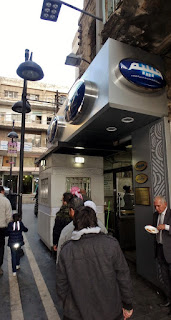 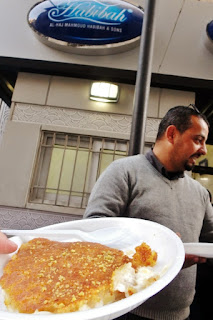 Served up at the famous Habibah Sweets, a stand that always has a line down the block and a repuation for the best kunafa anywhere. 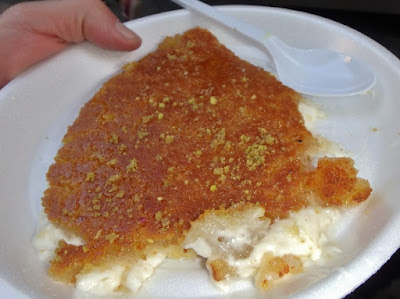 A fantastic dessert to finish this incredible trip.  Time to go home.