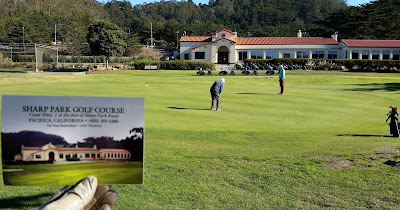 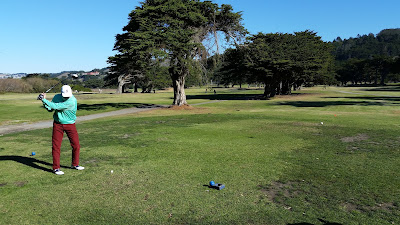 I've once again abandoned the "Live" aspect of my usual "Live Blogging" rounds, in favor of a single post with selected shots. While a relief to my playing partners, not live blogging the rounds to concentrate on my swing does not appear to be helping my game. 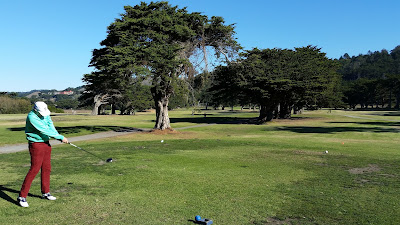 After two rounds in two days at Lincoln and Sharp, with virtually identical (bad) scores, my widely anticipated golf breakthrough will apparently be pushed into 2016. This despite some coaching on the course, as Zach took it upon himself to begin proffering swing advice to both of us. Here he is coaching Ed on weight shift during the swing: 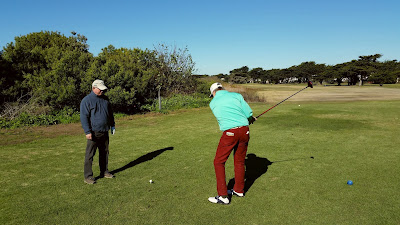 He was also highly critical of my wide stance. I adjusted it to humor him. Surprisingly, some of my best drives were realized with the narrower stance. This might be the golfing breakthrough I've been waiting for. 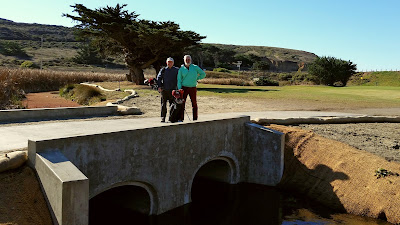 I've not been to Sharp Park in few months, so was curious to see some of the improvements that were finally implemented at the course after years of pointless litigation. The most dramatic change on the course was the rebuilt bridge and conduit at the 12th hole over the now cleared connecting channel from Horse Stable Pond to Laguna Salada. There should be a name for this bridge, like the "Hogan Bridge" at Augusta, or the "Swilcan Bridge" at St. Andrews. I'm thinking "Brent's Bane"... Just a thought. 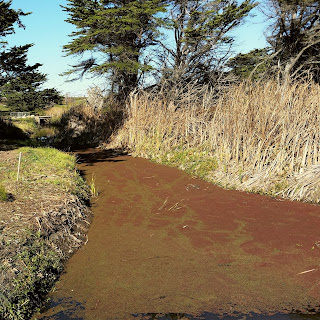 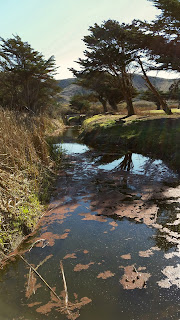 In any case, the frogs are going to love it. With tules partially dredged, algae filling in and an optimal open water breeding channel, we can expect a veritable population explosion of California Red Legged Frogs at the course. It will just make inevitable future litigation by the W.E.B.L.E.E.D.U. Axis that much more difficult for them.  Back to golf.... 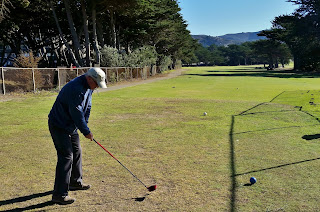 
We ran into Butch over beer and burgers at the 19th hole... 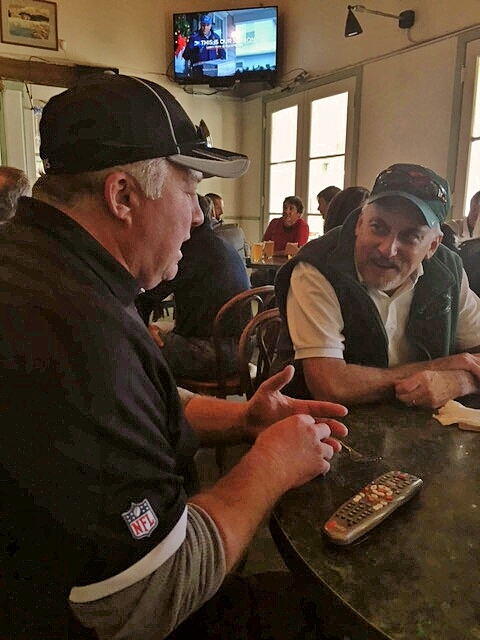 Pathetic. But another good day of bad golf.