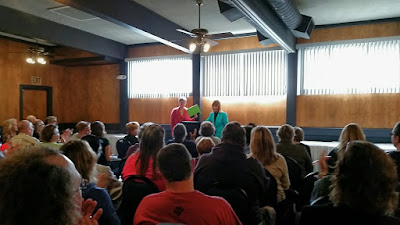 Attended Congresswoman Jackie Speier's Townhall Meeting to welcome new GGNRA head Christine Lehnertz. I was surprised to find a full house with SRO in the banquet room of Nick's Restaurant at Rockaway beach in Pacifica. Billed as a brainstorming session for how to celebrate the hundred year anniversary GGNRA next year, she got an earful about recreation with dogs in Golden Gate National Recreation areas. I don't blame these folks, they've been fighting this battle longer than we've been fighting to protect and preserve the Sharp Park Golf Course. Interestingly enough, it's the same characters on the other side of the argument.

We were there to show the flag for the San Francisco Public Golf Alliance. Jackie Speier has long been a supporter of the Sharp Park Golf Course, recognizing it's importance to the community, historical significance, and important recreational service it offers to students, retirees, and a diverse clientele of blue collar golfers.

Some interesting overlapping threads at this meeting - more than I can sort out in this post - so I'll just list them:  As noted, a key objective of the W.E.B.L.E.E.D.U axis is to force the City of San Francisco to turn over control of Sharp Park to the GGNRA, thereby ensuring the destruction of the course. Early on, I exchanged words with then SF Supervisor Ross Mirkarimi (yes - that Ross Mirkarimi) at a Board of Supervisors hearing with a "compare and contrast" argument over the potential role of  the GGNRA at Sharp Park vs. their work at Crissy Field.  The GGNRA manages the Mori Point park just south of Sharp Park. The same field biologist the GGNRA relies on for expert advice to enhance the endangered frog and snake habitat at Mori Point helped develop the plan being implemented San Francisco Rec & Park at Sharp Park (over the objection and non-stop lawsuits of the WEBLEEDU's).

Finally, over the years - I've taken a lot of pictures of the GGNRA run Mori Point Park from the 16th Tee at Sharp. It was a beautiful sunny day in Pacifca when the meeting broke up. I decided to take the opportunity to walk a couple miles of Mori Point trails and take some pictures of Sharp Park from Mori Point: 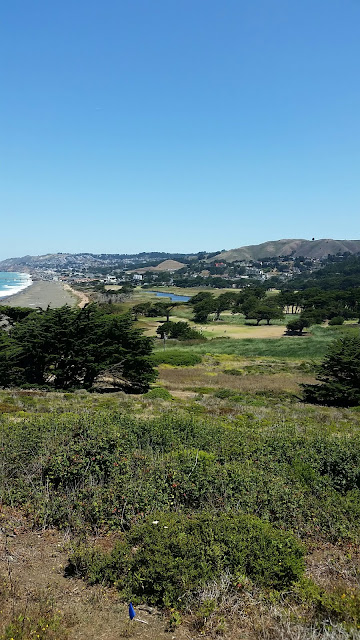 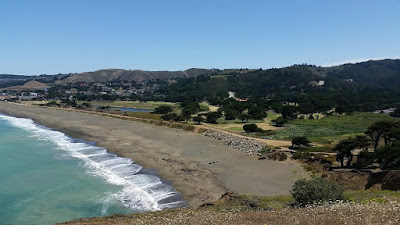 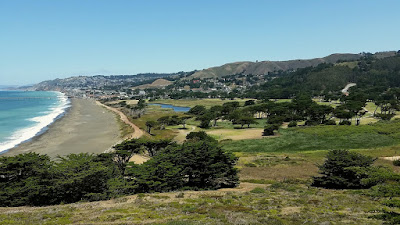 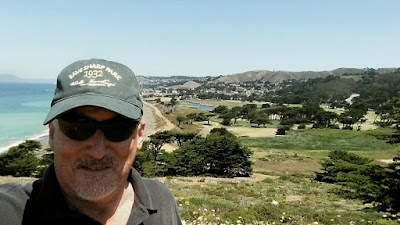