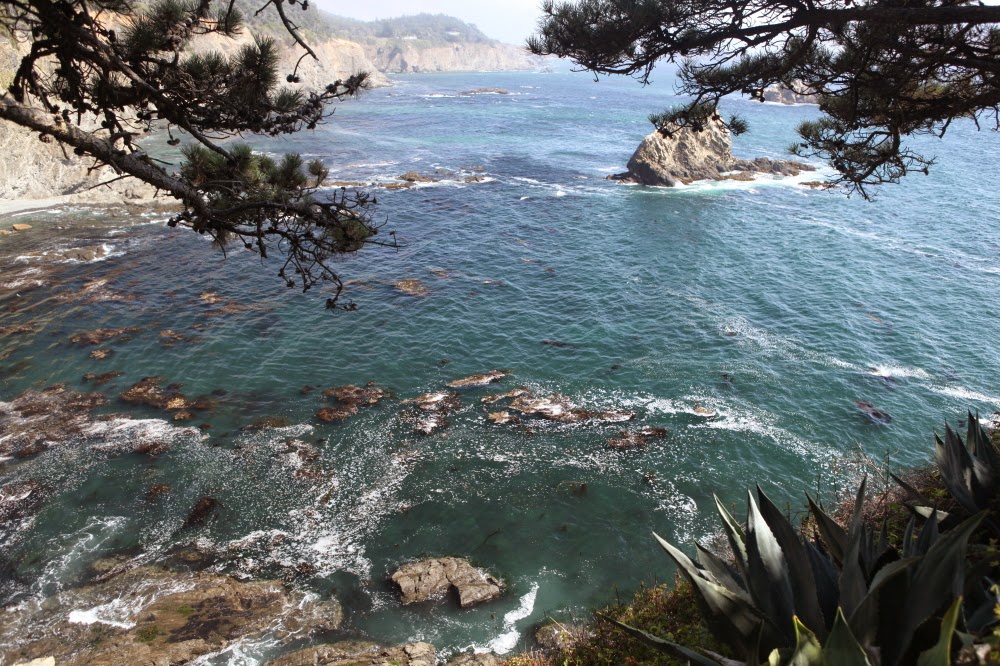 With the late start, we missed the morning low...


... but instead were rewarded with brilliant sunshine to augment the great viz and benign swells in the protected cove.  It was a low high and a high low anyway - tides often associated with good visibility.  We were not disappointed.

Some pics from a great kickoff to the second half of the 2014 abalone season. 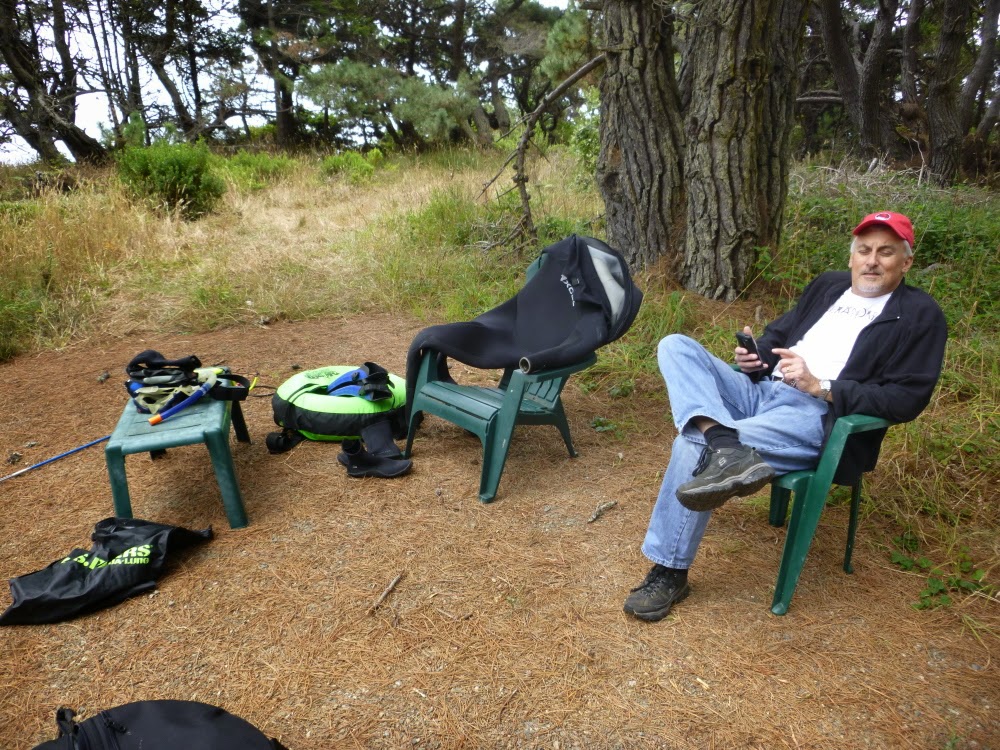 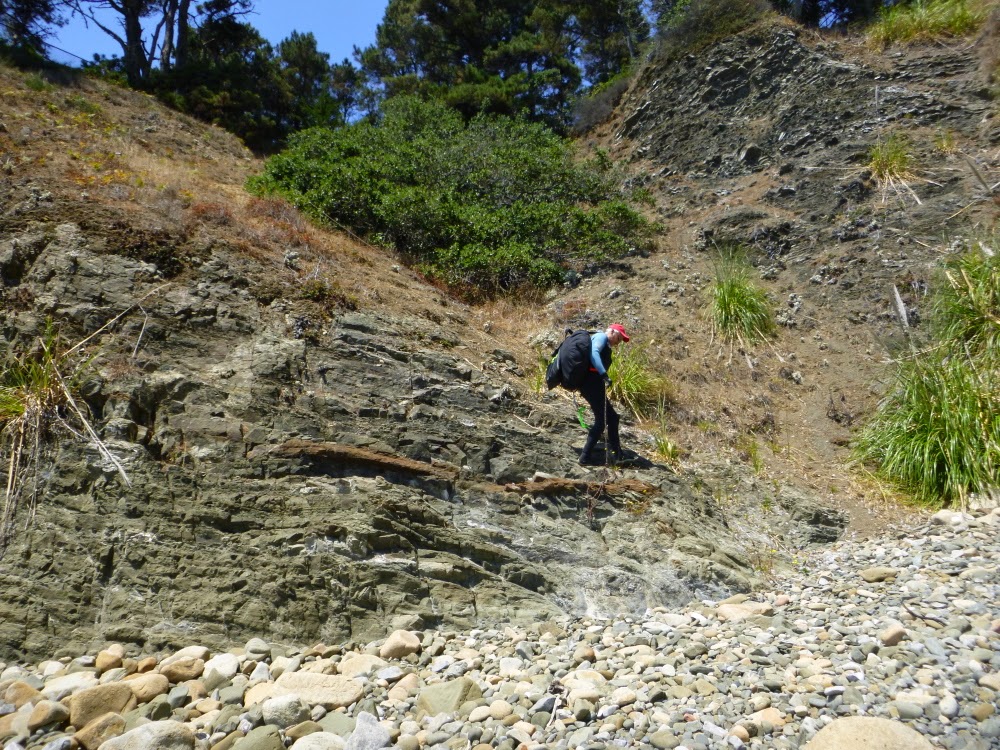 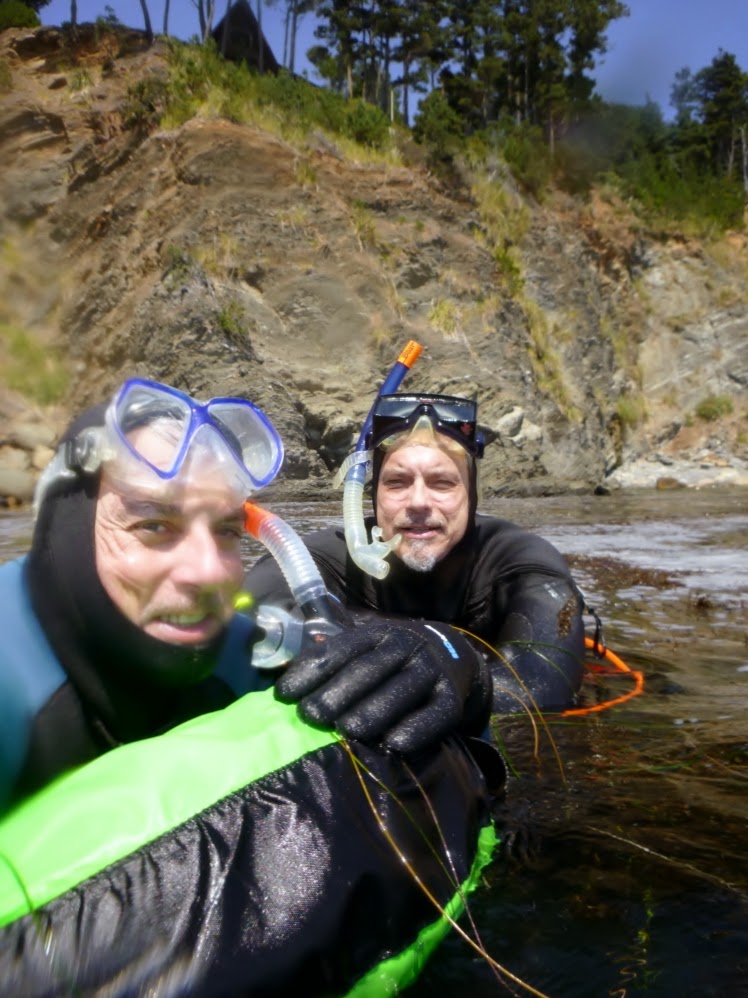 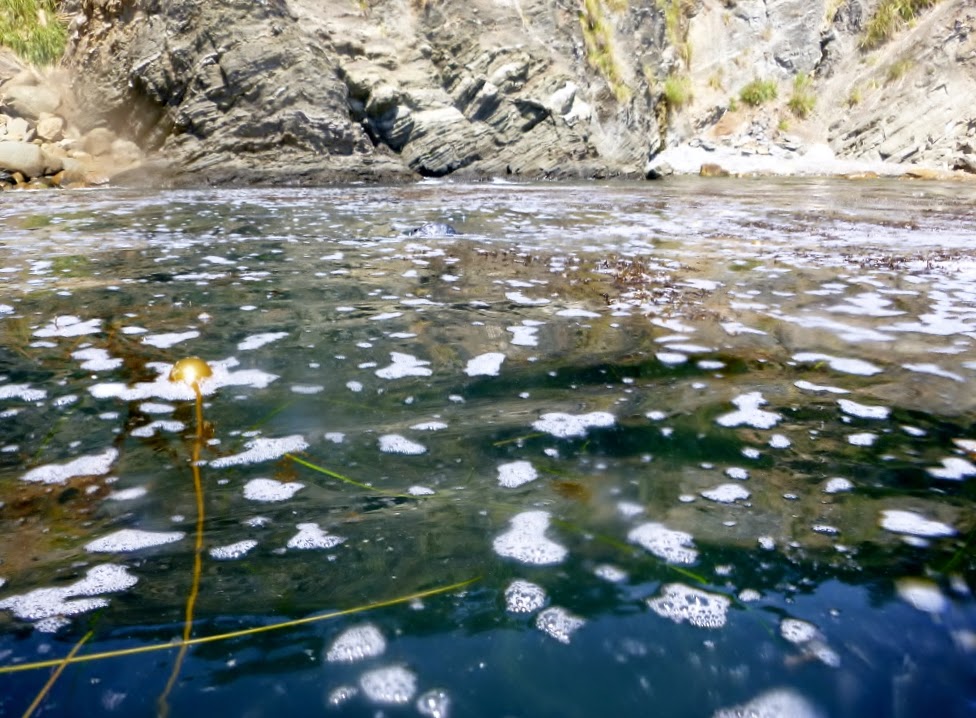 Checking out the GoPro (Will update post with vids eventually. Really): 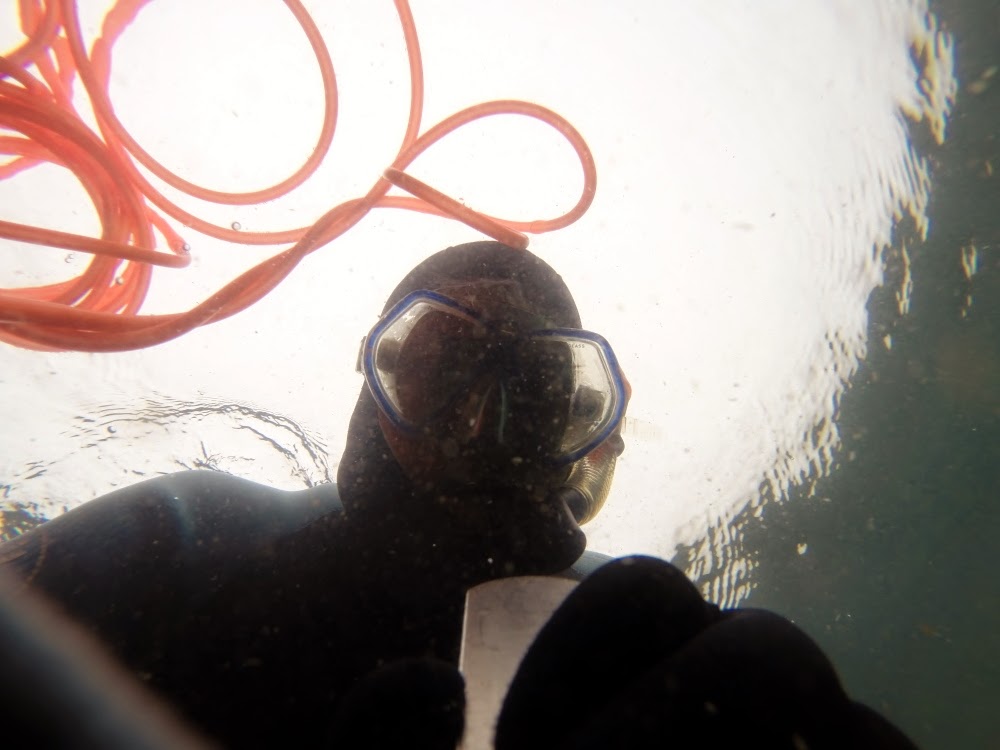 Sights from a great day of diving:

We were seeing a lot of jellyfish in the cove, which is a possible explanation for the Mola Mola guest appearance:


"SANTA CRUZ -- Helpless in the wind and sounding like a nominee for Best Foreign Language Film, velella velellas have returned to the Monterey Bay in droves... Warmer water is bringing other unusual sights, including more sightings of long-beaked common dolphins, Cummings said. Black said she's also seeing more Risso's dolphins, joining the bay's resident Pacific white-sided dolphin, which prefers cooler temperatures. Black also has seen another odd sight: sunfish, or mola molas, have been gobbling up velella velellas (which is a mouthful, so to speak). "I've never seen a sunfish eating a by-the-wind-sailor in all my 28 years," Black said..."

This one was probably a juvenile as Mola Mola can grow quite large. This guy also had some chewed fins.  A possible explanation from Wikipedia:

"Sunfish are most often found in water warmer than 10 °C (50 °F); prolonged periods spent in water at temperatures of 12 °C (54 °F) or lower can lead to disorientation and eventual death. Researchers theorize that surface basking behaviour, in which a sunfish swims on its side, presenting its largest profile to the sun, may be a method of "thermally recharging" following dives into deeper, colder water.Others point to sightings of the fish in colder waters outside of its usual habitat, such as those southwest of England, as evidence of increasing marine temperatures...  Sea lions appear to hunt sunfish for sport, tearing the fins off, tossing the body around, and then simply abandoning the still-living but helpless fish to die on the seafloor..."

The Mola Mola sighting was a bonus - our primary day one objective was met: 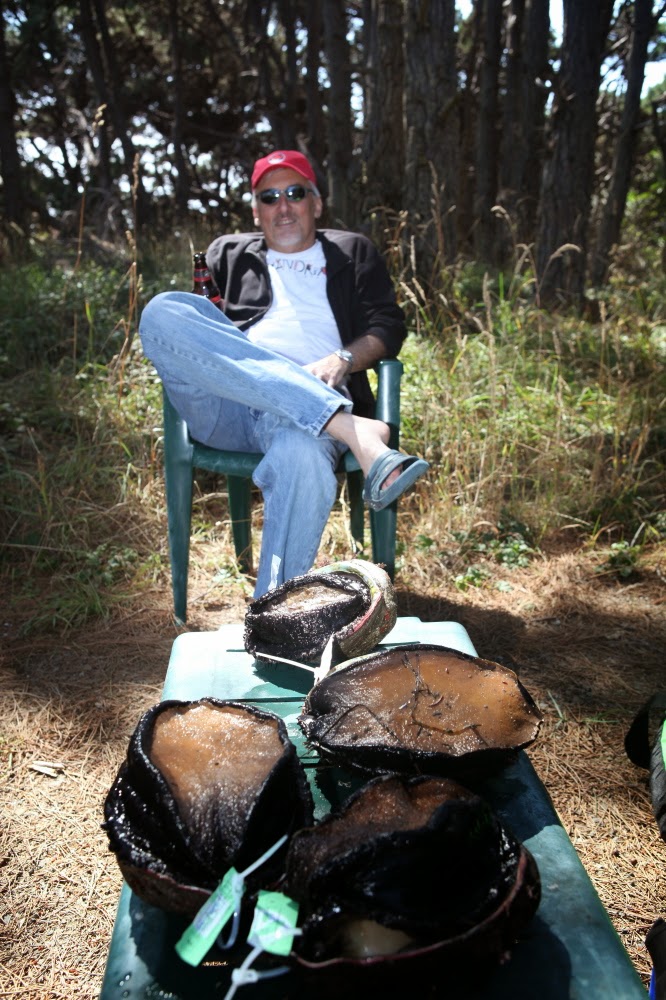 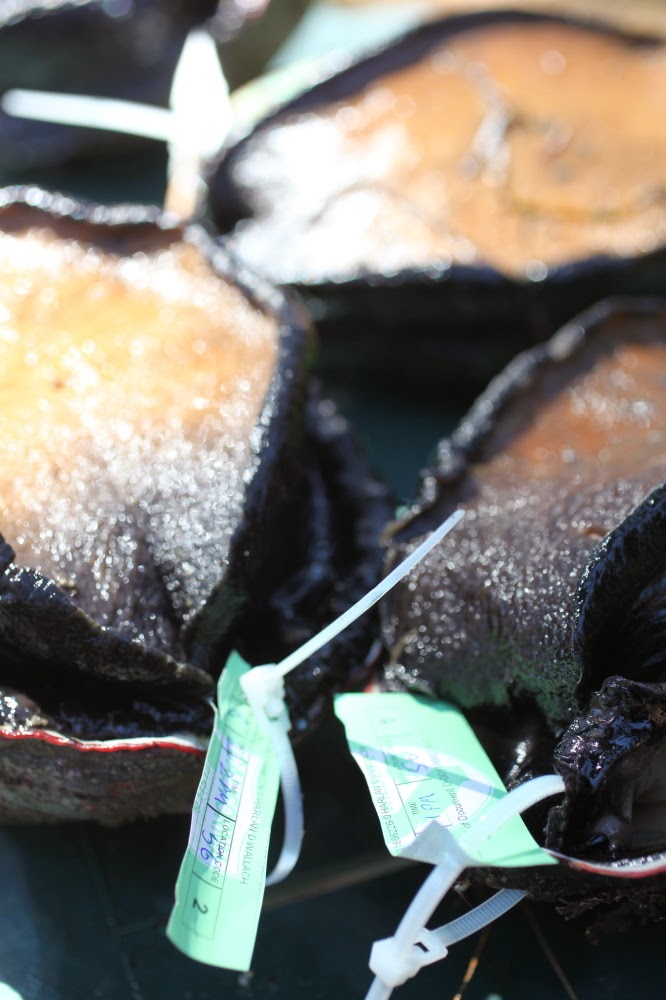 We took two each for our first day. 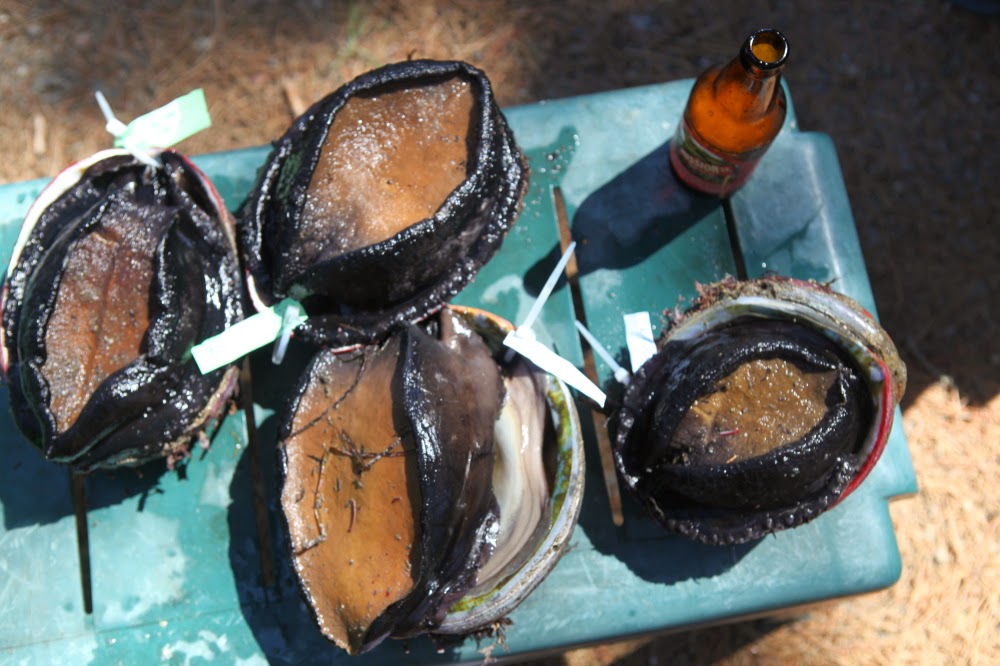 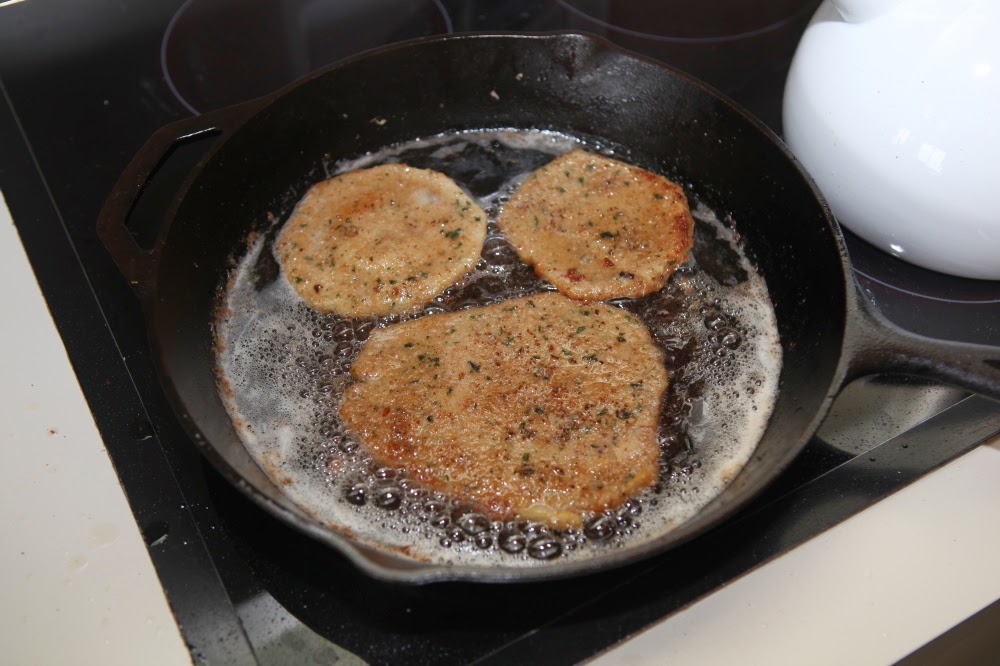