OGC at Rancho Canada - The Triumph of Bad Golf 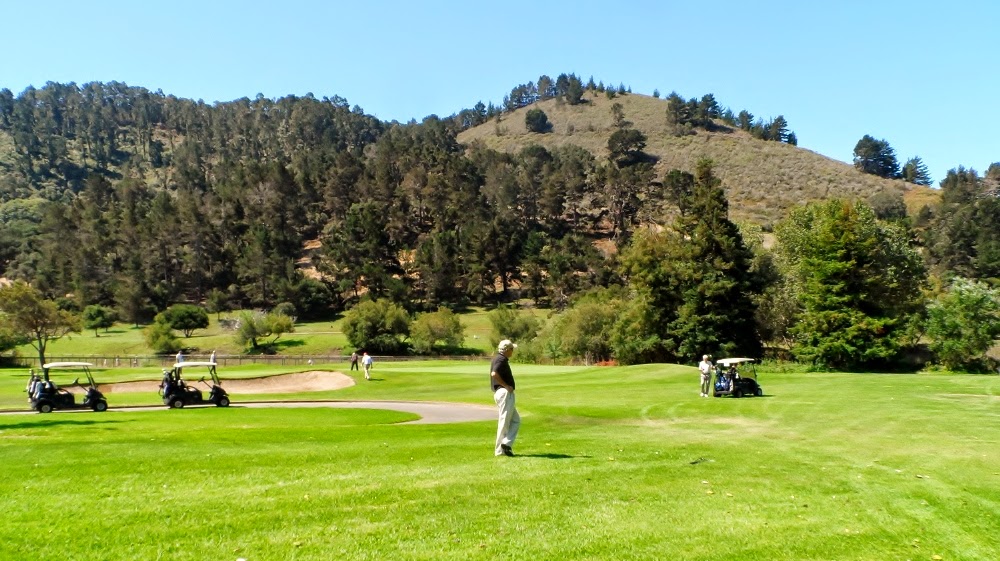 Rick and I were teamed with Steve and Paul for an Oracle Golf Club event at Rancho Canada (East Course) in Carmel. 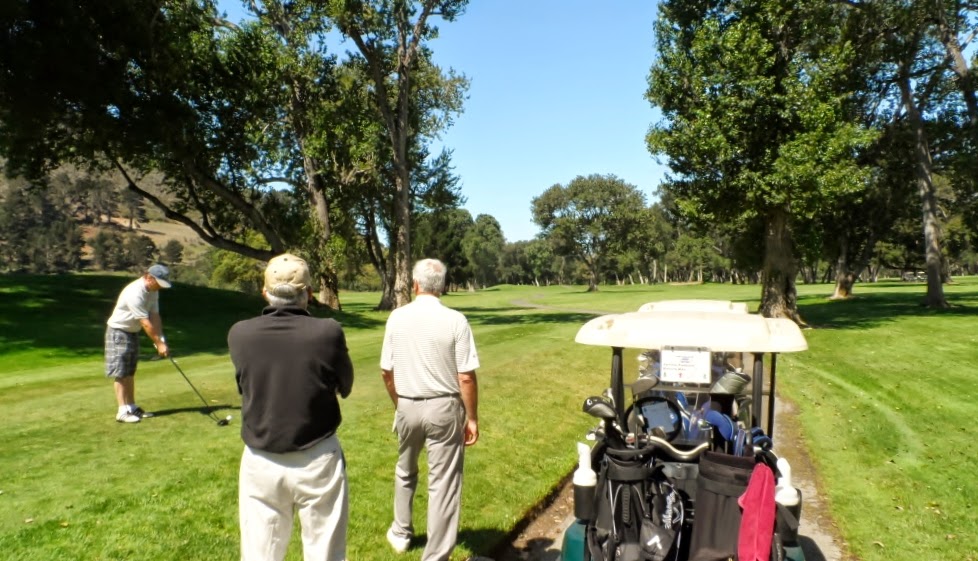 As is our custom, we generally do not "Live Blog" the round when paired with real golfers who are not familiar with my golf blogging fetish.  It can be distracting.  And annoying.  Really, really annoying. However, the round was notable for several reasons, so we'll post a few highlights. 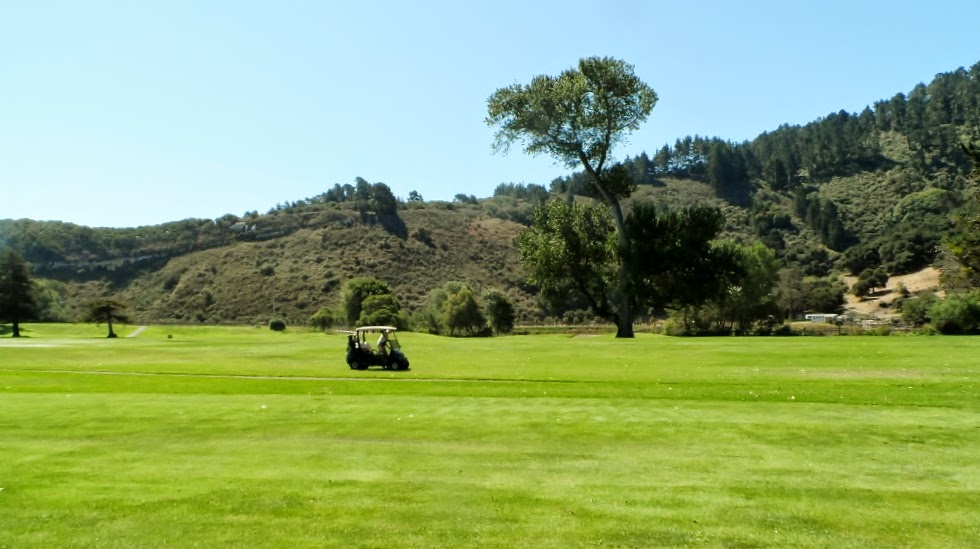 First, our foursome won the team net two best ball format. This is my second consecutive victory on the OGC tour after our triumph at Eagle Vines. Note, these victories were with two completely different foursomes. Except for me. Draw your own conclusions.

Second, I was putting for only the second eagle of my golfing life on the sixth hole. This is a par four with tricky tee shot through a gap in the trees, over a creek, toward a well protected green.  Drive the green, and you are rewarded with an eagle putt like this: 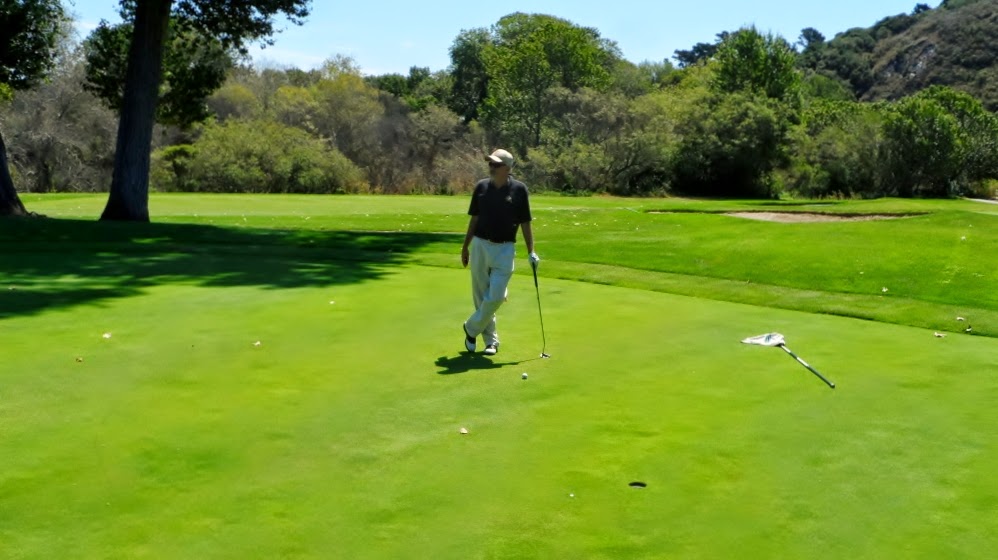 But it's 237 yards. A par four. Yeah, that's what I thought.  At Lincoln there are three holes on the back that play to a similar length, and they are all par 3's. So I played it like those Lincoln holes and hit the driver, putting the ball on the green nine feet past the hole (actually, that almost never works at Lincoln, but it seemed to work today at Rancho Canada).  Difference being, instead of putting for a bird on Lincoln on a similar hole, I was putting for an eagle at Rancho Canada. And to the shock of the real golfers in our foursome...

And put a double circle on my scorecard. 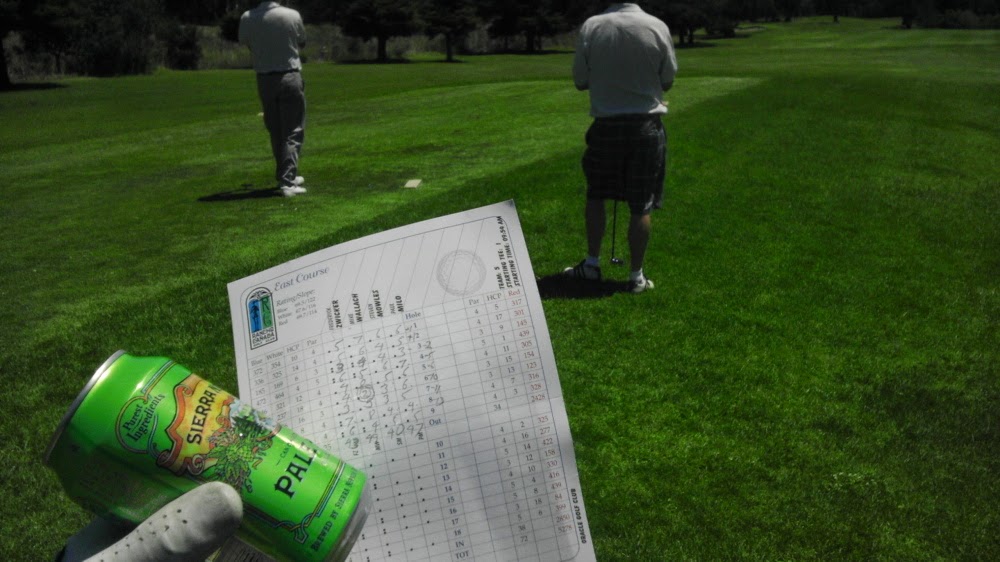 The third highlight is the most astonishing of all. This one requires some context. Carmel is a bit of a drive from the Bay Area, so we only had 5 foursomes in the tourney.  The fourteenth hole was the long drive hole.  We were the last group of the day.  Rick was the only one in our foursome to put his ball on the fairway. Apparently that was more the rule than the exception for most of the other groups, as when we approached Rick's paltry 197 yard drive, we were stunned to find it 15 yards past the longest drive marker.  Yes, Rick won Longest Drive with that limp dick drive.  We'll never hear the end of it. 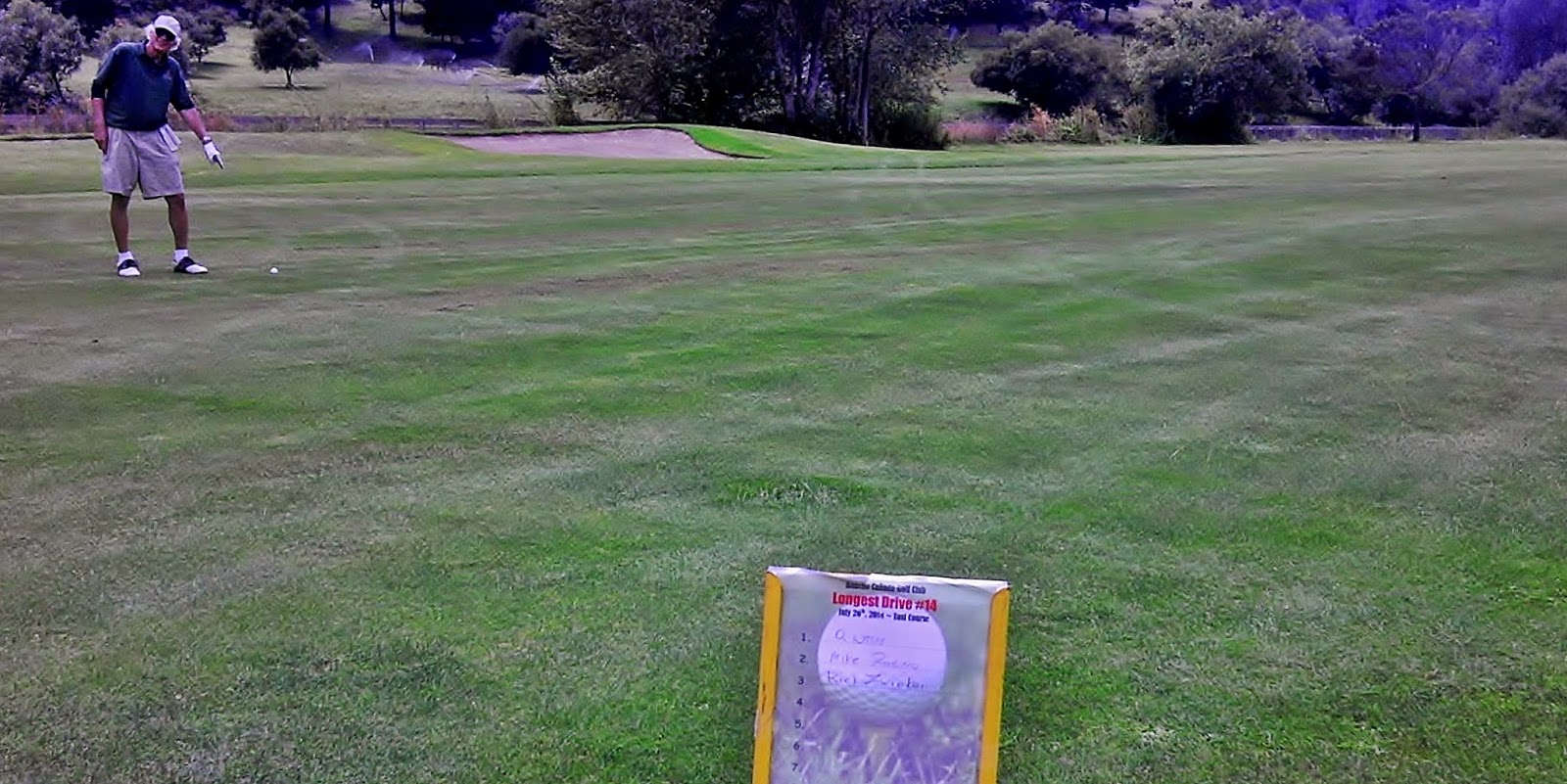 We have grown accustomed to the phenomena of watching very good golfers pulled down to our level when they find themselves in a foursome with me and my Bad Golfer Association compadres.  Today we may have achieved a new high water mark in the history of Bad Golfdom. This tourney awarded prizes to: The longest "Closest to the Pin" (33 feet) in the clubs 23 year history, the shortest "Long Drive" (197 yards) in club history. And two consecutive victories to one of the worst golfers in the club. 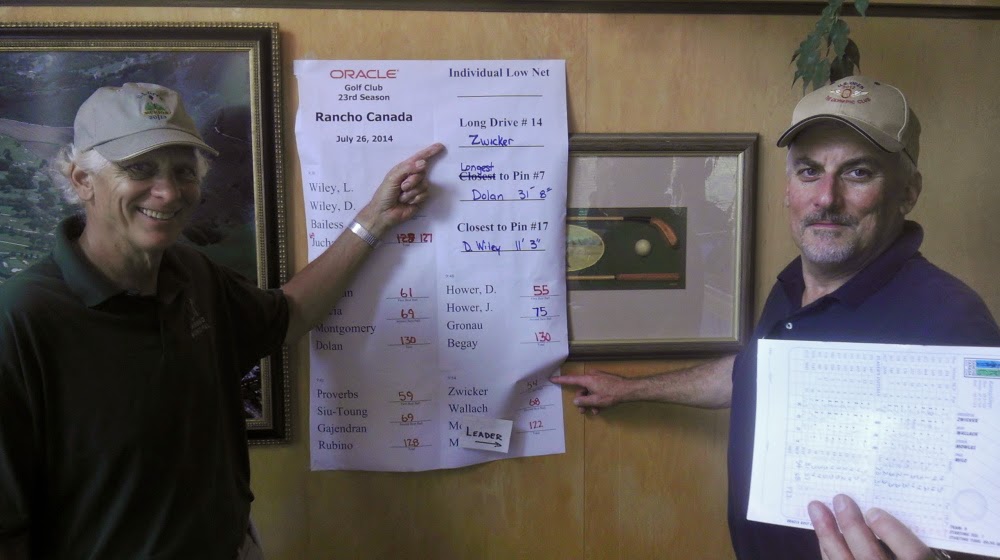 We successfully dragged an entire golf club down to our level. Quite a day.

For the long drive, one only has to show enough to win.
I've already crossed it off my bucket list.
RZ

Nice putt on six and awesome camera work on the video.

Congratulations on being the steady anchor dragging down an entire golf club. There's got to be a word with many syllables in German for that.