The New York Times weighs in on abalone diving. 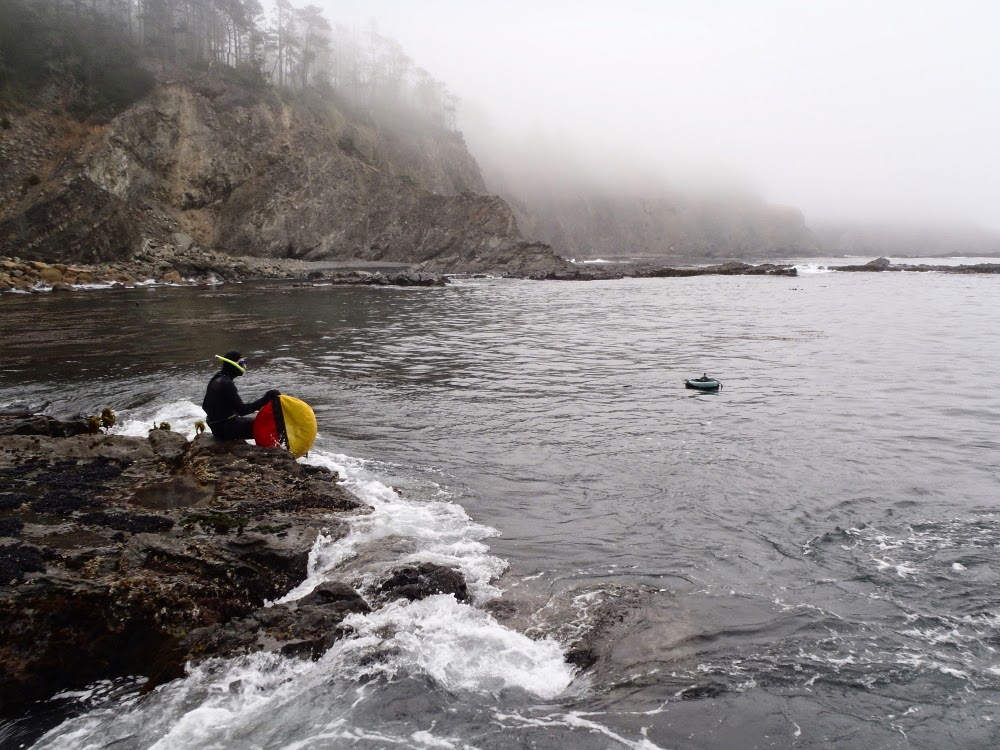 And it wasn't a particularly upbeat article. All about dead divers and poachers.

FORT BRAGG, Calif. — Every year, as steady as the tides, lifeless bodies are pulled from the cold, restless water along the rugged coastline north of San Francisco.

Most of the victims are middle-aged men. They wear black wet suits, usually hooded. They are often found in small coves framed by crescents of jagged rocks. An abandoned float tube sometimes bobs about nearby. Almost without exception, the victims are found wearing weighted belts that help them sink.

Sometimes the bodies are discovered by friends nearby. If the fog is not too thick, the victims might be spotted from the towering bluffs above, where lifeguards patrol dozens of miles of desolate coast and armed game wardens spy for poachers. Many of the bodies are plucked from the swells by a search-and-rescue helicopter crew accustomed to making daring rope rescues and recoveries several times a year. The bodies are those of abalone divers." 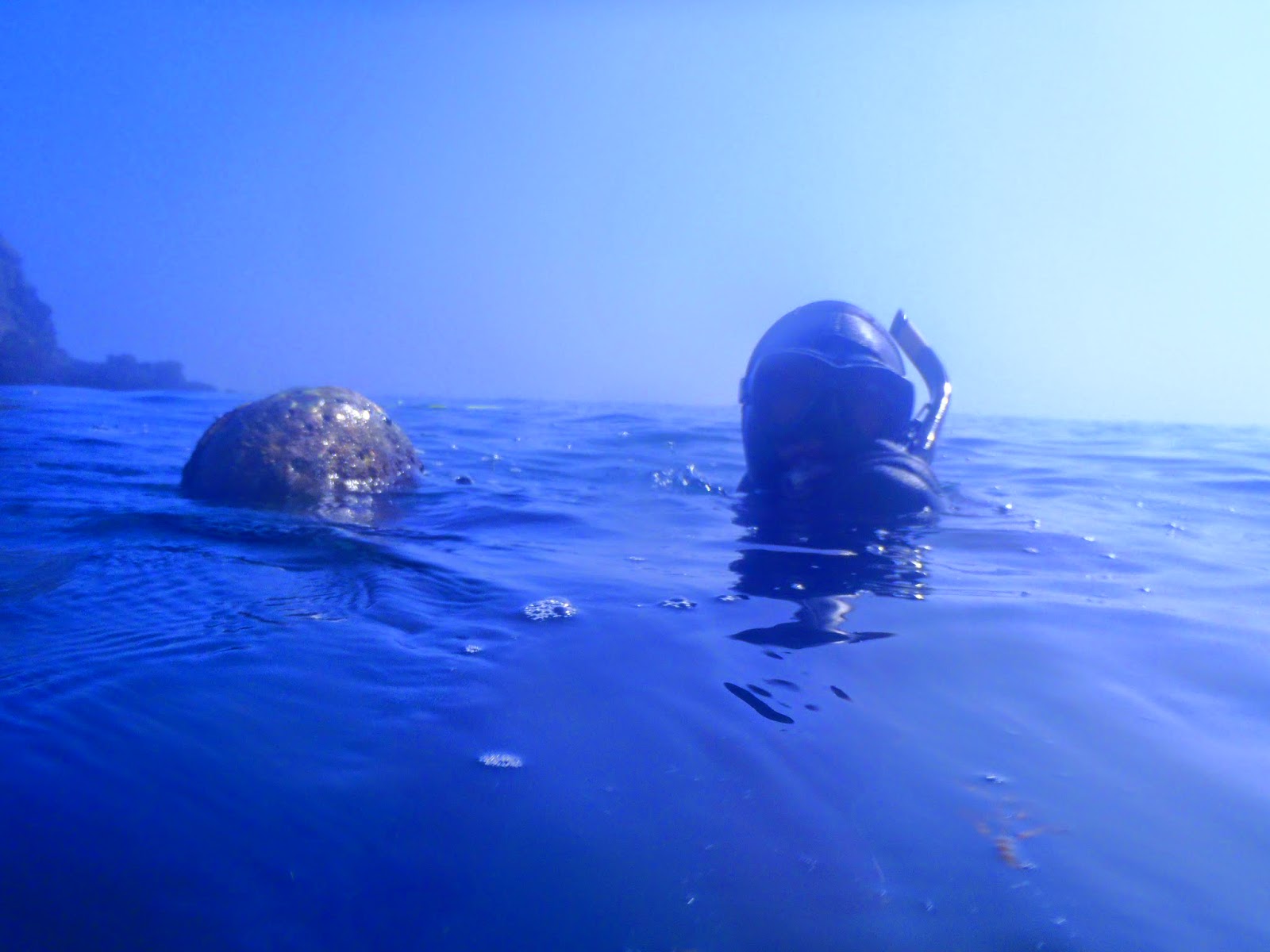 On the other hand.  Since "most of the victims are middle-aged men" I guess I don't have anything to worry about. I am outside of that category now.  So no problem. And if you can't trust the New York Times, who can you trust? 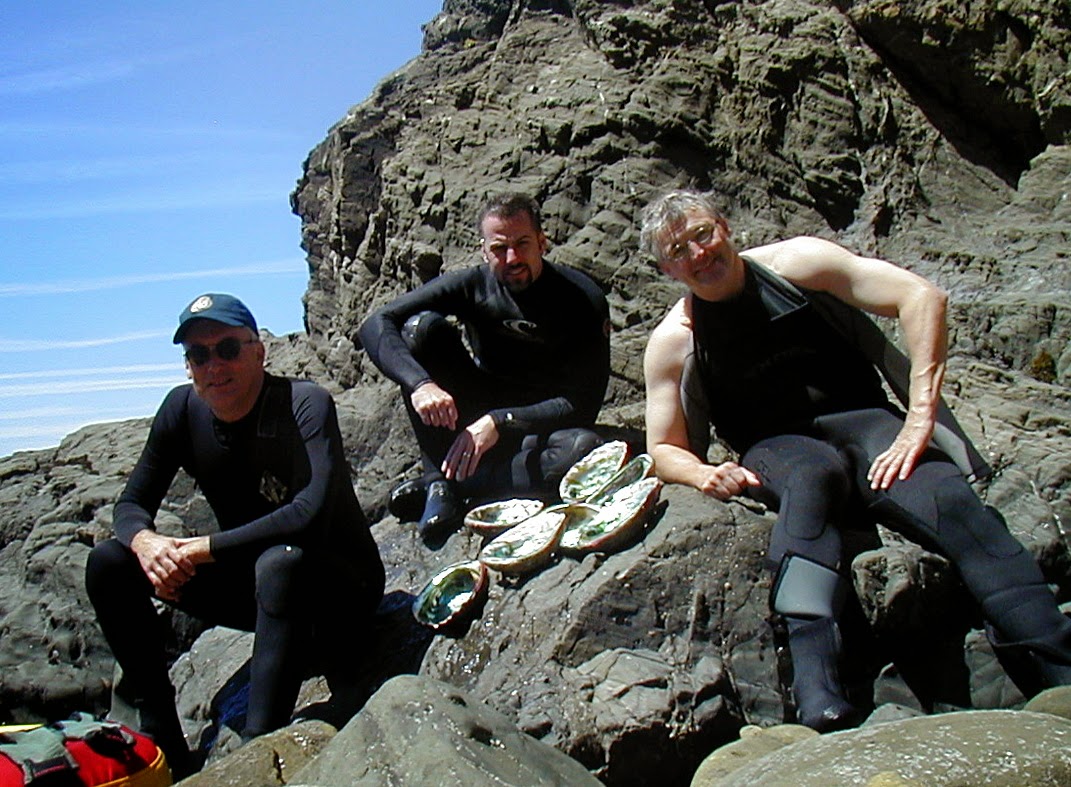 Still, I like the more upbeat coverage of the sport from their December 4, 2005 article a little better:

"So is a warmly shared adventure among old friends, to judge by the experience of Zachary A. Nelson, the chief executive of NetSuite, a software company in San Mateo. Mr. Nelson, 44, loves to go abalone hunting, in which divers, without scuba tanks, face the multiple hazards of drowning, jagged rocks and sharks. But even when he escapes the office to go diving, he said, he doesn't always leave his work behind. A few weeks ago Mr. Nelson spent an afternoon diving off the Sonoma County coast with Michael Wallach, an executive vice president at Citadon, an Internet firm. Not only did Mr. Nelson surface from the kelp beds with a rare mollusk 10 inches in diameter, but also he and Mr. Wallach struck a deal to bundle their companies' software products."

Zach and some of my other Ab buddies need to watch it. They're still in that dangerous "middle-age" category. 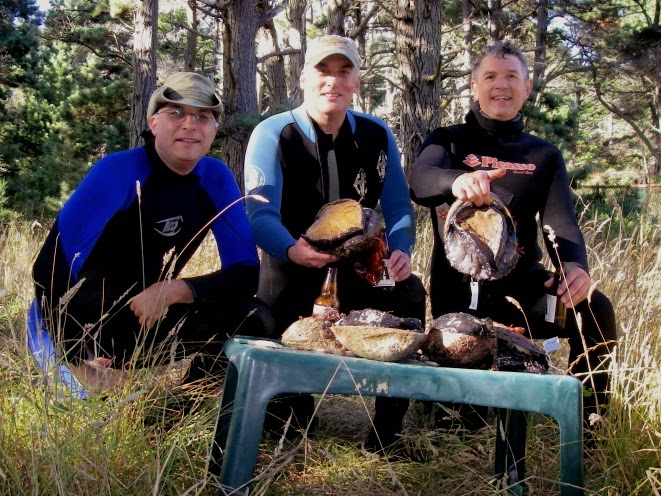 Season reopens in a week. 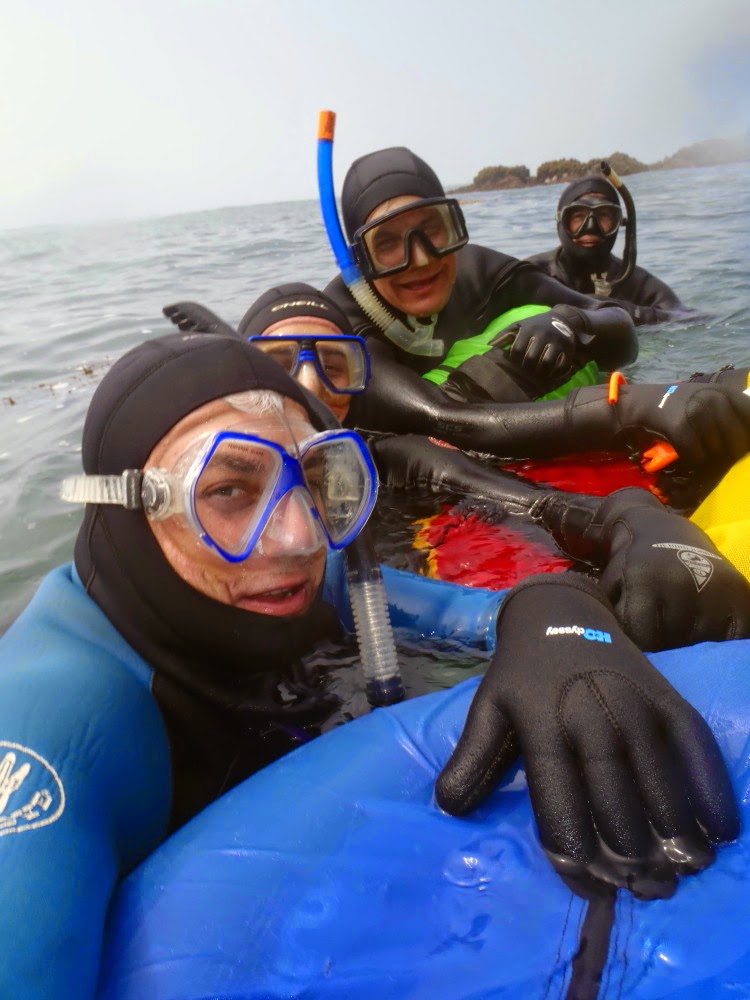