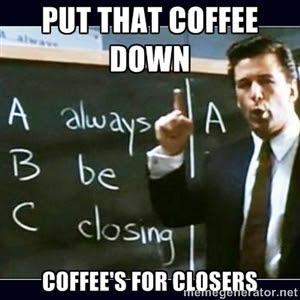 This will be a little out of the ordinary for this blog, so I feel I need to preface this post with an explanation.

Although I was an early adopter, I always considered LinkedIn to be little more than a glorified contact list and didn't use it for much of anything else. Since going public, LinkedIn has evolved into something that offers interesting content and commentary that pulls me in regularly. An article that got my attention recently was Steve W. Martin's post "The Truth about 50+ Year Old Sales People" linked from a discussion thread on Linked-In Sales Management Executives group:

"It's still hard times for salespeople and sales managers over 50 today. As companies have downsized, they find themselves five times more likely to be let go when compared to their younger counterparts. They also have a more difficult time finding new jobs because younger sales managers have five basic fears about hiring someone older than themselves...  Given these fears, I would like offer five factors sales managers should consider when choosing between younger and more senior salespeople."

I'm a fan of Steve W. Martin's work but have a few problems with this article. I started to reply in the comment thread, but it soon became obvious I would blow through the comment length limit (an unsurprising development to regular readers of my other blog). So, I need somewhere to unload - this blog wins.

Like others in the Linked-In comment thread, I'll start by declaring my demographic allegiance. I am sixty years old and was in high tech sales and sales management my entire professional career. The age discrimination issue discussed by Martin does not affect me directly as I opted out a few years back to work on a second act and pursue other life goals. Nevertheless I feel compelled to raise my voice out of demographic loyalty to my aging tribe and correct a few of Mr. Martin's assertions. Calibrate as you see fit. 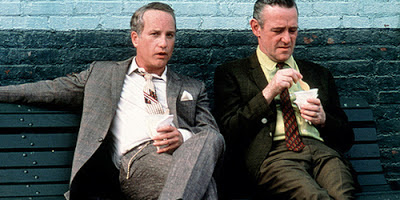 First, credit where it's due – Mr. Martin does a nice job of distilling the irrational and “unfounded” fears that a young sales manager may have about hiring a senior salesperson. That said, I have my doubts about his first “unfounded” fear being actually - you know - unfounded:


“They are Un-coachable. Younger sales managers fear older salespeople are set in their ways and won’t take their directions.”

One wonders why the young sales manager would think that about us oldsters? Why wouldn't a senior salesperson like myself be eager to take guidance and learn new sales techniques from a manager who's mother was wiping his diaper-rash chapped ass with vaseline while I was out closing multimillion dollar competitive enterprise software deals? Sure, that young sales manager could very well have some deep sales insight that might change a world view honed over a lifetime of competitive cut-throat enterprise sales. It could happen. I guess.

But other than that quibble, Martin is spot-on with his litany of unfounded young sales manager fears. I would just offer a bit more clarification about that his last listed “unfounded” fear:

“They Really Want My Job! Perhaps the biggest fear of a younger manager is that he is hiring someone who may upstage him in the eyes of senior management in order to fulfill an ulterior motive of taking over his job.”

Trust me young sales manager. We really don't want your job. Yes, we know for an absolute fact that we could do your job much better than you. In our sleep. With a hangover. While concurrently writing the Great American Novel, managing two fantasy football leagues and kicking your ass in Halo. We know that.

We know every single thing you are going to say before you say it. We have carefully considered every sales idea that occurred to you long before you thought of it. It's okay. We'll pretend to be interested and thank you for your suggestions. This is what you need to understand - We want you to look good.

You look good when we close deals and crush our number. We're fine with that. No shit - we really don't want your job. Nobody in their right mind wants a first line sales management job. Been there. Done that. If you are doing that job right it means you take the blame when things go wrong and get no credit when things go right. But somebody's got to do it. We're glad it's you and not us. I hope this eases your mind. 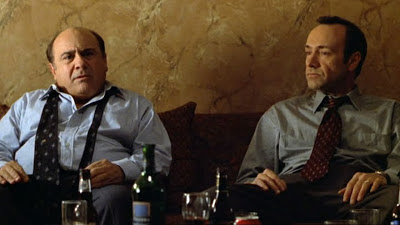 My real issue with the article is not the “fears of the young sales manager” as outlined by Martin, but his rationale for hiring 50+ salespeople. Lets go through them:
First, if your company is not selling to C-level, you cannot afford to hire a senior sales professional. Mr. Martin makes the excellent point that a gray hair CEO is going to have more confidence in a 50+ sales professional than some twenty-something who thinks planning ahead means not forgetting their iPhone on the bedside table. The problem is that he does not go far enough. Truth be be told, your typical 50+ salesperson is still nursing delusions of youth (“Fifty is the new thirty!”) They have yet to give up on their hope of being a rock star or playing for the Yankees. They are probably dying their hair or shampooing with minoxidil or  buying Grecian Formula in bulk or all of the above. As Martin points out, if you want to effectively sell to gray hairs you've got to have gray hair. Your 60 plus sales professional has embraced the gray. For all the reasons that Martin outlines, if 50 something is good, 60 something is better.
Actually it's about both. Now - your typical 60 something salesperson actually had a real Rolodex at one point in his career, unlike anyone 50 or under. Moreover, as an early adopter who could fully appreciate and embrace real sales productivity tools, that contact list was painstakingly transferred to the original Palm Pilot as soon as it was available (Yes – your 60 something sales pro is fluent in “Graffiti” -a lost skill). He/she has continued to roll forward every single contact from the beginning of time into every new technology since. Sure, some of those contacts have been sucked into Salesforce.com along the way, but they are all still in that senior sales pro's smart phone today.

Does he/she actually remember all these contacts? Fuck no. Many of them are probably dead by now. That's the point. Your average 60 plus sales pro has more dead people in his contact list than your young sales manager has even met in his professional career.

You want to talk about building relationships? How about entering a new C-level contact into your smartphone only to find it already there. Happens all the time with your 60-something sales pro. You met that CFO when she was a public accountant putting together an S-1 for a bubblicious dot com IPO in 1999 . She helped you spend their investor's money on enterprise software that was never implemented. Ah - good times. Instant relationship. The best relationships accompany the biggest “Rolodex” and the biggest “Rolodex” belongs to the eldest among us. 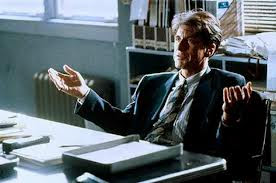 I don't think “wit” means what Steve W. Martin thinks it means. No matter. Despite Martin's contention, you can judge a book by it's cover. And if there are no shades of gray on that cover, it's probably a pretty boring book. Just sayin...
True. But sales is first and foremost a performance based profession. Nobody understands that better than a 60+ sales pro. So, yeah, Mr. Young Sales Manager, your team is going to benefit from having a seasoned sales pro as an example for the rest of your staff to emulate. But not as much as you are going to benefit from having a seasoned sales pro make your numbers for you.
Since the average age of commercial airline pilots is in the mid forties, and since it is only in recent years that the airline industry relaxed the pilot's mandatory retirement age of 60, this is probably not the best example that Mr. Martin could have used to counter the ageist bias of clueless sales managers. That said – when I settle into my airline seat and see a pilot who looks like they could pass muster at a high school prom, it is a little pucker inducing. So... point taken. Now that I think of it, I feel the same way about when interviewed by sales managers who only need to shave twice a week. But I digress.

The sixty something sales professional is the last of a breed. Their sales career started when every sales office had a team secretary who brought hand written phone messages on pink post-it notes, important phone numbers were memorized and the location of every pay-phone in the territory was a strategic advantage. They understood the concept of planning a major team sales presentation because the custom 35mm slides needed to fill out the presentation carousel took two weeks to prepare from the corporate graphics department. Competitive analysis meant stealing leads from the wastebasket of a competitors sales office and reading their forecast white board with binoculars from across the street. Not that I ever did anything like that. You just hear stories.

Now that same sixty plus sales pro is responding to voicemails, e-mailing forecasts, collating Linked-In prospect employees with their smartphone contacts and composing a Powerpoint sales presentation on the passenger seat of the car while barreling down 101 to the prospect's office. And they still memorize all  important phone numbers. 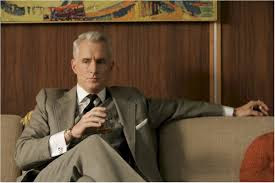 Look, I've got nothing against 50 plus salespeople. Some of my best friends are 50 plus salespeople. Let's just wrap this up with a couple of quotes. First to paraphrase Ronald Reagan:  ”I will not make age an issue. I am not going to exploit, for purposes of a job, my opponent's youth and inexperience.".  But if you want real breadth of experience selling in all environments, you've got to go 60 plus.

Finally there is wisdom in P.J. O'Rourke's book title: “Age and Guile Beat Youth, Innocence and a Bad Haircut.” 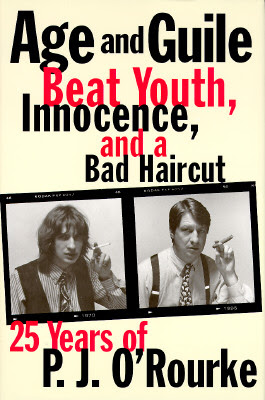 It works every time.

I just found your article and it is terrific. I could not disagree with a single word.

There is little about sales a kid could tell me, but I am still open-minded.

I absolutely do not want his job.

I look much younger than my years.
(people say that, but they mostly delude themselves)

Age does add credibility when selling to the C-Suite.

Thanks for writing this.

Gary,
Thanks for stopping by and for the kind words. I'm always surprised when anyone finds this blog, and even more so when they leave a comment.

It's particularly great to hear from another grey hair peddler. Glad to hear the piece resonated with you.

Great piece. Thanks for posting.
My favorite part was this:

"We know every single thing you are going to say before you say it. We have carefully considered every sales idea that occurred to you long before you thought of it."