The Answer is 42 - A Long Day in Monterey 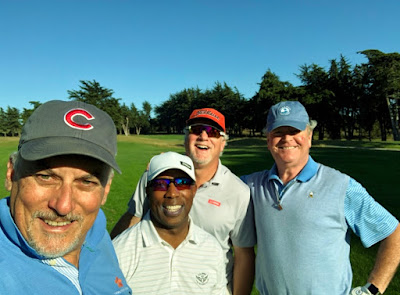 Playing 36 holes at the Bayonet / Black Horse Golf Courses is an annual tradition for the Oracle Golf Club. I can barely deal with the emotional trauma of 18 holes of my usual bad golf, but this year, agreed to attempt it. 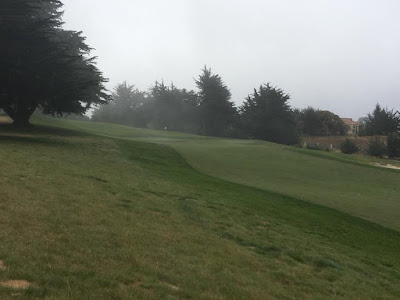 I was up at 4:00 AM to get my act together and make the 8:20 tee-time in Monterey. We started the day in sunshine, but the warm inland air alternated with cold swirling fog from the marine layer blowing in the from the ocean throughout the day. 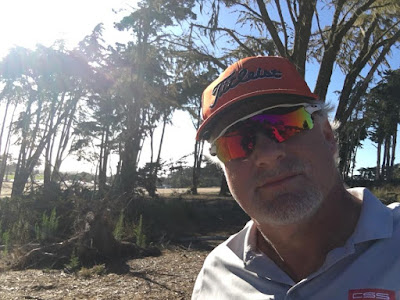 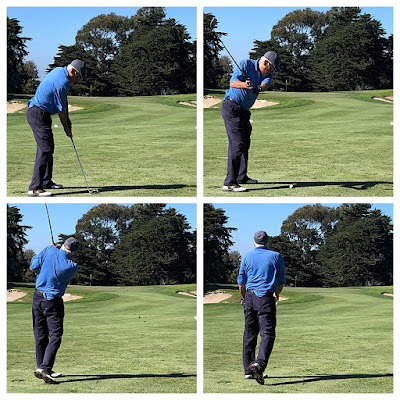 The extra holes didn't help. We were the only team to finish the first round with a net score over par.

After lunch, Paul joined us for the second round at Bayonet. He was back for the 20 year anniversary of the last time he played with OGC (plus or minus a few years - no one can actually remember that far back).  I decided that Paul has the best reactions after his follow through.

As a team we did a lot better on the back, but still came up short - finishing 2 strokes behind the winners.

Probably the highlight of the very long day was coming up 18 on Bayonet, the last hole. A wedding party was perched on a vista near the clubhouse and just getting started as we approached. Jeff was on the tee. You can see the wedding party in the upper right of the picture - in the same general direction that Jeff is looking after his tee shot. I should point out that Jeff is an excellent driver and hits the ball a long way.

He didn't actually get all that close, but he was close enough that the wedding party acted as a gallery and gave him an appreciative round of applause after his recovery shot back to the green. 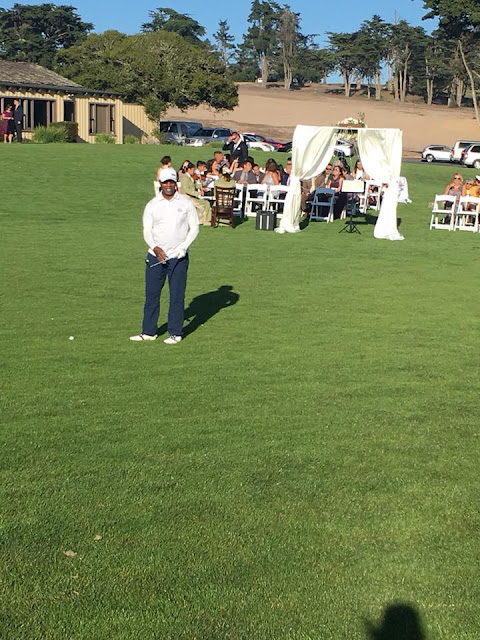 My net scores were 83 and 77. You figure it out. After the long day, Paul took pity on me and let me stay at his place in Pebble Beach and save me the drive back to EssEff. 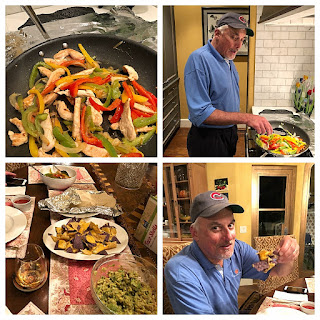 We talked about old times, ate fajitas, and drank single malt scotch. It was a long day, but a good day.

Credits: My phone was acting up (meaning I didn't have it adequately charged) so most of the pics on this page are stolen from my playing partners. Blame them.
Posted by mw at 10:00 PM