I checked the schedule before planning my annual spring trip to Shag Lake. Cubs vs Indians on arrival, Cubs vs Pirates on the back end. Perfect. I even caught a game on Direct TV on the United flight over:

It helped pass the time, but the Cubs lost 10-1. We arrived late, so it was the next day before I could indulge in a Chicago Style Hot Dog. Tried a place near my childhood home, "Biggies." It's been there for years, but I'd never tried it. Recommended: 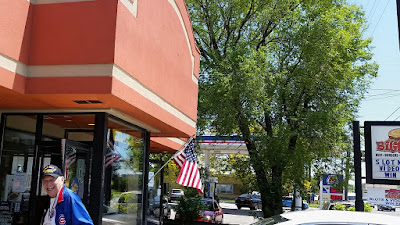 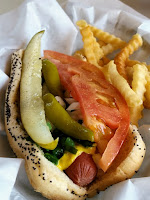 That satisfied the Chicago Hot Dog Craving. I had to wait until that evening to complete the cycle and fill the Italian Beef Craving at a classic Wrigleyville landmark: 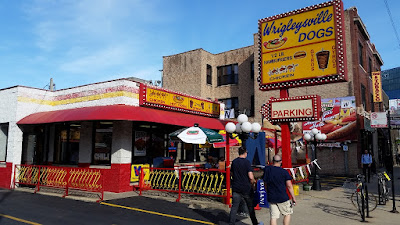 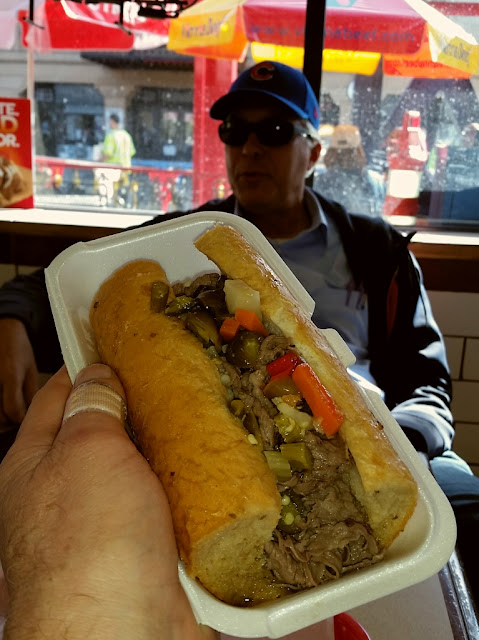 Then it's two blocks down to the Temple. 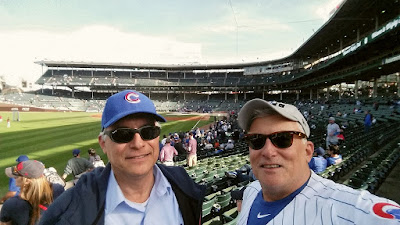 Harlan found us seats on-line. Cousin Nancy was also at the game,  she snuck (sneaked?)  into our section. 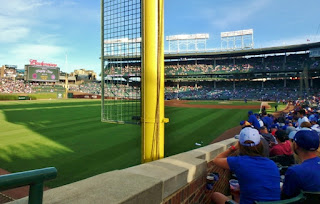 For some reason, we did not manage to get a picture together at the game. Probably because we were so nervous about what was happening on the field. Plus we were sitting among a bunch of Cleveland fans. Very annoying. 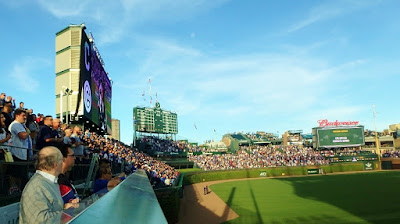 As far as the game itself, not so good. The Cubbies showed some defensive gems, but were also victimized by a great catch at the wall. Net... net, they got shutout and almost no-hit. Indians 1 - Cubs 0.

I am becoming concerned. Going back to the last game of the 2017 season, and before that in a 2016 NLCS game, I have now attended 3 Cubs losses in a row at Wrigley.  Of course, they did win a World Series during that streak, so there's that.
Posted by mw at 11:06 PM