We've been tracking Jim, Deb, Ita and Morpheus as they've made their way down the Pacific Coast, and it looks like they are about to transit the Panama Canal. You can track them here, and watch them with live canal webcams linked here. 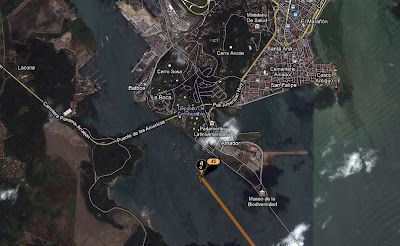 I'll update this post with screenshots when (if) I catch them on the webcam. 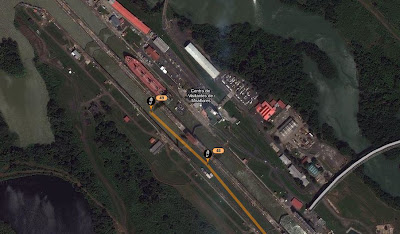 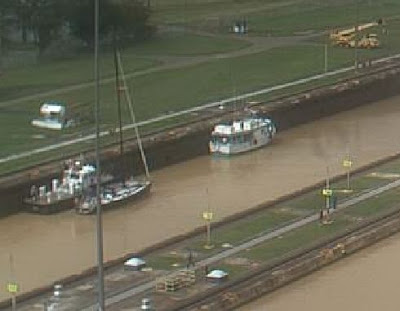 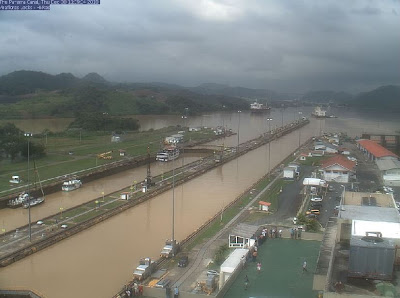 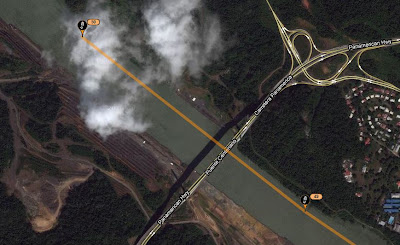 This is the Morpheus SPOT track on google maps as she makes her way under the Centennial Bridge... 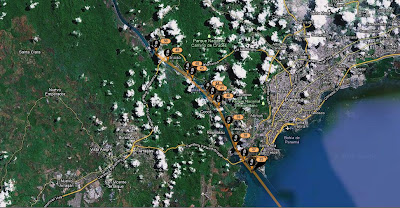 ...and across the Isthmus.

There is supposed to be a webcam that is focused on the bridge, but for some reason it was focused on a bush for the entire time that Morpheus was in the neighborhood. Must be a security issue.
Morpheus anchored in Gatun Lake overnight. I received this cryptic e-mail report from Jim while on the Gatun Lake anchorage:This struck me as odd behavior for Jim. He generally refuses to get his feet wet when Morpheus is in salt water due to an irrational fear of shark attacks in the Pacific. Apparently he also has an irrational lack of fear of crocodiles, snakes, and piranhas when Morpheus is in a tropical fresh water lake. Go figger.

UPDATE 3: Morpheus completes the transit the next day.
Posted by mw at 5:31 AM