We started the day with the traditional freeing of Sigrid's birthday balloons. A tradition much like the annual ballyhooed presidential pardon of a turkey. We have followed this tradition for one year in a row now. 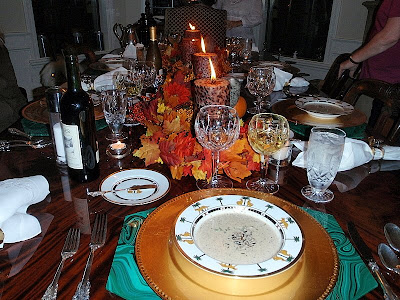 We were invited for Thanksgiving Dinner with friends in Sonoma. It was quite a spread. 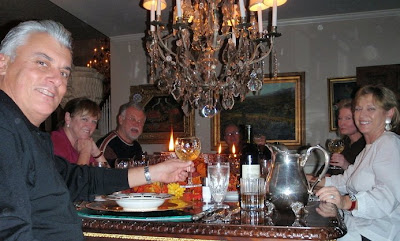 As always this time of year, there are a lot of stories about American overeating on Turkey day. A typical story reports that the average consumption is 4,500 calories and half of if from fat. That is average - as in - you need a lot of people to eat more than that to maintain the average. I am proud to say that I am among those who are pulling up the curve. I am guessing that I was somewhere north of 6000 calories just during the dinner proper. 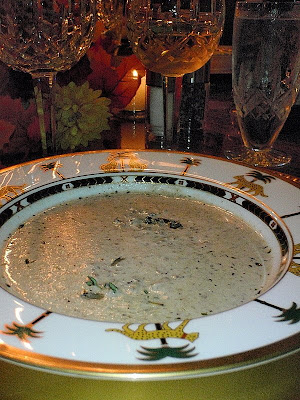 Sigrid's wild rice and mushroom soup was our contribution to the feast. With a cream and butter base, it is probably good for 1,000 calories all by itself. I had two helpings. 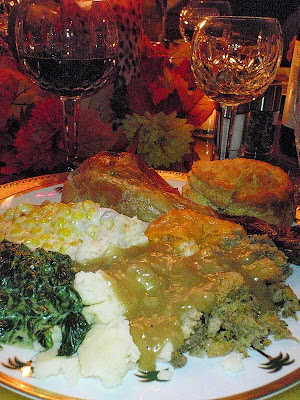 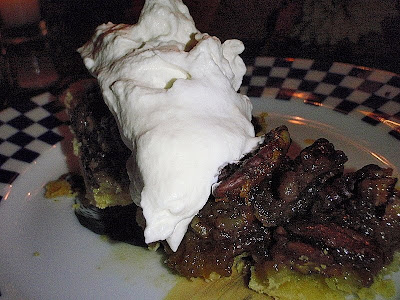 Lee's bourbon pecan pie with homemade whipped cream. My job is done. The average is safe for another year.
Posted by mw at 11:17 PM

Watching the balloons plummet one wonders if you might spring for helium next year.