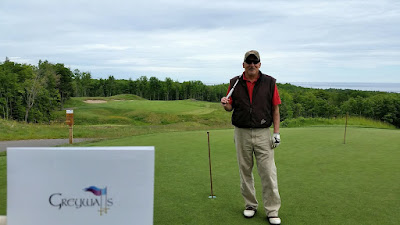 Cousin Matt set us up with tee-time on the Greywalls Golf Course at the  Marquette Golf Club. Love this course. 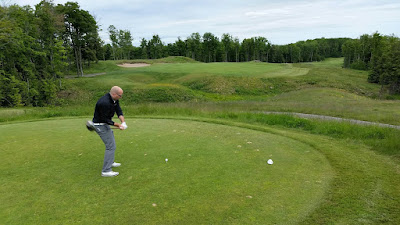 This was my second time on the track. Thought I would be able to live blog the round as I did in '09. T-Mobile had other ideas, deciding to put data roaming limits on my "unlimited" plan. When I live-blogged my previous round in 2009 I was on the Verizon Network then. There is a difference. I'll just have to update with more pics later.

Panorama from the practice green on the first tee. 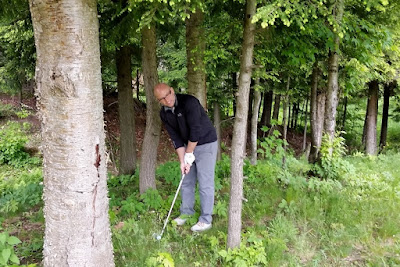 Matt is a tree hugger. 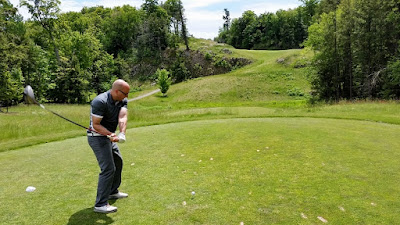 I forgot which hole this was.... 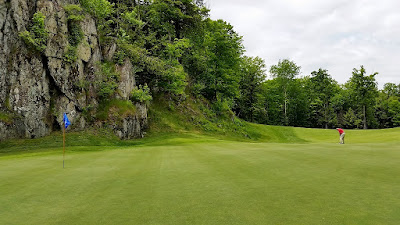 In case you were wondering why it is called "Greywalls" 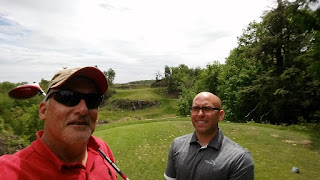 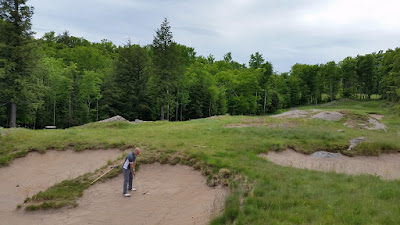 He got out. Eventually.

Matt says the course plays easier on the back. He is lying. 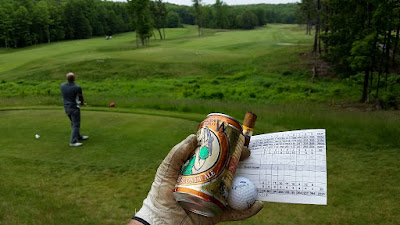 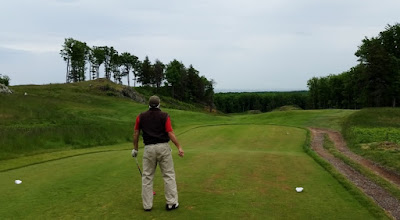