Wendy, Dad and I do some fishing and manage to actually land a few pike under a dramatic fall sky. 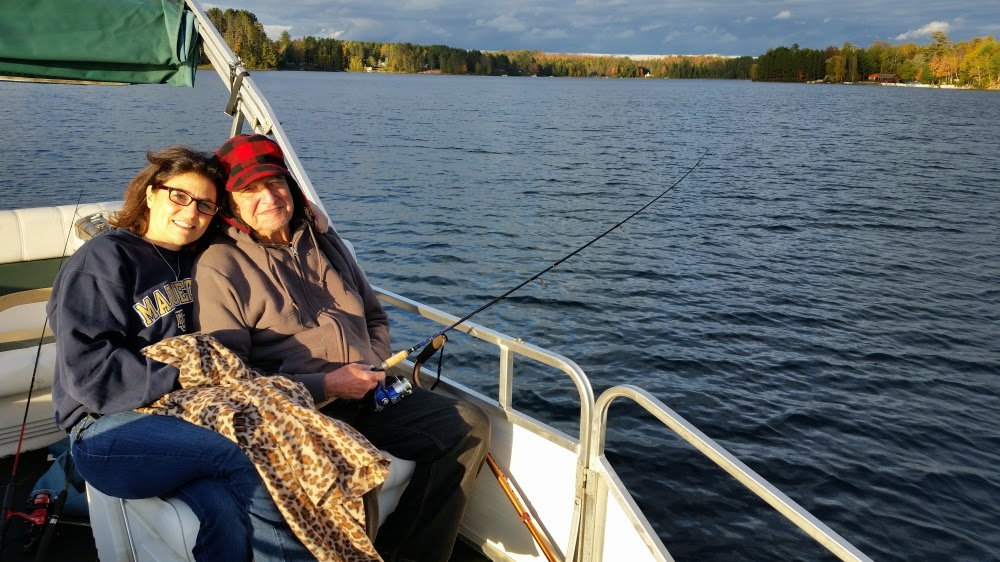 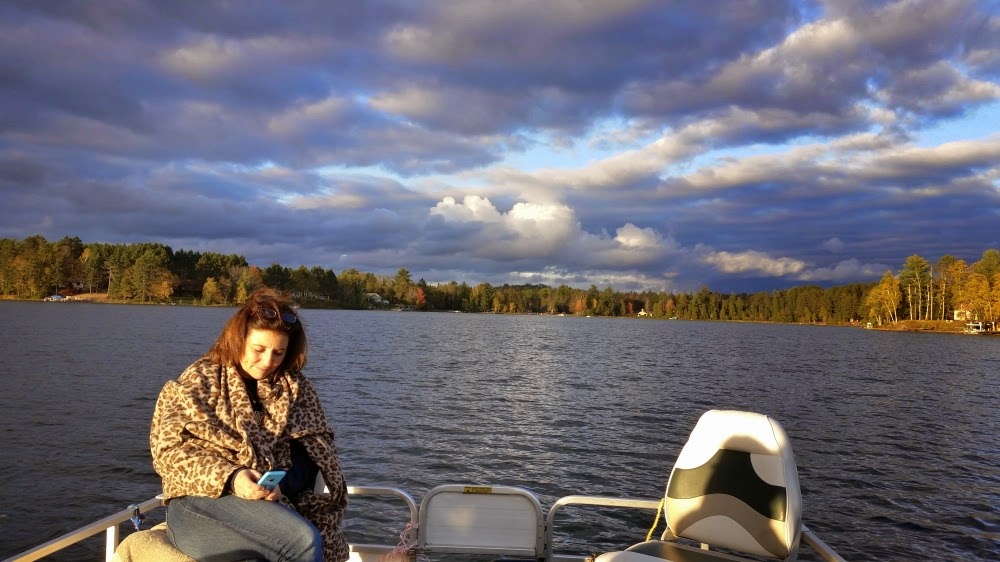 We find it helps to use a fishing net as opposed to a butterfly net when bringing fish on the boat. 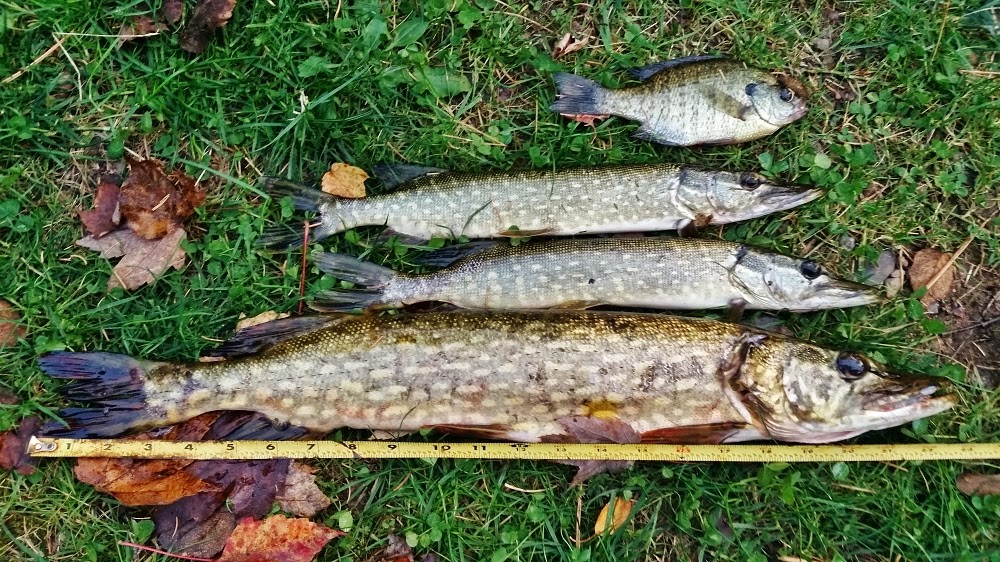 Zach, Kristy and Maverick arrive around 1:00 AM early Saturday. Zach departs by 5:00 AM for the opening of the duck season.

He was back in time for more fishing. 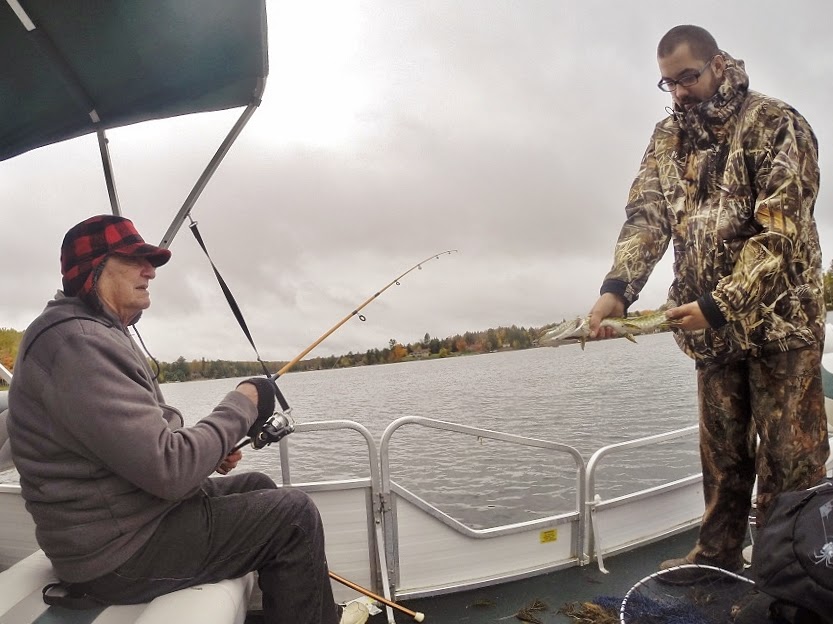 We stole his fishing pole and lures for the balance of the trip. 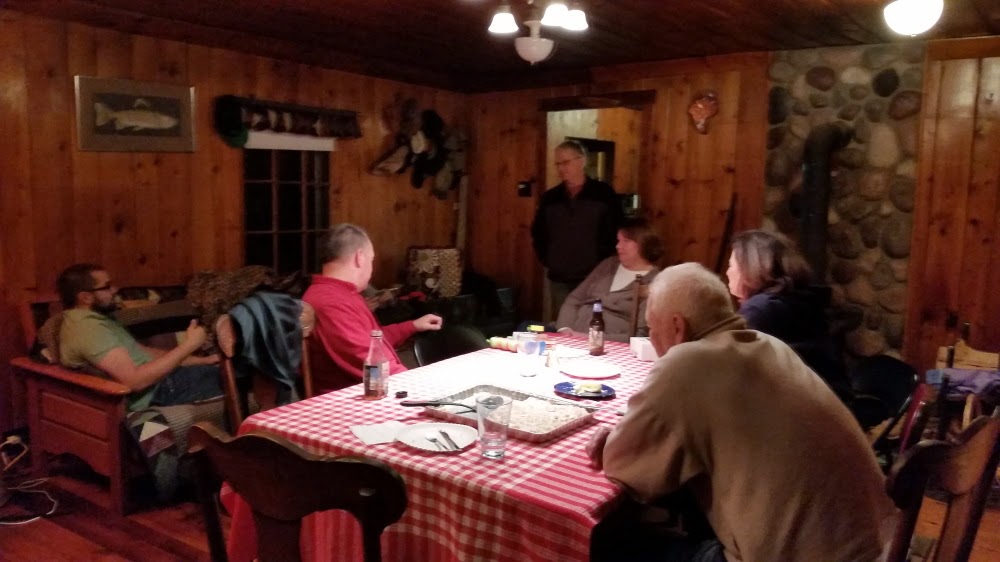 Zach's parents - Jake and Wendy - arrive Saturday evening for another family feast along with neighbors Larry, Cathy and Parker.


[SPACE RESERVED FOR PICTURES NOT TAKEN BY WENDY KRISTY AND ZACH]

I would have included more pictures here, however I was driving out to the Escanaba property when dinner was served (separate post - stay tuned) and apparently I was the only one to bother to snap a picture while they were here. This is it. I don't even have any pictures of Maverick.

In any case, we enjoyed Wendy (O's) stuffed pasta shells for dinner, accompanied by an extraordinary selection of deserts from Wendy (P) included frosted apple squares, cherry pie, blueberry pie, and selection of cookies.   It was all great.

Zach takes off duck hunting again early Sunday. Wendy and Kristy depart late morning. They leave me an enormous pile of dishes. But I am not complaining. I am not even going to mention it.

Dad and I have the cabin to ourselves for first time since we arrived.  We spend some quality time watching the Bears blow another game they should have won.

Shouldn't someone lose a job after this choke?

"Stupid or bad. No matter where you looked, the Bears played stupid or bad in Carolina on Sunday. Sometimes stupid and bad. The Bears could’ve walked through the beaten-up and badly beaten Panthers team Sunday. But no. They chose stupid and bad.

Jay Cutler threw two interceptions, both awful. One went into double-coverage, the other went high over the middle for itty-bitty Santonio Holmes. Matt Forte fumbled inside the Bears 25 in a tie game with less than five minutes to go. The offensive line gave up sacks on two of the last three plays, the latter causing a hope-killing fumble."

Why yes. Yes they should.  Two of the Bears three losses are against doormat teams where the Bears blew a lead.  I can't believe I am saying this, but Trestman is making me nostalgic for Lovie Smith.